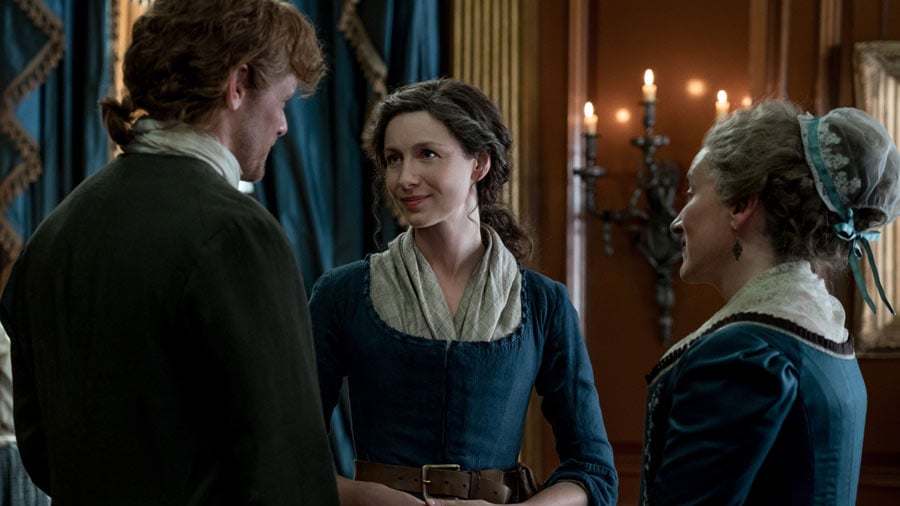 Fans of Diana Gabaldon's time-traveling adventure book series brought to life on the small screen are accustomed to having Outlander premiere in the Fall — three of its first four seasons premiered between August and November. Unfortunately, that is not the case with the upcoming fifth season, which we can expect on Feb. 16, 2020.

"Finally, to calm social media down, we will bring the end of 'Droughtlander.' The highly anticipated return of the epic and acclaimed series Outlander will debut its fifth season early next year," says Hirsch, to groans heard 'round the world.

Related:
Outlander: Why Murtagh and Jocasta's New Relationship Has "Some Surprises" in Store

That's right — we are still months away, fans. Not long after Hirsch's tease, Starz confirmed the show's February start date. Because Outlander seasons are 13 episodes long (after the first season, which ran 16 episodes), premiering the show this late signals a pretty big shift in the network's year-round Sunday night schedule, especially with American Gods premiering in the first part of April.

As for what we can expect story-wise, here's a rundown of what happens in book five, The Fiery Cross, though be warned of spoilers if you haven't read the books. What we're most curious about is how Murtagh (Duncan Lacroix) will continue to fit into the plot, because that character is no longer alive in the books at this point, so it will be interesting to see what the show does with him moving forward.