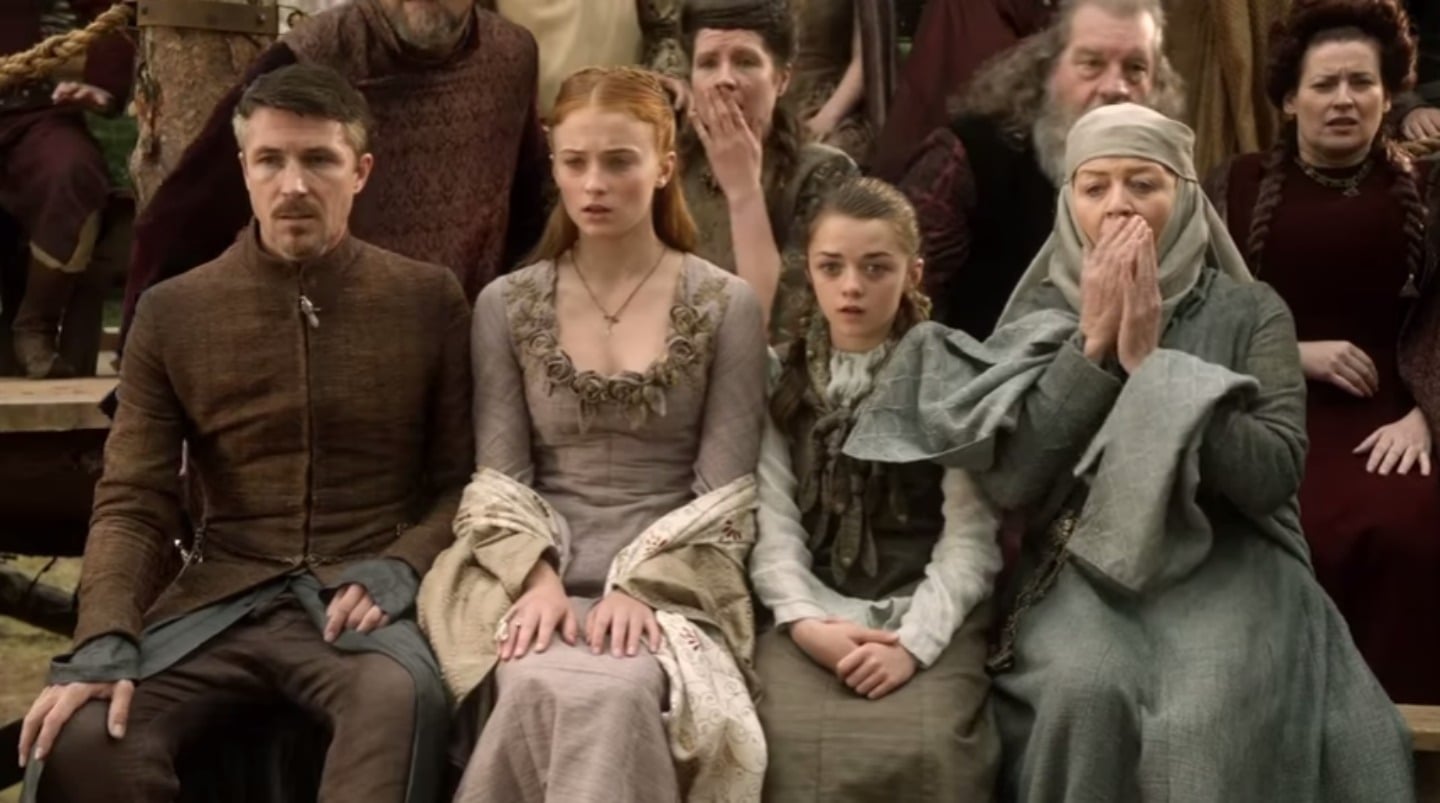 In the latest episode of Game of Thrones, we get another Stark family reunion. Arya Stark makes it back to Winterfell to see Sansa and Bran Stark after six seasons of separation. They have changed a lot since then, and chances are good that you probably forgot the last time you saw the two Stark daughters together. So when was it?

In the fifth episode of season one, "The Wolf and the Lion," Arya and Sansa are together at King Robert Baratheon's tournament, which he is throwing to celebrate Ned Stark becoming the Hand of the King. Arya and Sansa sit next to each other for the bloody tournament where there is a joust including Loras Tyrell, Sandor Clegane, Jaime Lannister, and more.

Related:
Here's Why You and The Hound Remembered That House in the Game of Thrones Premiere

The two sisters are sitting next to each other but actually don't interact during the tournament. This is because Littlefinger sits next to Sansa and decides to tell her the horrific childhood story of The Mountain and Sandor "The Hound" Clegane.

This might have been the last time the sisters are together and seeing each other, but it isn't the last time they are in the same location. That would be in "Baelor," in which Ned Stark gets beheaded. Arya watches the tragic event in the crowd while Sansa is up on stage with the Lannister family. They are in the same location, but Sansa doesn't know and they therefore don't acknowledge each other.

Thankfully their reunion was on much better terms than their last meeting — hopefully they have a lot more time together in the future!

Music
American Idol: Lionel Richie Said This Singer's Voice Only Comes "Once in a Generation"
by Chanel Vargas 1 hour ago