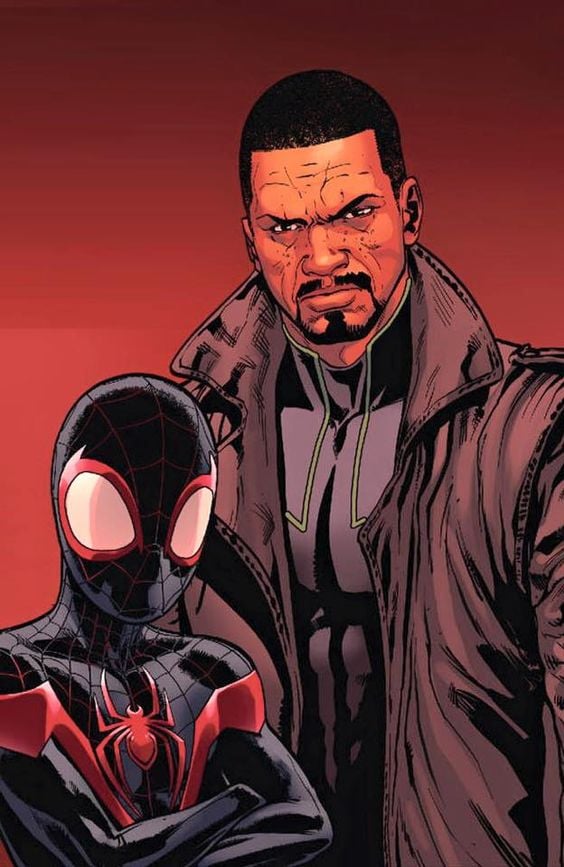 Warning: spoilers for Spider-Man: Homecoming below!

Of all the familiar characters that pop up in Spider-Man: Homecoming, one in particular should give any fan of the comics some pause: Aaron Davis. Donald Glover appears as the well-meaning criminal in the latest iteration of the web-slinger's story, and his arrival has some pretty serious (and exciting) implications for the Marvel Cinematic Universe. So, who is Aaron Davis, aka the Prowler, exactly?

The Prowler character first appears in the Amazing Spider-Man comics back in 1969, where he's just an engineer with dreams of becoming a hero. He builds his Prowler suit to rob the Daily Bugle and then turn that money in to the police under his real identity, Hobie Brown, and gain acclaim, but the plan goes off the rails and he ends up fighting with Spider-Man. Hobie isn't a bad guy at heart, though, and helps Peter Parker later on in other storylines.

The version of the Prowler we meet in Spider-Man: Homecoming, however, is not Hobie Brown. Instead, it's Aaron Davis, who fans will know from the Ultimate Spider-Man series, which is set in an alternate universe where Peter Parker dies after a brutal fight with the Green Goblin, who'd recently escaped from S.H.I.E.L.D. custody. Aaron is a career criminal and skilled burglar who's pulled off a number of heists with his brother, Jefferson, and later becomes known as the Prowler. Although Jefferson gives up his life of crime after he welcomes a son, Miles Morales, Aaron continues on as a thief. He eventually steals some tech from Oscorp on behalf of Roxxon (a massive petroleum corporation) but accidentally takes something else home from the lab as well: the same kind of genetically enhanced spider that bit Peter Parker and gave him his powers.

That spider ends up biting Aaron's young nephew, Miles, and it doesn't take long for the kid to start swinging through NYC himself. 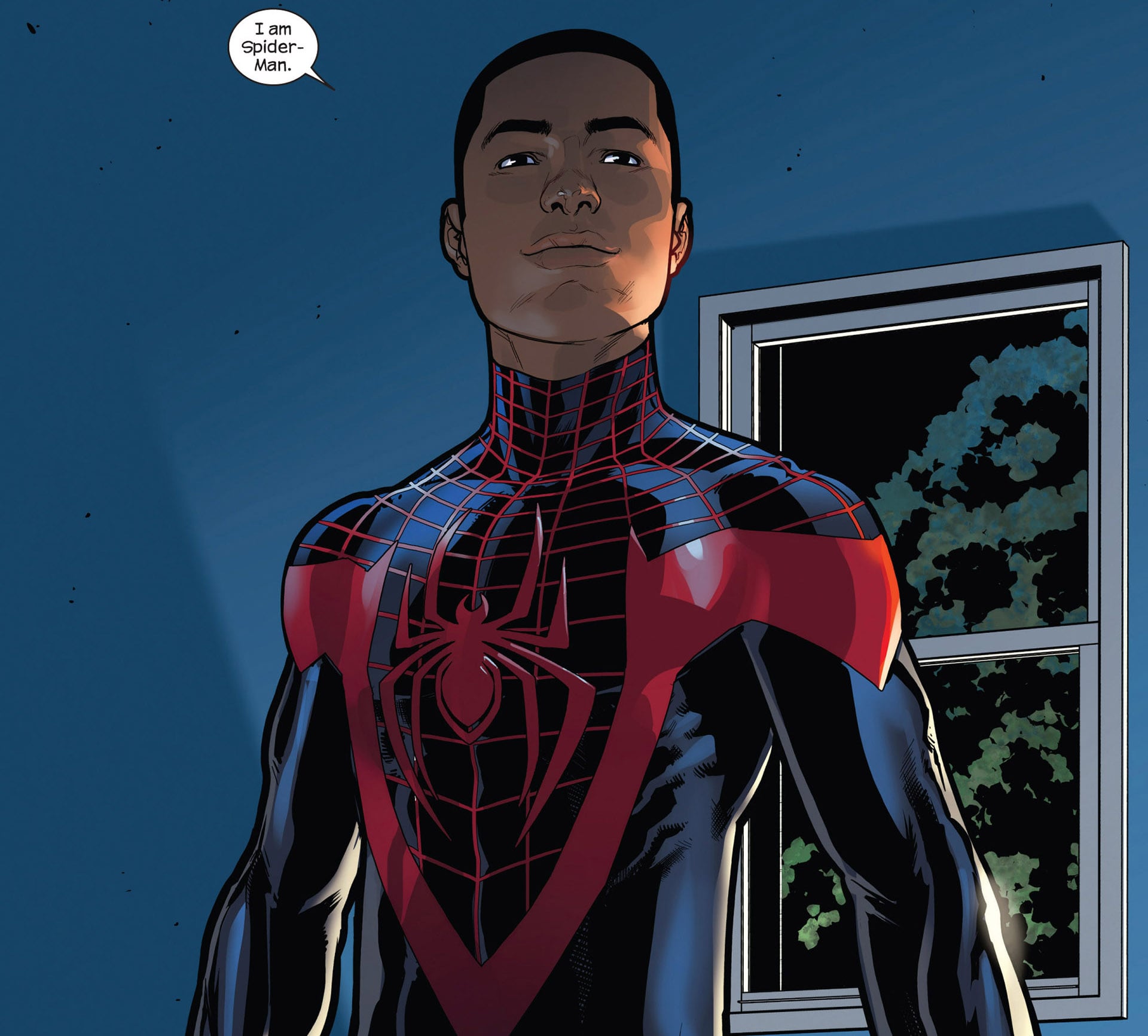 Though Miles and Aaron are initially close, their relationship deteriorates after Aaron discovers his nephew's powers and Miles finds out about his uncle's double life as a serious criminal. Aaron blackmails Miles into helping him defeat the Scorpion (a Mexican crime lord), and once they do, Miles refuses to help Aaron ever again, telling him he needs to leave their family and the city forever. Aaron responds by attempting to take Miles out with one of his vibro-shock gauntlets, but the plan backfires and one of the gauntlets explodes, leaving Aaron severely injured. Unfortunately, he succumbs to his wounds the next day. 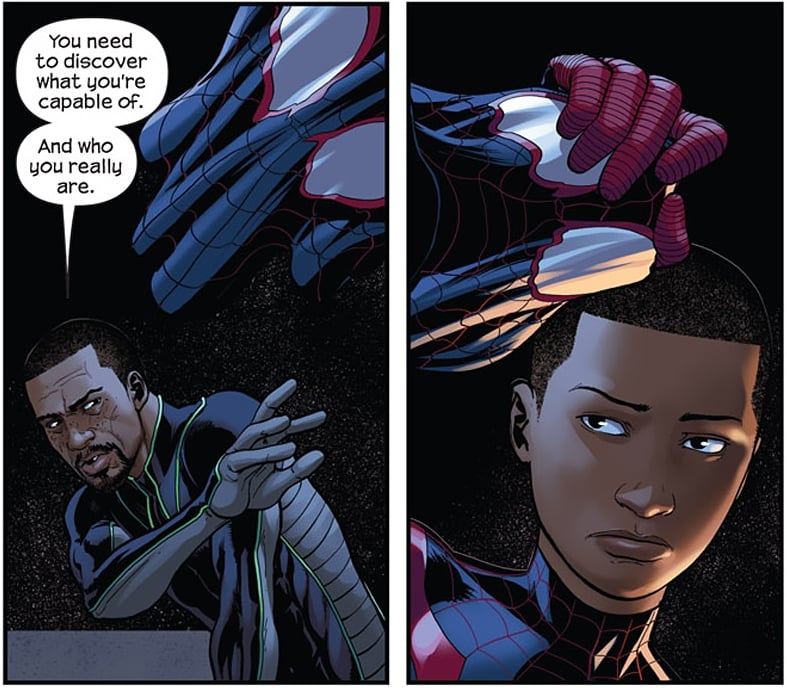 This, of course, is not at all featured in Homecoming. In fact, the movie just barely acknowledges the existence of Miles with a throwaway line. The important thing, however, is that he acknowledges him at all. It means that Miles Morales is in the same universe as Tom Holland's Peter Parker and that one day far, far in the future, he might take up Spidey's mantle.

Lizzo
The Rumored Eternals Soundtrack Is Full of Certified Bops by BTS, Lizzo, and More
by Maeve Reilly 8 hours ago