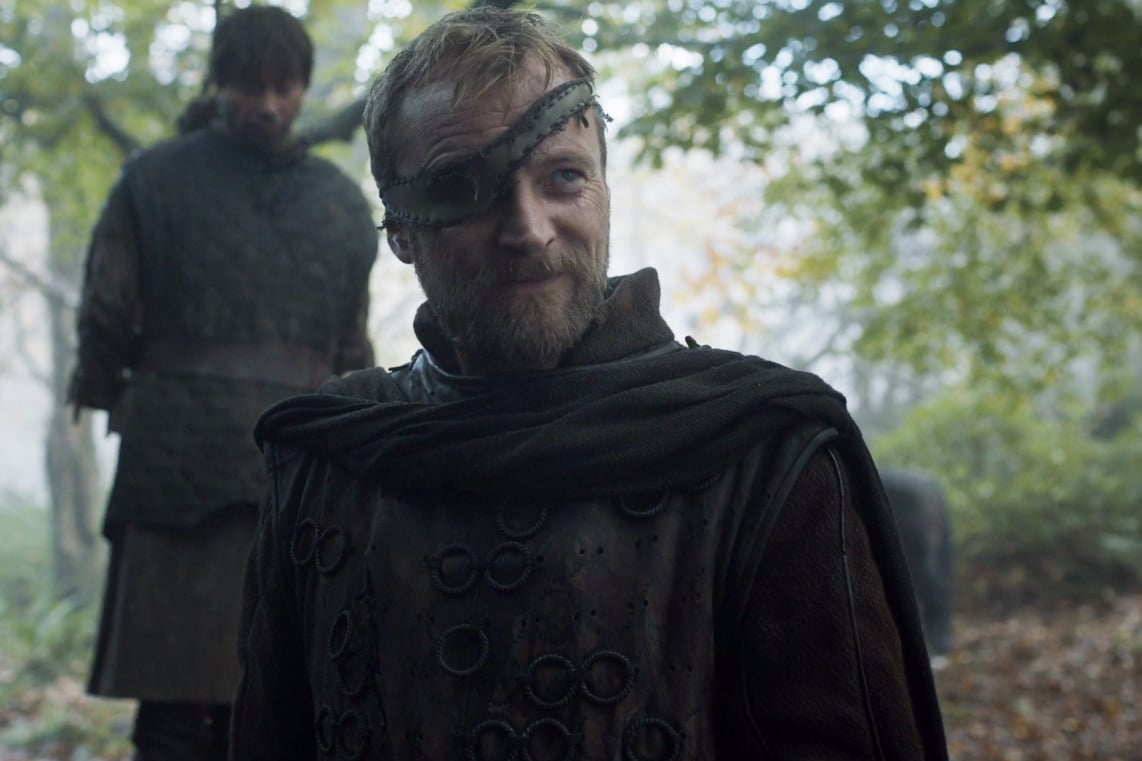 This season of Game of Thrones is shaping up to be the season of returns. The Blackfish and the Hound have returned after long disappearances, and Sunday's episode sees another return: Beric Dondarrion, the elusive leader of the Brotherhood Without Banners, meets the Hound in the Riverlands.

Who Is Beric Dondarrion?

Beric is among the fighters Ned Stark sends out to the Riverlands while acting as Hand of the King. Beric's initial mission is to execute the Mountain and restore peace to the land. The Mountain does eventually kill Beric, but luckily for Beric, the disgraced priest Thoros of Myr resurrects him. After Ned's death, Beric gathers his forces and becomes the leader of the newly formed Brotherhood Without Banners, dedicated to protecting the smallfolk and resisting the Lannisters.

Why Is He Always Dying?

Beric freely admits to the Hound in Sunday's episode that he's not the best fighter in Westeros. In fact, Beric has died a total of six times. When the Brotherhood captures Arya in season three, he fondly recounts his many deaths to her, including his initial impalement at the hands of the Mountain. Beric is a convert to the religion of the Lord of Light, the same as Melisandre and Thoros of Myr. Thoros can bring Beric back every time he dies using the power of the Lord of Light. But Beric's many lives come at a price: he's heavily scarred from his deaths, and he tells Arya that he remembers less and less about himself.

What Is He Doing in the Latest Episode?

In Sunday's episode, the Hound runs into Beric as he's about to execute Lem (aka Lemoncloak) and the other Brotherhood Without Banners men who murdered Brother Ray and his followers. The Hound reminds Beric that he's killed him before, but Beric takes it in stride. He's worried about bigger fights; namely, the fight against the White Walker forces in the North. He attempts to recruit the Hound to fight against the bigger threat. Beric is one of the few people south of the Wall who's aware of or worried about the White Walker threat. Could he play a role in the wars to come?