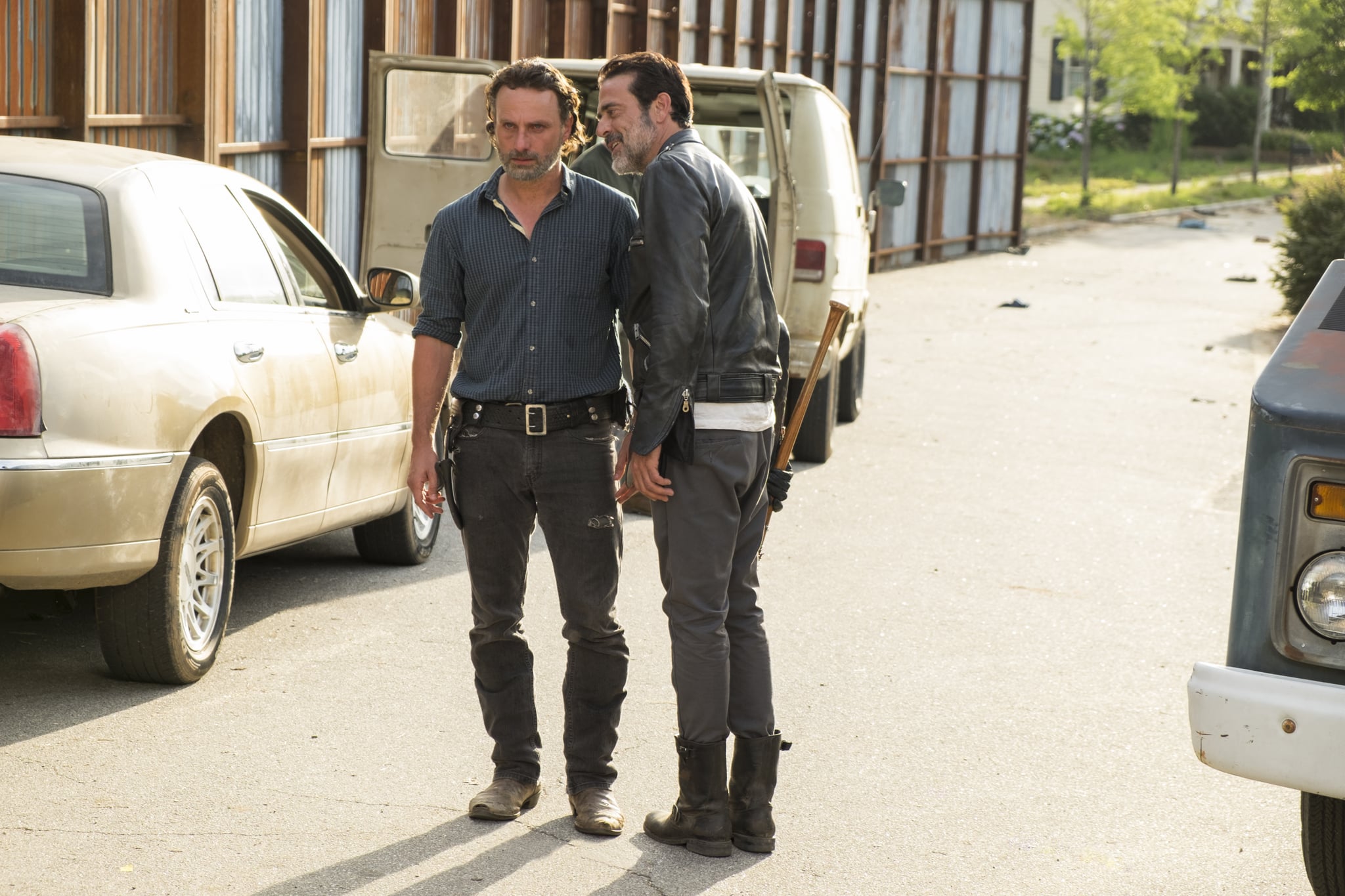 The stage has been set for war between Negan's Saviors and the rest of the communities on The Walking Dead. The show's Winter finale proved that Negan is still not one to trifle with, as not only does Spencer's storyline from the comics come true, but someone else dies, too.

Just as we figured, Spencer seizes the opportunity to talk to Negan while Rick is away gathering supplies. He tells him that Rick doesn't work well with others and that he, Spencer, should be the leader at Alexandria. Negan lets him talk (he's also busy kicking Spencer's butt in a game of pool), then finishes the conversation by telling Spencer that he has no guts — then slicing his midsection open, literally spilling all his intestines onto the pavement. Again, just like the comics.

In the aftermath, Rosita tries (and fails) to shoot Negan with Eugene's homemade bullet, and Negan is so intrigued by the ingenuity that he insists the group tell him who is making bullets. Eugene eventually surrenders himself, but not before Negan orders Arat, a member of his army, to kill someone. The unlucky second victim? Olivia, the woman who's been looking after Judith. RIP to both fallen soldiers.