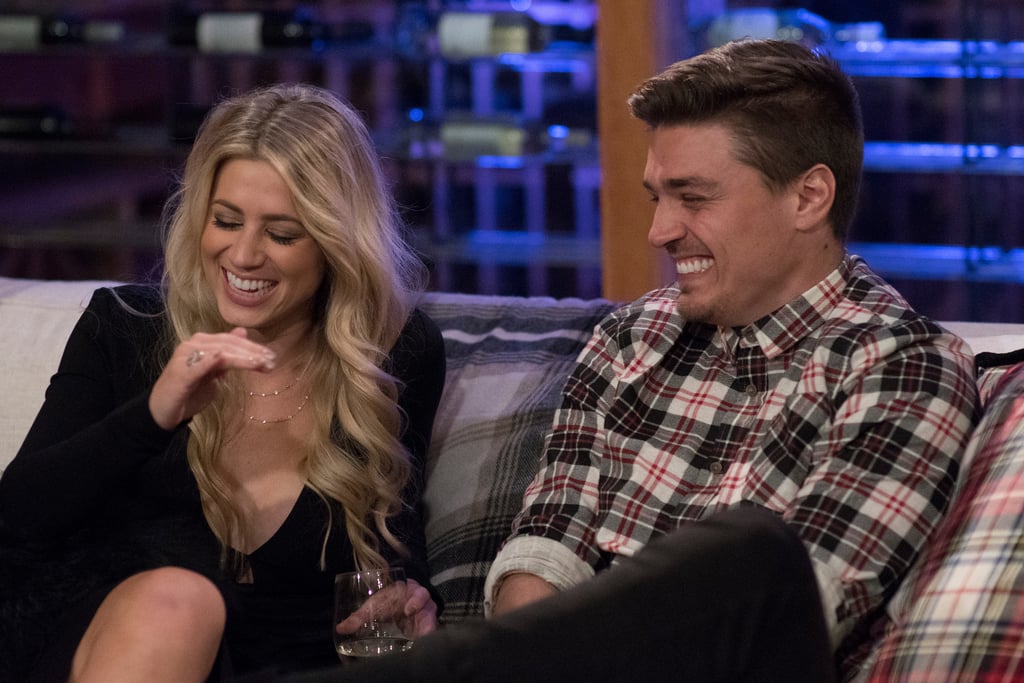 Along with the rest of Bachelor Nation, we just about lost our minds when a new Bachelor spinoff was announced! Sure, we're used to Bachelor in Paradise, but a totally different concept, based in the cold instead of on a steamy-hot island? Well, we just weren't prepared for it. But oh is The Bachelor Winter Games good . . . so very good. Now, should we be using this time to watch the real 2018 Winter Olympics in Pyeongchang since it only occurs once every four years? I mean, maybe . . . but that's why DVR exists.

A huge component of The Bachelor and The Bachelorette is that contestants often start to get serious feelings really early on, and it doesn't look like the Winter Games version will be any different. In fact, six pairs, made up of singles from all over the world, locked lips during the series' premiere. Yes — already! Who are they? Behold . . .