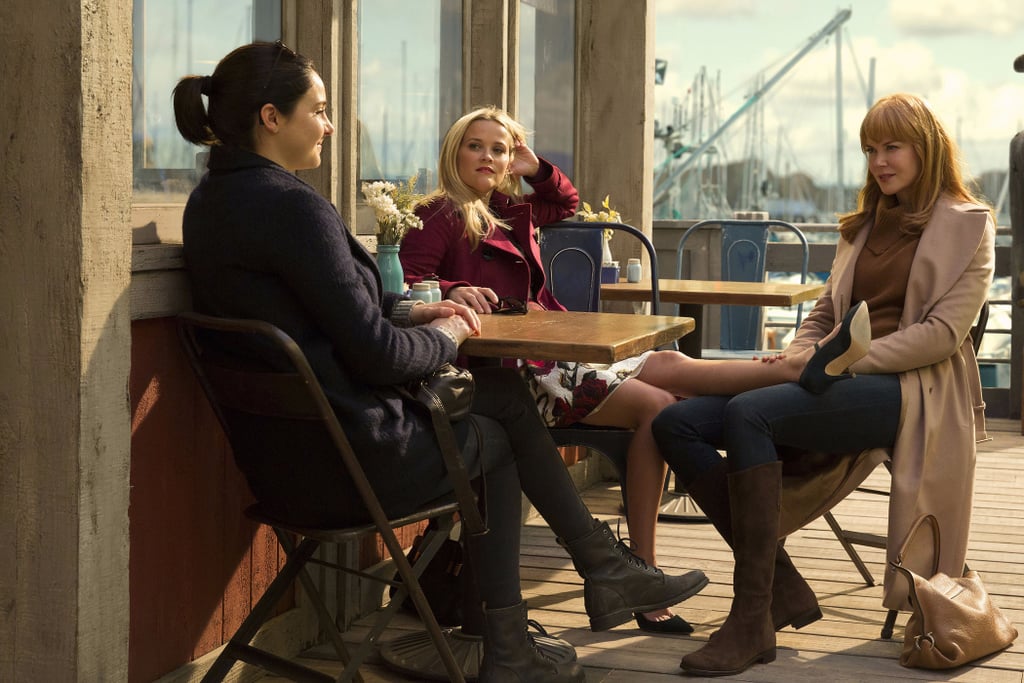 Big Little Lies is HBO's latest buzzy series, and it deserves the attention: it is based on the bestselling novel by Liane Moriarty and has a star-studded cast, including Reese Witherspoon, Nicole Kidman, Shailene Woodley, Zoë Kravitz, and Laura Dern. Not only is the production quality predictably excellent (this is HBO, after all), but another reason we're obsessed is the show's murder mystery.

The finale aired on Sunday (can there please be a season 2?), and we finally discovered who died and who did it. Of course, the book Big Little Lies has been out since 2014, so book readers already know the answer, but for those of us who only watched the show, the biggest little secret is that Perry was accidentally murdered by Bonnie during the school's trivia night. After Perry tries to talk to Celeste to convince her not to leave him, he gets violent with her, Renata, Madeline, and Jane because Jane realizes that he's actually Saxon Banks, or Ziggy's father. When Bonnie sees this, she runs down and pushes him off the balcony and he falls to the stairs below and dies. While she confesses to police in the book, the women appear to keep quiet in the show and end up becoming a closer group of friends because of their pact (while being mysteriously watched by someone). Even though we finally know the answer, look back at our other possible theories that we had during the show below!