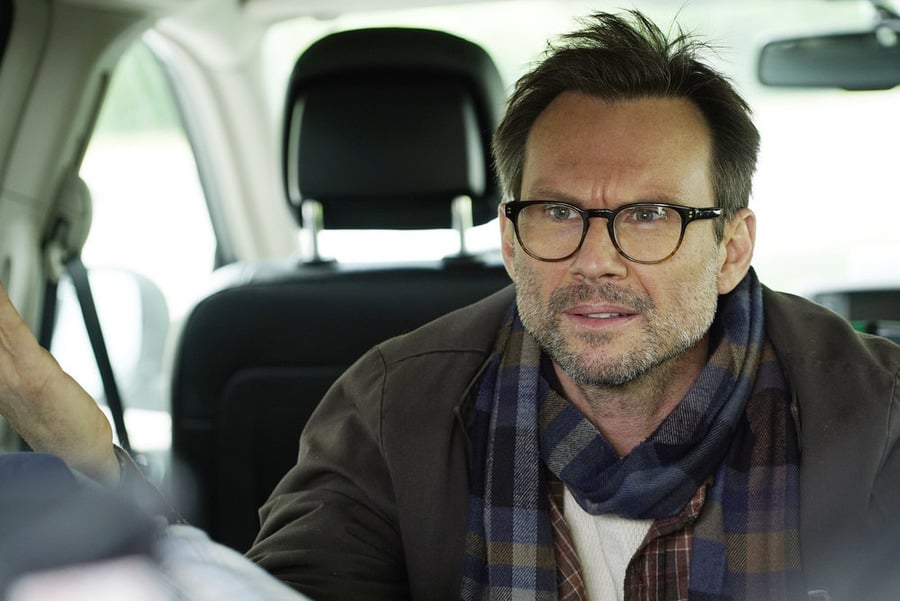 Mr. Robot is an original and groundbreaking show and you should watch it, but if you don't want to and you really just want to know who the hell Mr. Robot is, well, we can help with that. Here's the simple version, and yes, all the season one spoilers follow.

Elliot (Rami Malek) is the show's main character. In the first episode of season one, he is approached by a mysterious man (Christian Slater) who leads him to a club of hackers known as fsociety. Throughout the season, they converse in a number of settings, and it's not just Elliot that he's talking to; he also has discussions with at least two other characters. For the most part, though, he has scenes with Elliot. This is because — drumroll please — the man doesn't exist.

Mr. Robot is a figment of Elliot's imagination. He represents a number of things in Elliot's brain, but he looks just like Elliot's father, who died when Elliot was young. The audience knows him as Mr. Robot because that is the name of the computer repair shop that he ran when Elliot was growing up.

And there you have it. I can't believe you ruined this for yourself. At least watch season two, you maniac.