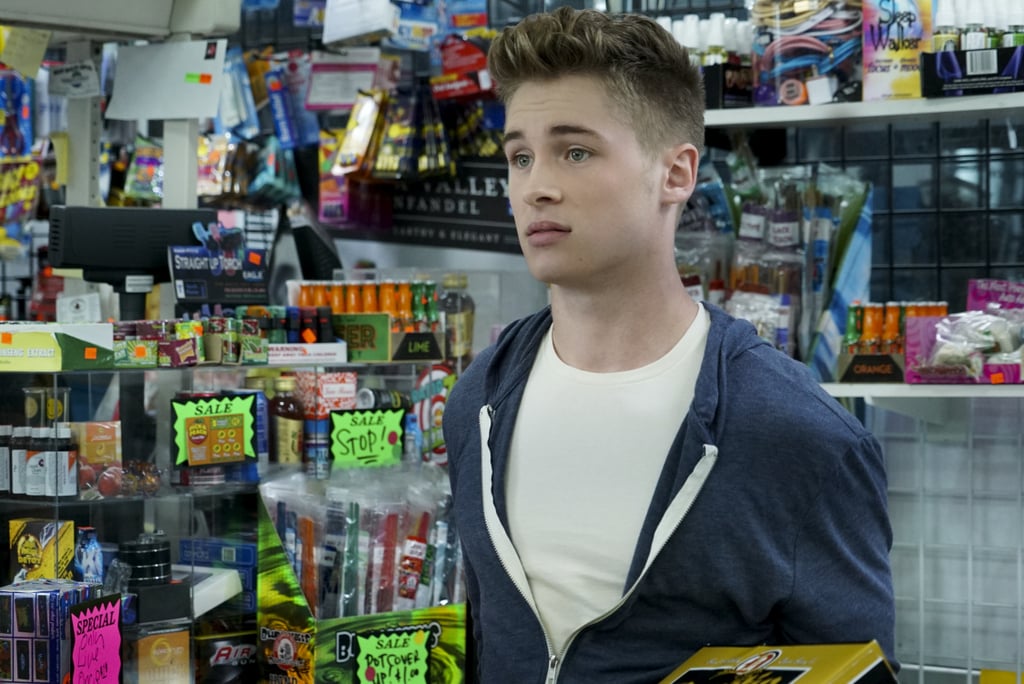 Insatiable has been making major headlines since its first controversial trailer dropped, but that hasn't stopped people from binge-watching the crazy first season on Netflix. While the show's lead star, Debby Ryan, is easily recognizable to Disney Channel fans, there are a few fresh faces in the mix, including Michael Provost. The 20-year-old actor, who plays Brick on the show, only has a handful of acting credits on his résumé. In fact, Insatiable is one of his first big roles.

In addition to playing Patty's high school crush, Provost has appeared on shows like Netflix's #REALITYHIGH, Hulu's Chance, the History Channel's Six, and in the 2016 film Elbow Grease. While it's still unclear whether or not Provost be reprising his role as Brick anytime soon, he is set to star in Saving Zoë alongside Vanessa Marano, Laura Marano, and Nathaniel Buzolic.

Hulu
This May Be Shrill's Final Season, but We'll Jam to This Soundtrack For Life
by Amanda Davis 15 hours ago

Nostalgia
The One Where They Get Back Together: Watch the First Teaser For the Friends Reunion
by Monica Sisavat 20 hours ago