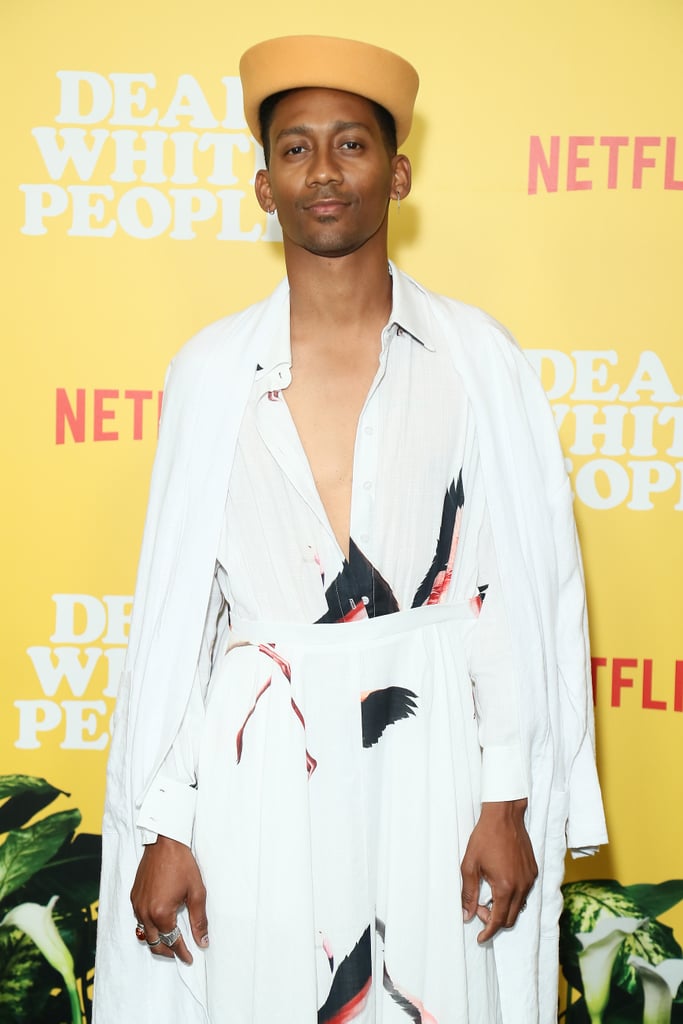 Already in Love With D'Unte on Dear White People? Join the Club

The third season of Dear White People is creating some serious buzz, and no one is getting more of it than actor Griffin Matthews, who plays breakout character D'Unte. Quippy, smart, and unapologetically gay, D'Unte is charming everyone, on screen and off. According to a tweet by creator Justin Simien, D'Unte is actually based on a real person who is no longer alive, but whose legacy has stuck with those who knew him.

"D'Unte was a beautiful soul I met in high school. He was fire with legs. One of a kind. And ahead of his time. We lost him too soon so today we say his name loud AF," Simien tweeted.

After making his small-screen debut in an uncredited role in the 2005 pilot episode of Numb3rs, he's been working steadily ever since. Matthews has several years' worth of guest starring roles on his résumé, including everything from the late-2000s 90210 remake to sci-fi Torchwood to not one, but two different spin-offs in the Law and Order franchise.

He's much more than just a screen actor, though: he's a writer, too. With writing partner Matt Gould, Matthews is a musical theater writer whose shows, Witness Uganda and The Family Project, deal with the specific experiences of being black and gay. Witness Uganda, which focused on government-approved homophobia in Uganda, also is related to another project of Matthews's: UgandaProject, a nonprofit sponsoring education for Ugandan orphans.

It's pretty clear why fans are falling for Matthews's character and for Matthews himself. Read on to see what fans are saying.