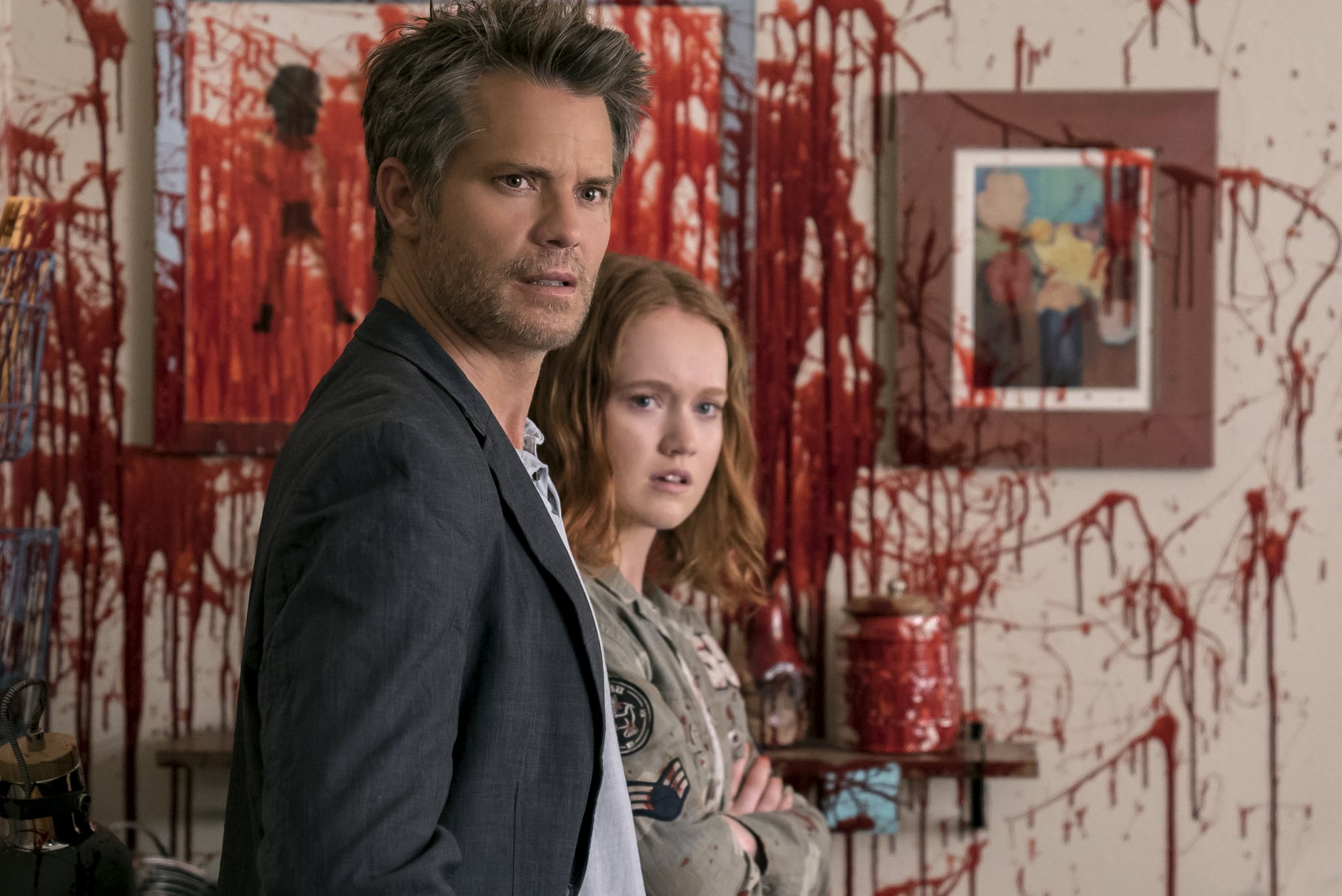 Big spoilers for season two of Santa Clarita Diet ahead!

Santa Clarita Diet is officially back for season two, and in all honesty, the new episodes of Netflix's zombie comedy far surpass the first season. They're funnier, gorier, and have something that I didn't even realize I was missing: Nathan Fillion's talking, rotting, severed head.

As a refresher, the first (and seemingly last) time we see Gary is in the pilot episode, "So Then a Bat or a Monkey," when he aggressively attempts to put the moves on the recently-undead Sheila (Drew Barrymore). Despite her protests, he continues to assault her, which is when she decides he's the perfect candidate to be her next meal. Sheila turns the tables on Gary by literally eating him alive, and later she and husband Joel (Timothy Olyphant) head out to the desert to bury the tattered remains of his body.

Fast forward to season two, and realtor power couple Joel and Sheila are given a high-profile development to sell. The only problem? The new homes are going to be built on the exact same plot of land where they buried Gary. They journey back out there in the middle of the night to destroy the evidence once again, where they discover a very chatty Gary, sans torso. 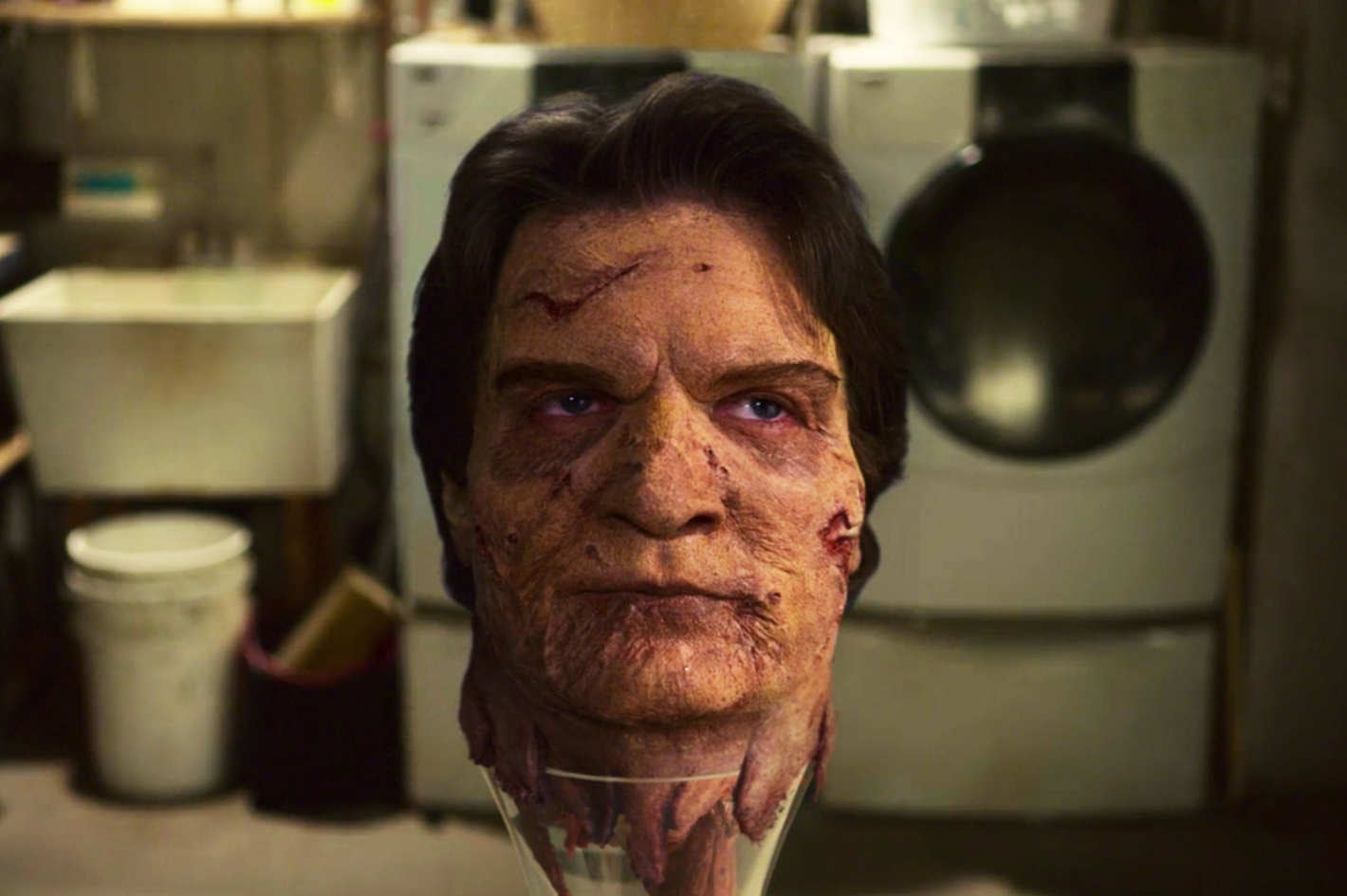 Gary begs Joel and Sheila not to put him out of his misery until they complete his final wish: ensuring his niece can live a comfortable life. Of course, even after they do that, the couple can't help but keep Gary around — he's a lot nicer than he used to be, and he's also the only one Joel can really open up to about the zombie business.

At the end of the day, it's an unexpectedly original gag that adds just the right amount of zaniness to each episode. I know I personally will never tire of seeing Fillion's disembodied head dole out wisdom while perched inside a vase. The decision to bring the Castle star's character back from the dead was actually one of the things that had both the cast and production team most excited for season two. When I sat down with Barrymore and Olyphant in February, they couldn't help but gush over the campy twist.

"There's a character [reintroduced] this year, and it was one of my favorite ideas," Olyphant said. "When [creator Victor Fresco] brought that up, because we had spoken a few months before we shot going over some of the things they were thinking, well, when he said that, I was like, 'Stop! That has to happen. That's genius.' That character has a life throughout. It's such an unexpected, wonderful character this year."

Barrymore quickly chimed in, noting that she was ready to do just about anything to make Fillion's return happen. "When Victor told it to me, I said I would give up my salary, and if the person says they're unavailable or can't do it, I'm gonna show up at their house and camp out until they agree."

While it's safe to assume Barrymore didn't end up setting up shop on Fillion's lawn, I'm endlessly grateful the Santa Clarita Diet team was able to make it happen.