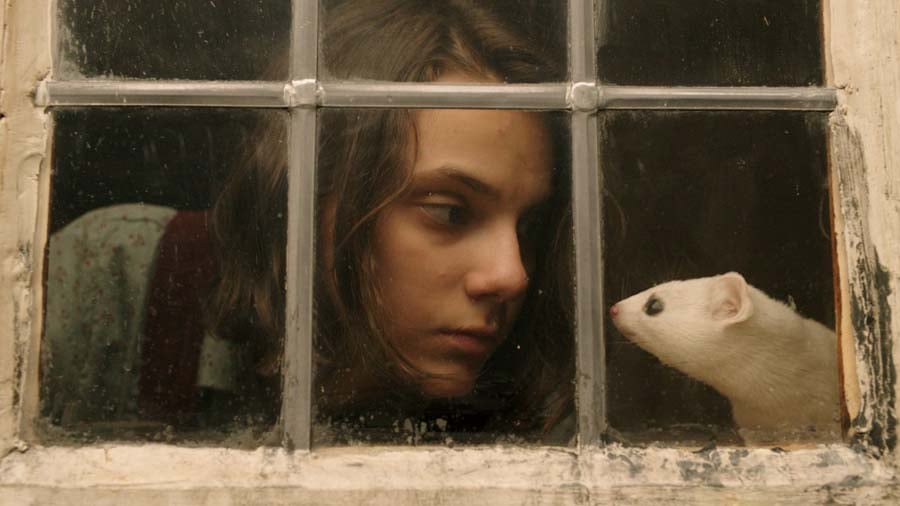 In 2019, the way women are represented in movies and on television shows has come a long way — but there is definitely a long way to go as well. Luckily, HBO is doing its part this Fall with His Dark Materials, a new fantasy adventure series starring Dafne Keen, Ruth Wilson, James McAvoy, and Lin-Manuel Miranda.

Keen plays Lyra Belacqua, the heroine of Philip Pullman's epic trilogy set in a parallel universe where she finds herself embroiled in a cosmic war between the rigid, ancient Magisterium authority and the supporters of the Republic of Heaven, a concept that people can live good lives without the control of the Magisterium. Lyra becomes a pivotal figure in this battle, coming of age as she tries to help her loved ones and figure out who she is at the same time.

Keen told the 2019 TCA Summer press tour that she's thrilled to be playing such a tenacious character and that show business is still really lacking a lot of young adult female leads.

"I feel [Lyra is] very needed right now because we don't usually have young woman leads. We have more and more, thank God, but they're not something that we have in abundance, and especially having to portray a character who is so strong and is so determined and who is a hero is very fun to do, and I feel very privileged to be able to do that," said Keen.

Executive producer Jack Thorne added that Pullman could easily have made the focal character Lyra's uncle, Lord Asriel (McAvoy), but didn't. Pullman chose to tell the story from he perspective of an 11-year-old girl, which is quite refreshing in today's media landscape.

"One of the things that I think is most beautiful about this book and the thing that I have sort of tried to keep in our heads as we're going through this entire process was Philip could've told this story from the perspective from Lord Asriel. If this was a Marvel movie, it would be Asriel's story," said Thorne with a laugh. 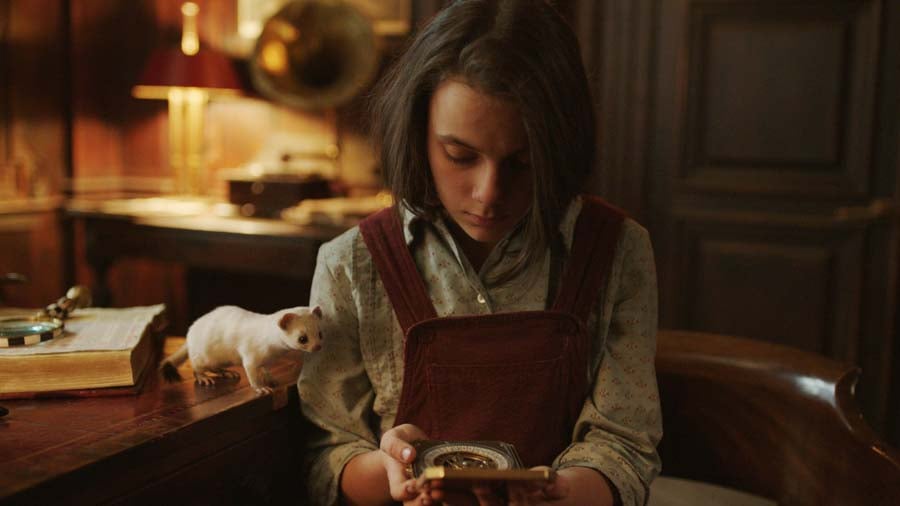 He added that Asriel is a "wonderful, brilliant character," but he is intent on doing "great" things, "amazing acts that will redefine the world," while Lyra is interested in one thing — "doing the right thing. Doing the good thing."

"I think that dichotomy between goodness and greatness is something that this book so beautifully plays into. And we've tried to keep that in mind all the way through our telling of it."

His Dark Materials will premiere in Fall 2019 on HBO.

Celebrity Families
Olivia Culpo Recalls an Ex Who Did "Really Horrible, Horrible Things" to Her in "The Culpo Sisters" Trailer
by Monica Sisavat 2 hours ago