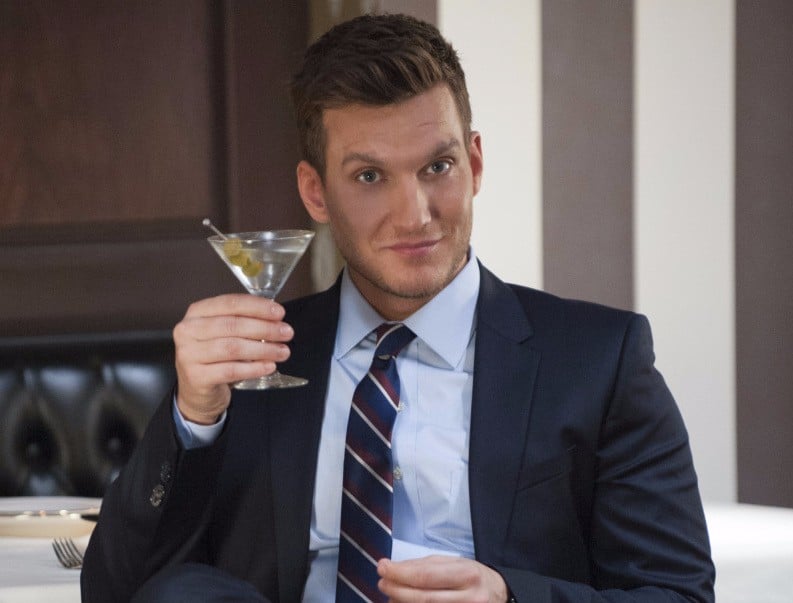 Scott Michael Foster, the artist formerly known as Cappie, has come a long way. He's all grown up and on one of our favorite shows, Crazy Ex-Girlfriend, and though he starts out as one-dimensional and shallow as Rebecca's boss Nathaniel, he starts to evolve a little by the end of season two. By the beginning of season three, he's full-on pining for Rebecca, and as her attraction to him has grown, so has ours. Gone is Foster's long hair and casual-cute wardrobe — as a sharky lawyer, he's all slick tailored suits and cheekbones. And all we have to say is: damn. Here's a tribute to Crazy Ex-Girlfriend's (hopefully) future boyfriend.