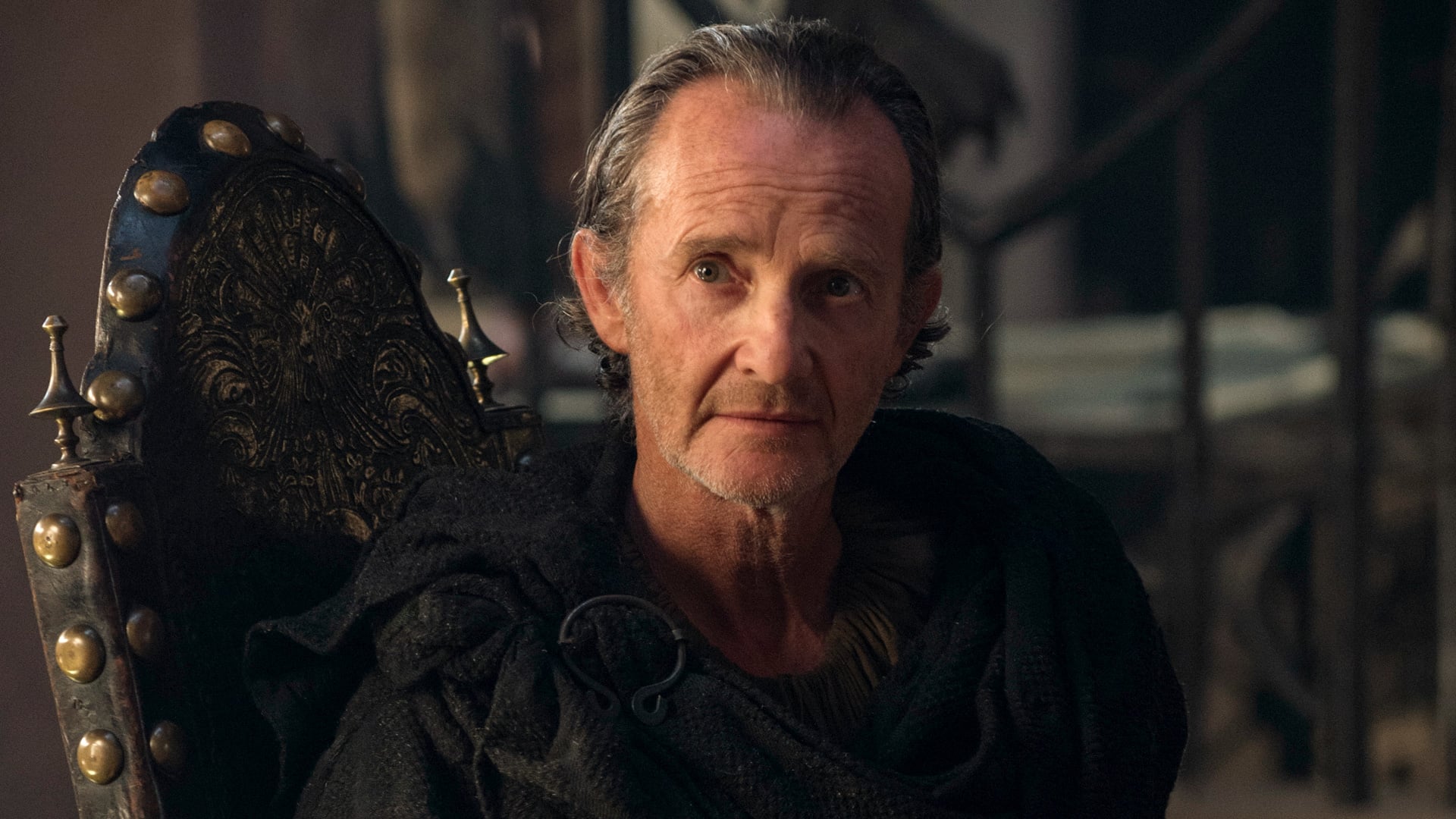 With Varys out of the picture on Game of Thrones (at least as far as King's Landing is concerned), it seems we have a usurper of the title "Master of Whisperers": Qyburn (Anton Lesser). In the third episode of season six, we see Qyburn helping out some children, asking them questions and offering them sweets (candied plums), as Varys used to do.

These children are revealed to be the spies that Varys used to use to gather information, or what he called his "little birds." When Cersei joins them, Qyburn tells her that they are her little birds now. She fully embraces this concept and tells him to have these little birds listening everywhere. Qyburn, it seems, is fully in her confidence. But what do we actually know of Qyburn? And what are he and Cersei really scheming about?

We all loved watching Varys pull the strings, so watching this much more devious man work the same magic should be quite entertaining. This is especially true as we've reached a point in the show where Cersei seems about to wage war on the Faith Militant and anyone who has anything negative to say about her. Let's see what happens!

Star Wars
After 45 Years, James Earl Jones Is Hanging Up His Cape as Darth Vader
by Chanel Vargas 7 hours ago