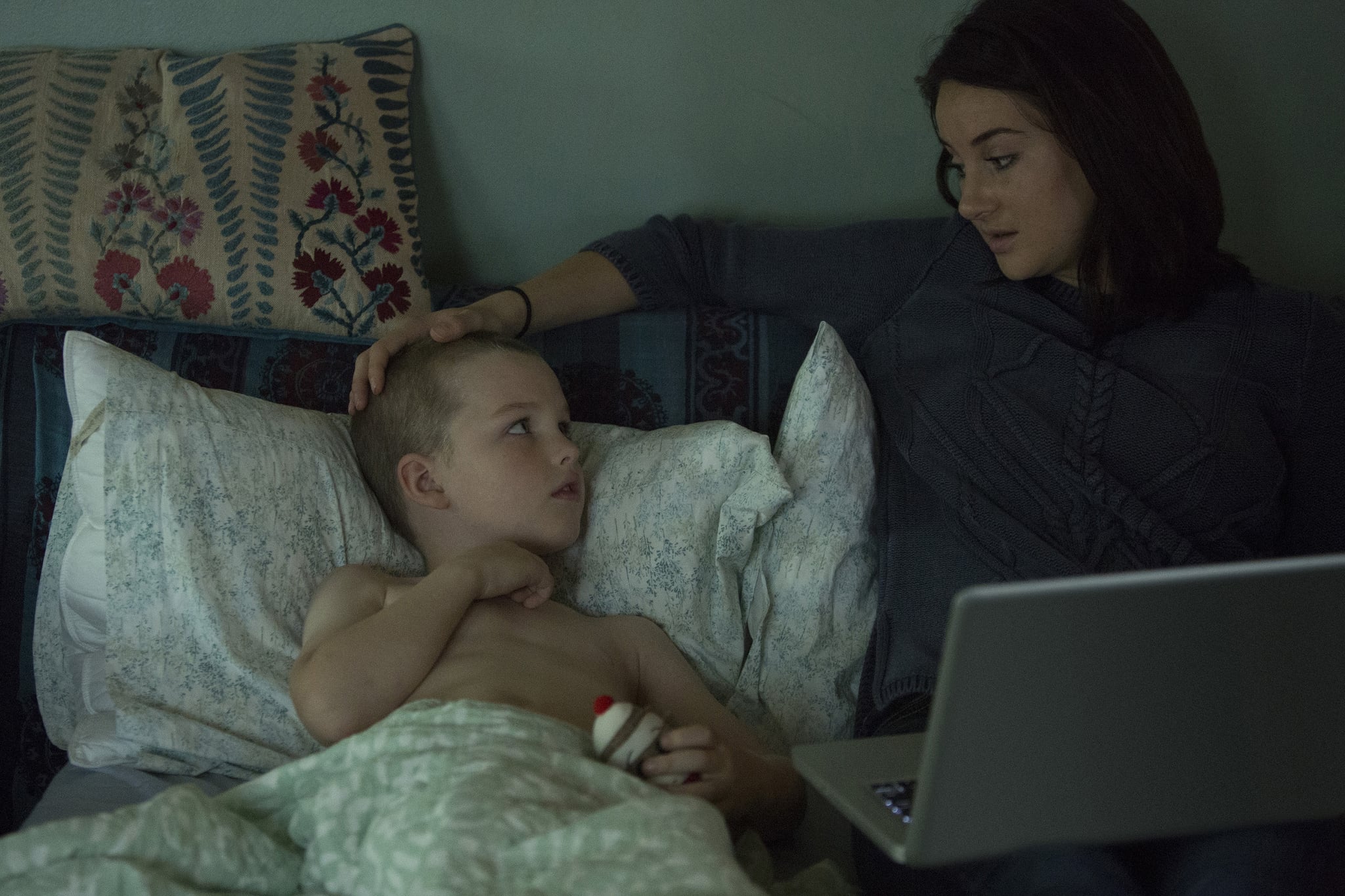 Of all the stories and issues that surround our favorite group of moms in Big Little Lies' first season, one of the biggest mysteries is the identity of Jane Chapman's rapist. Played by Shailene Woodley, Jane is a newcomer to the affluent Monterey community and is raising her son Ziggy as a single mom, struggling to make ends meet. Jane is clearly haunted by a trauma from her mysterious past, but she refuses to talk about it. She soon realizes that she won't be able to avoid discussion for much longer — Ziggy has questions about his father and he wants answers.

Slowly, Jane entrusts her new group of friends with the dark truth behind Ziggy's paternity: his father is a man who went by the name Saxon Banks and raped her. Understandably, Jane doesn't want to tell her son the awful details of his conception, but it's clear that Ziggy knows there's more to the story than his mother is telling him.

The explosive finale of season one reveals the horrible truth: Saxon Banks is really Perry Wright (Alexander Skarsgård), the husband of Jane's good friend Celeste Wright (Nicole Kidman) and father of her twin sons. She makes the connection during the heated confrontation between Perry and Celeste at trivia night in the season finale, recognizing his face as he demands for Celeste to leave with him. It's obvious that Perry recognizes Jane as well and the Monterey moms watching the interaction quickly realize what's going on. The resulting scuffle — with Perry trying to drag Celeste away and the other moms coming to her defense — ends with Perry's death and the overwhelming sense that things have only gotten more complicated.

Despite being technically free of Perry's abuse, both Celeste and Jane now have to deal with the consequences of that night. Ziggy still wants answers to his questions about his father and Jane won't be able to lie to him much longer. But if she reveals that Perry is Ziggy's father, that would make the circumstances surrounding his death even more suspicious than they already are. It definitely won't help Celeste's case if the police find out that she learned about Perry's actions the same night he "tripped" and died. And what would it mean for Celeste and her sons? We can't imagine they'll be one big happy family with Jane and Ziggy, especially considering how Max, one of Celeste's twins, was bullying Ziggy back in season one.

Related:
Here's What Meryl Streep Is Talking About in the Big Little Lies Trailer

In the book, Celeste moves into a beachfront condo with her boys and transfers them into another school. She also sets up a trust fund for Ziggy that's the exact same amount as the twins, telling Jane that Perry would want Ziggy to be taken care of. Since none of that happens during the first season of Big Little Lies — and the second season opens with the Wright family in their original home — it's safe to say that Celeste isn't making big moves just yet. The premiere does allude to the idea that Celeste has set up some monetary assistance or back child support for Jane, with the former asking the latter why she hasn't been cashing checks and reminding her that "Ziggy's entitled to it. He's part of Perry's estate."

But when it comes to Celeste taking her kids away from their childhood home, we'll have to see how the story progresses over the seven-episode season. Maybe, with the truth out and their financial futures secure, some of the weight will be lifted off Jane and Celeste's shoulders and they could see about living their lives for themselves and their sons this time around. We can only hope the series ends on as hopeful a note as the novel.