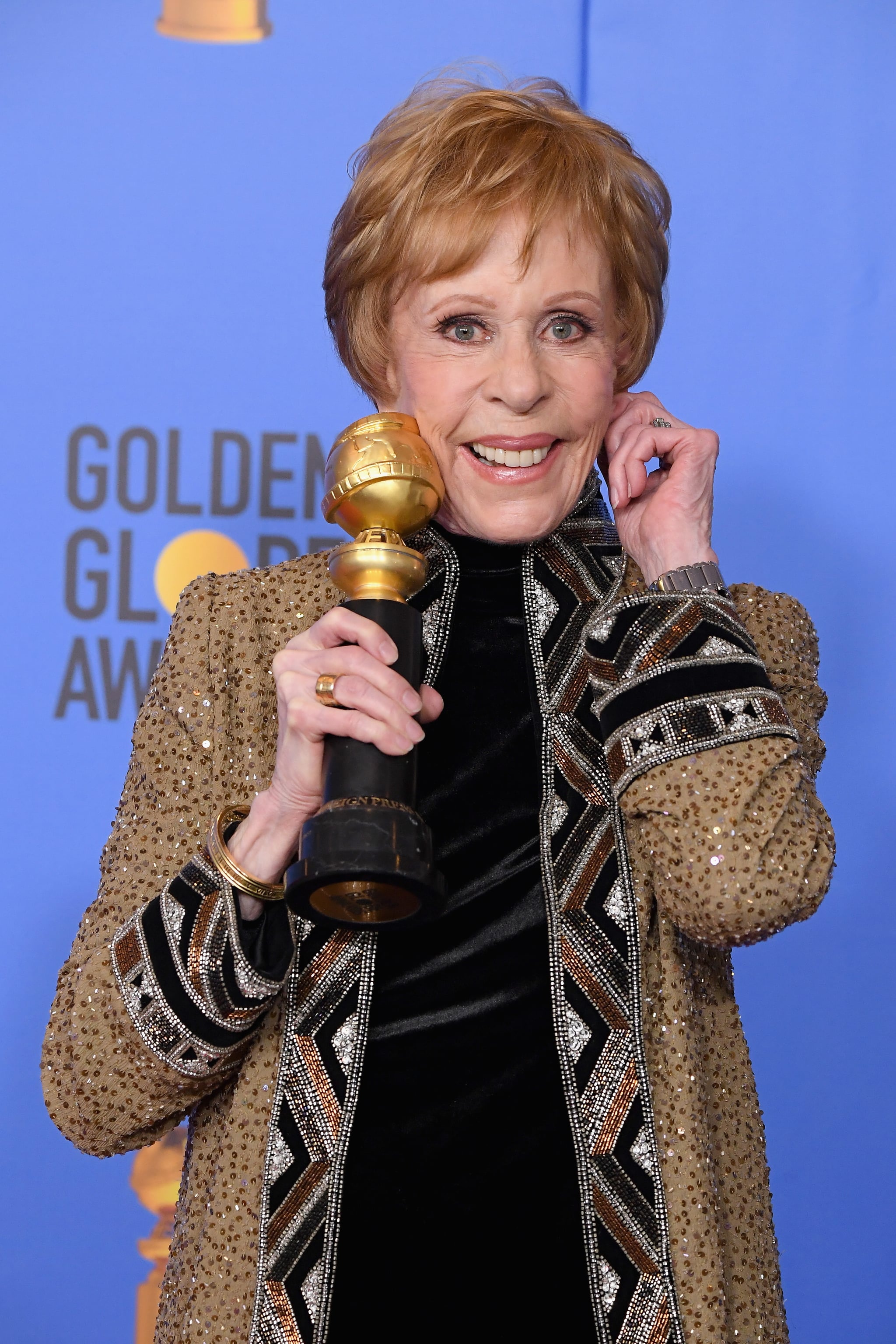 If there's anyone worthy of receiving the Golden Globe Awards' first lifetime achievement award, it's Carol Burnett. During the 76th annual award show, the iconic comic and actress became the first recipient of the Carol Burnett Award, which will recognize a performer for his or her career in the world of television. After Burnett paid tribute to her childhood heroes and her years spent on The Carol Burnett Show, she ended her speech with one of those blink-and-you'll-miss-it moments: a quick ear tug. If you're not familiar with Burnett's trademark move, here's the story behind it.

Back in 1955, when Burnett shared the news with her grandmother that she was cast on The Paul Winchell Show, her grandmother, Mabel, asked if Burnett could give her a shout out on TV. The actress knew she wouldn't be able to get away with actually saying hello to Mabel, so instead she decided to tug on her earlobe as a secret salutation. Burnett continued the tradition on The Carol Burnett Show even after her grandmother passed away, and the move has become the stuff of legend.

During last year's Golden Globe Awards ceremony, Jennifer Aniston even asked if she could do the honor of pulling Burnett's ear herself while the two women presented the best actress TV awards for both comedy/musical and drama. "If you must," the actress replied with her usual dry humor. Here's hoping we get many more years of Carol Burnett's incredible wit and trademark ear tugs.