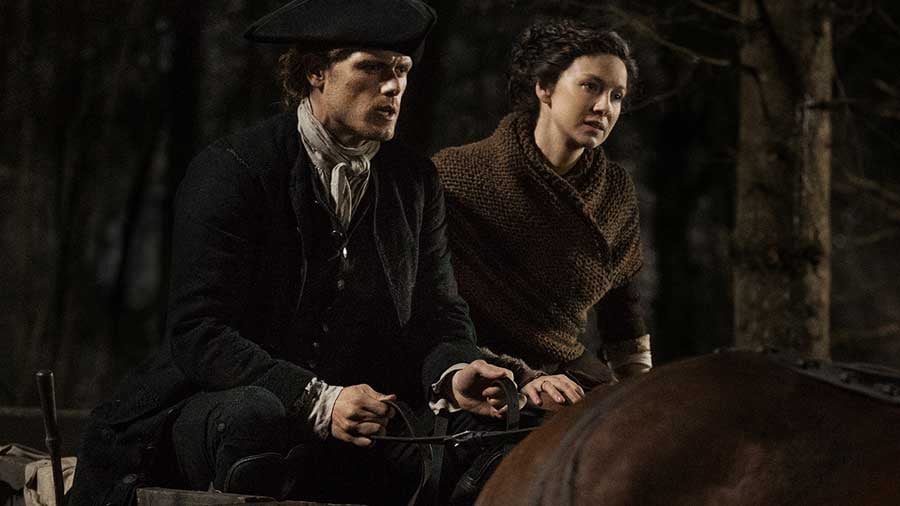 At the end of Outlander's season four premiere, titled "America the Beautiful," Claire and Jamie's traveling party is set upon by bandits, led by Stephen Bonnet, a dastardly villain who is going to be a presence on the show for a while. In the melee, Claire pops something into her mouth, and nonbook readers may be wondering exactly what was going on there. Here's an explanation.

Warning: slight spoilers from the books ahead.

In Drums of Autumn, the Diana Gabaldon book on which season four is based, Bonnet attacks the barge to rob Claire and Jamie. He knows from traveling with them previously that they have several things of value — most notably a pouch full of gemstones, which they took from Geillis Duncan (Lotte Verbeek) back in Jamaica.

But Bonnet is a greedy villain and demands that Claire give him her two wedding rings. She wears a gold band on her left ring finger from her marriage to Frank (Tobias Menzies) and a silver band on her right ring finger from her marriage to Jamie. She refuses and does the only thing she can think of: she pops them into her mouth and tries to swallow them. 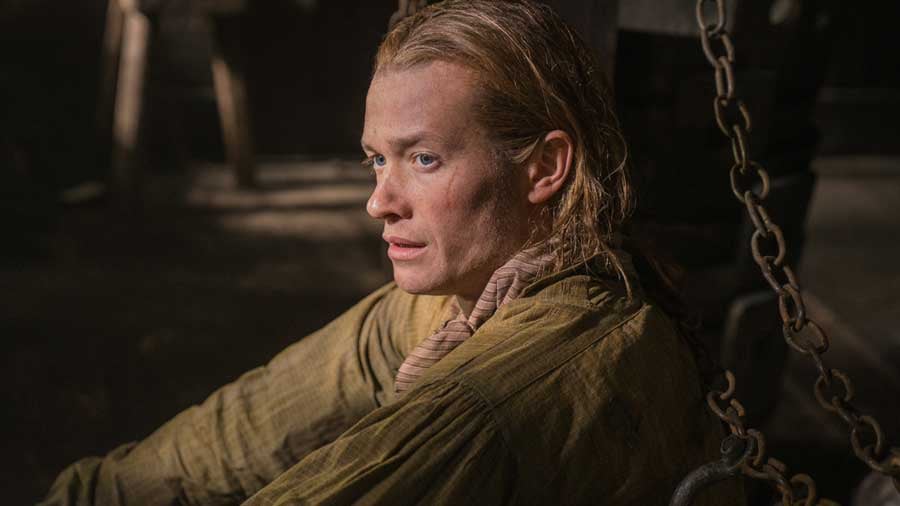 In the book, Claire manages to get one of them down, but Bonnet digs the other one out of her mouth. It turns out he recovers her gold band, while the silver one stays in Claire's system and she eventually retrieves it. We don't need to spell that part out for you, right?

The show chooses to handle this a bit differently. First off, we see at the episode's end that Claire is unsuccessful in swallowing either ring, but it's hard to tell which ring she still has. In this case, she still has her gold ring from her marriage to Frank; during the fight, the silver ring flies out of her mouth and Bonnet makes off with it. If you're wondering why they switched that around, let us just say that there is an episode down the line in which getting Claire a new ring sets Jamie on an important path — something that is not in the books, but something viewers will be very excited about.

There is also something we'd like to point out about Claire managing to keep Frank's ring instead of Jamie's. In the book, one of the inciting incidents for Stephen Bonnet raping Brianna (Sophie Skelton) is that she sees him in possession of her mother's wedding ring and it's important to her to get it back from Bonnet because it's the wedding band from the man she thinks of as her father (Frank). So Brianna arranges to meet Bonnet on his ship, and that's when he rapes her. He then gives her the ring as "payment." 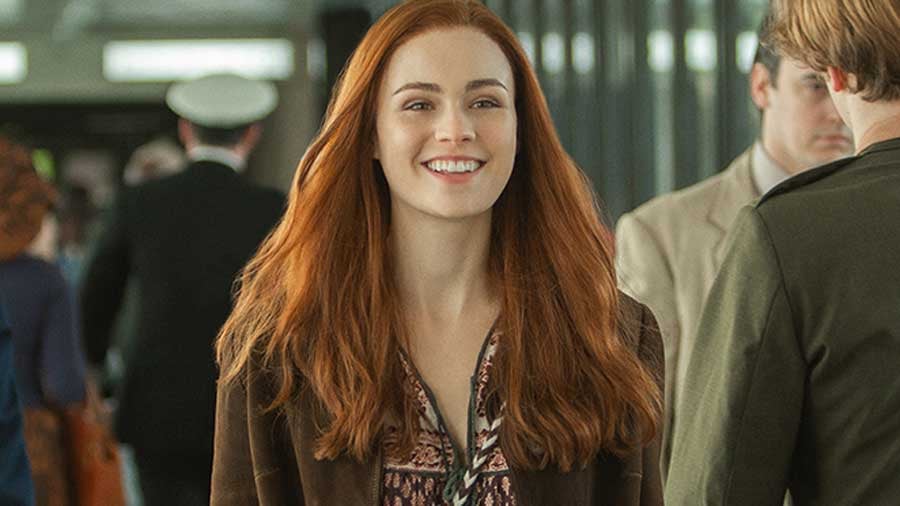 If there is no Frank wedding band for Brianna to see (because Claire still has it), perhaps the show is cutting out the rape plot line. Food for thought. Though this is all pure speculation — we don't know how that all plays out because the episodes we've seen so far didn't get to that point in the story.