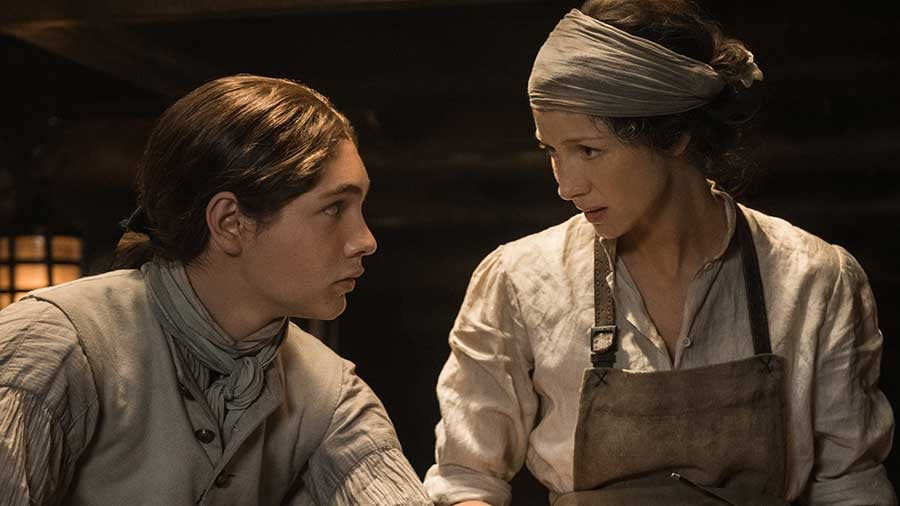 Outlander's latest episode, "Heaven and Earth," focuses heavily on Claire's adventures aboard the Porpoise, the British Man o' War that kidnaps her in order to press her into service tending to their outbreak of typhoid fever. It more or less follows the events of the book Voyager, but there is one big omission that may have been quite disappointing to book readers.

Warning: light spoilers ahead for the books and the remaining episodes of season three.

In the book, after Elias Pound's death hits Claire particularly hard, she goes up on deck and begins slamming her hand against the railing in anger, frustrated by the fact that she can barely save anyone, which is compounded by her knowledge of 20th-century medicine that would save them all, if she only had access to it. It is here that Claire meets someone who is going to become a big part of her life, eventually: Lord John Grey.

Related:
This New Outlander Character Has a Big Future in the Books

Lord John is being transported by the Porpoise to take his post as the new governor of Jamaica, but the captain has given him strict orders to stay in his quarters so that he does not contract the illness that is plaguing the ship. Grey wanders up on deck in the middle of the night to get some air and sees Claire raging against her feeling of helplessness. 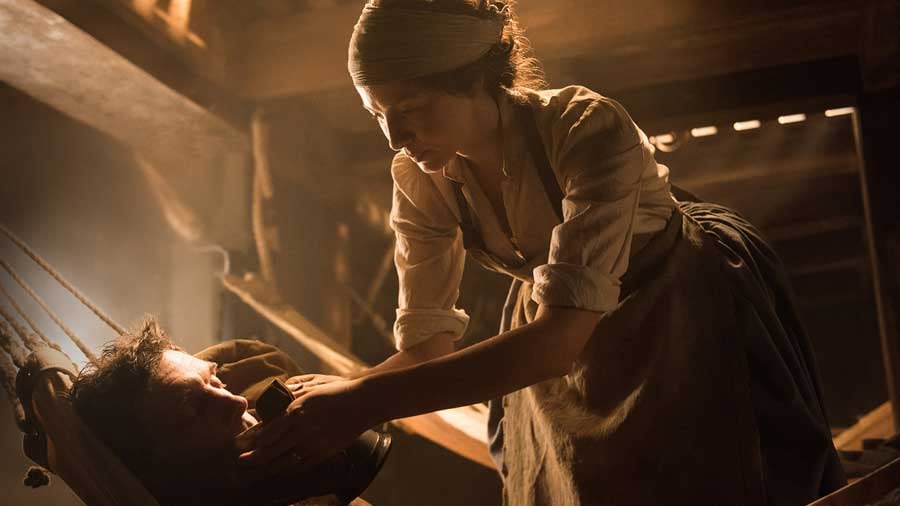 He calls her heroic, but she yells at him, "It doesn't do any good! . . . It doesn't! Do you know how many men I lost today? Twenty-three! I've been on my feet since dawn, elbow-deep in filth and vomit and my clothes stuck to me, and none of it's been any good! I couldn't help! Do you hear me? I couldn't help!"

Lord John laments that he didn't come out of his chambers to assist her and says he knows how she feels to lose so many men.

Related:
The Smart Reason Outlander Condensed This Major Plot From the Books

"I had thought your distress due only to a woman's natural compassion, but I see it is something quite different," he says to her. "I have been a soldier, an officer. I know what it is, to hold men's lives in your hand — and to lose them. What it comes to, I think, is the knowledge that you are not God. And the very real regret that you cannot be."

It's a lovely moment between them, even if it's not terribly important to the immediate plot (which is probably why it was omitted). But having Claire meet Lord John without Jamie — therefore neither of them knowing who the other is to Jamie — makes for a great payoff later in the novel that now won't be as good. 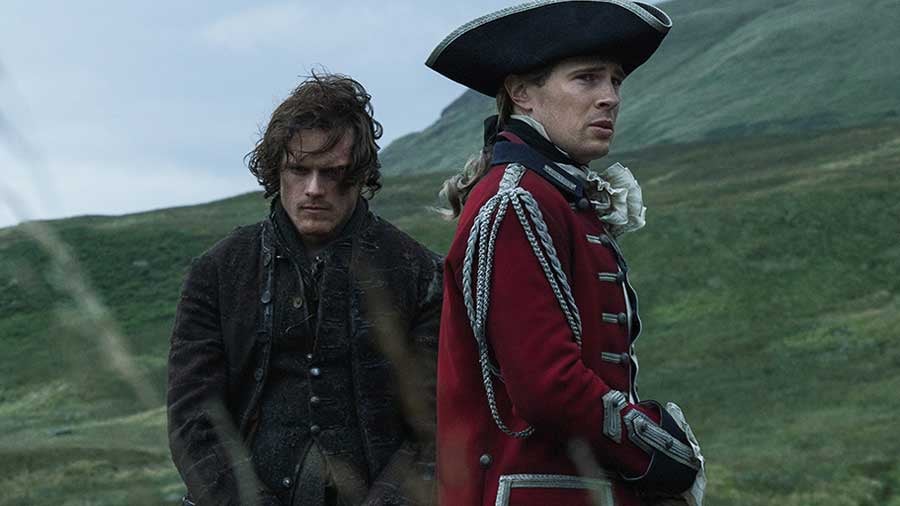 In Voyager, once Claire and Jamie arrive in Jamaica, they immediately secure an invitation to the governor's ball. Claire knows the governor is Lord John, but she doesn't know Lord John and Jamie's history, including that John is raising Jamie's son, Willie. Jamie doesn't know that Claire and John met already. It makes for quite the scene when the three of them finally get together.

Claire spies the two men embracing and sees the way Lord John looks at Jamie, so her mind starts racing about whether they had been romantically involved and why wouldn't Jamie have told her? Then she is able to speak to Lord John before speaking with Jamie, so Lord John drops a bombshell on her about raising Jamie's son, which she had no knowledge of yet. The two of them talk about their history with Jamie and grudgingly admit they liked each other — when they met on the Porpoise, but not now. Obviously this is going to play out quite differently on the show, since Jamie told Claire about Willie as soon as she returned, and Claire and Lord John won't have any kind of history together from meeting on the Porpoise.

The Lord John-Claire scenes were ones I, as a book reader, was particularly looking forward to, so it's a shame the show has made some different choices in this regard. However, Jamie and Claire should still meet John in Jamaica, which will be interesting anyway, unless that is also cut out entirely. There are only three episodes left of the season and quite a bit of content to include, so there's always a chance we won't see Lord John again in season three at all. But we hope that's not the case.