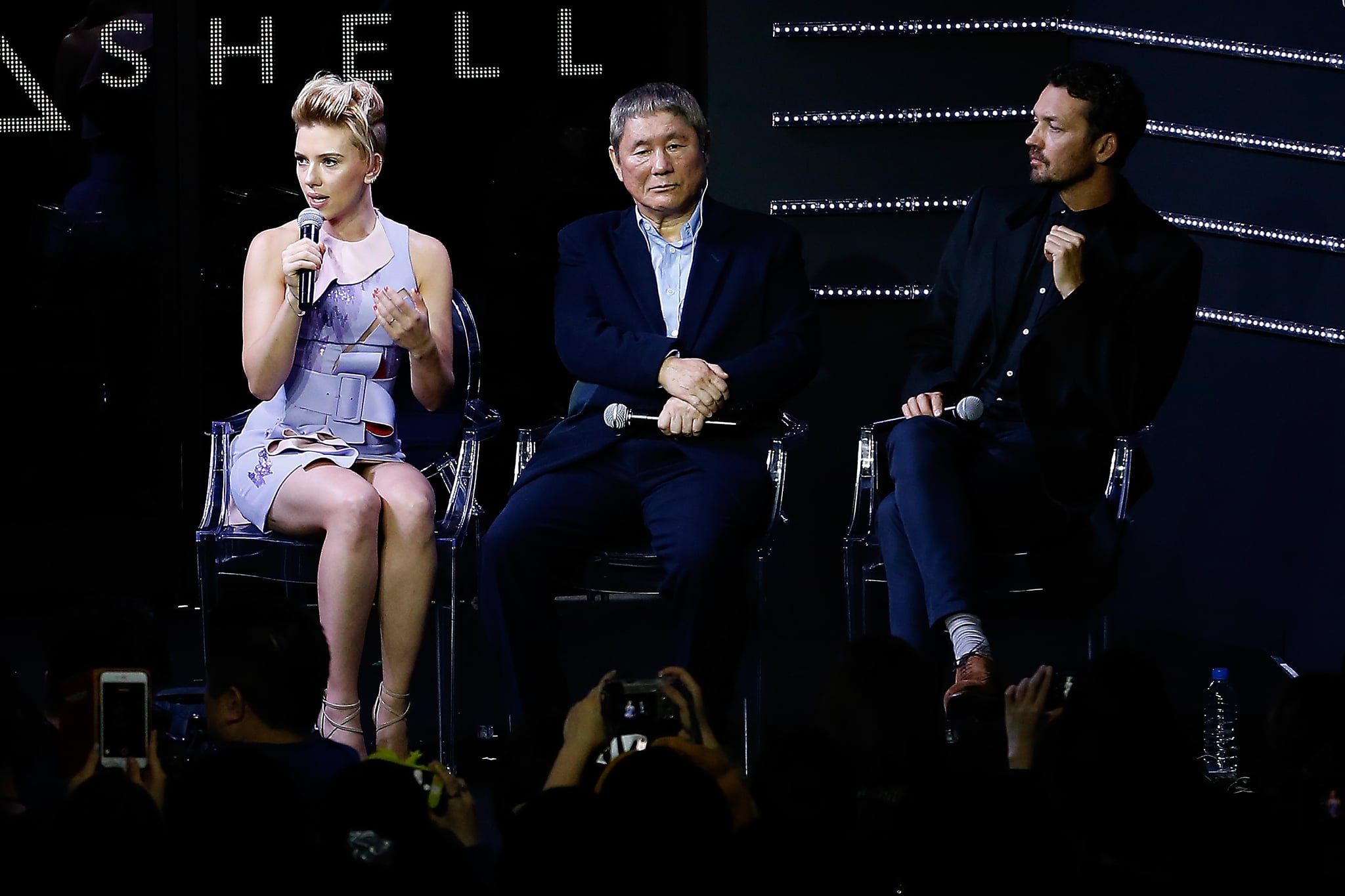 Sunday night in Toyko, Ghost in the Shell director Rupert Sanders faced questions about the charges of Hollywood whitewashing the movie has sparked. Scarlett Johansson, rather than a Japanese actress, takes on the lead role in the new version of the Japanese classic. At a party to debut the Ghost in the Shell trailer, he defended his approach to remaking the iconic anime as an international retelling with a global cast.

On Why He Chose Johansson For the Role of Major

"I think whenever you cast someone, someone's going to be critical about it. To me . . . I stand by my decision," Sanders said during a Q&A on stage, which followed the debut of the footage. "She's the best actress of her generation, and I was flattered and honored that she would be in this film. And I think so many of the people around the original anime have been vehemently in support of her because she's incredible, and there are very few like her."

Despite the answer Sanders gave on stage, the director faced even more questions about the reasoning behind his decision — and what efforts he took to achieve the global cast he spoke of — in a huddle with journalists later that night. When asked what it was like to wait to show footage from the movie amid such controversy, he said it was "quite seductive" and seemed assured that he can change the minds of those who are suspect of his approach with the movie itself.

"We knew this time would come, and I think we're quite proud of what we've done and how we've done it. So it wasn't like, 'We've got to get it out there and we're not going to take any more flak.' It's like, it'll come out when it's ready," he said. "Even when we started putting out the little 10-second teasers . . . we started to see when that stuff came out, people were like, ah, maybe there's something in this. And I hope that we see this week, what do people think of it? And how to grow and how to find its place in the zeitgeist."

Sanders repeatedly praised Johansson's performance throughout the evening but also seemed to suggest that casting her was also a practical decision; one that allowed him to fill the rest of the big-budget film with global stars including Japanese megastar Takeshi Kitano and French actress Juliette Binoche.

"It's a very international cast, and the beauty of casting [Johansson] was that I kind of didn't have to cast big-name actors around her," he told reporters. "I could cast people like Juliette Binoche and Kaori Mamoi and Takeshi Kitano. You know, that's unusual for a Hollywood film. Usually you need your star and then you need 10 people who can go on the chat shows; [go] beneath them on the poster. But we didn't have that. It was great to be given the freedom to cast the film how you want."

Fans and critics will be able to decide the matter for themselves when Ghost in the Shell hits theaters in March of 2017.