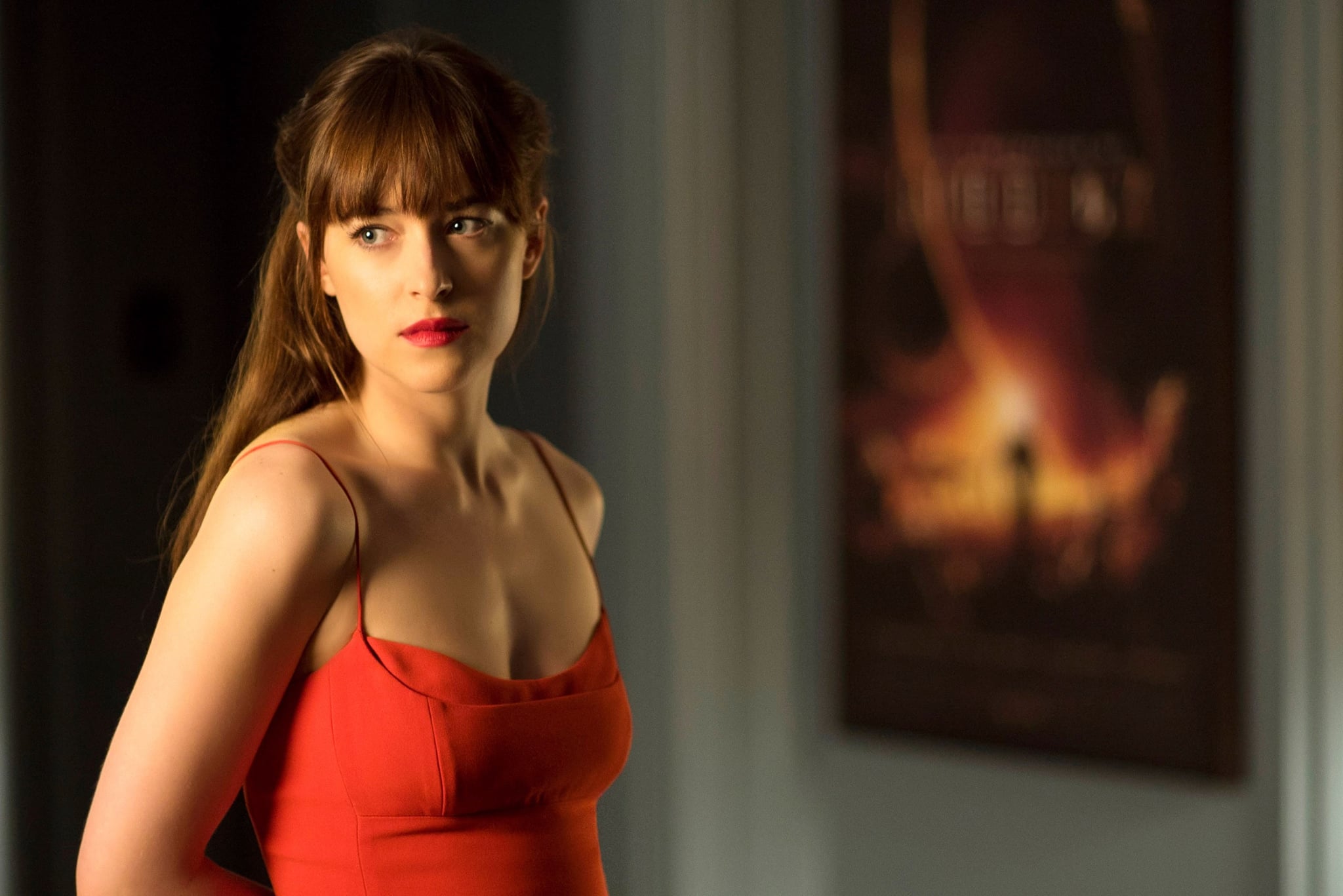 Just because it's the second film in the Fifty Shades trilogy doesn't mean Fifty Shades Darker is twice as sexy as its predecessor. In fact, while the cast maintains that there are more sex scenes in the new film, Jamie Dornan and Dakota Johnson admitted to USA Today that the editors cut a key sex scene! Which one? "The whole pool table scene that we literally spent a week filming," said Johnson. Dornan joked that "it felt like a month," while Johnson admitted that she hopes they keep it in as a DVD extra. If you read the book, you know the scene, but in case you haven't, here's an NSFW excerpt.

"He gently slides my panties down my thighs and off. I can't see what he does with them, but he leaves me feeling exposed as he plants a soft kiss on each cheek. 'Take a shot, baby.' I want to whimper; this is so not going to happen. I know I am going to miss. I line up the white, hit it, and in my impatience, miss the black completely. . . . He leans right over me, flattening me against the table, takes the cue out of my hand, and rolls it to the side cushion. I feel him, hard, against my backside. 'You missed,' he says softly in my ear. . . . Put your hands flat on the table.' I do as he says."