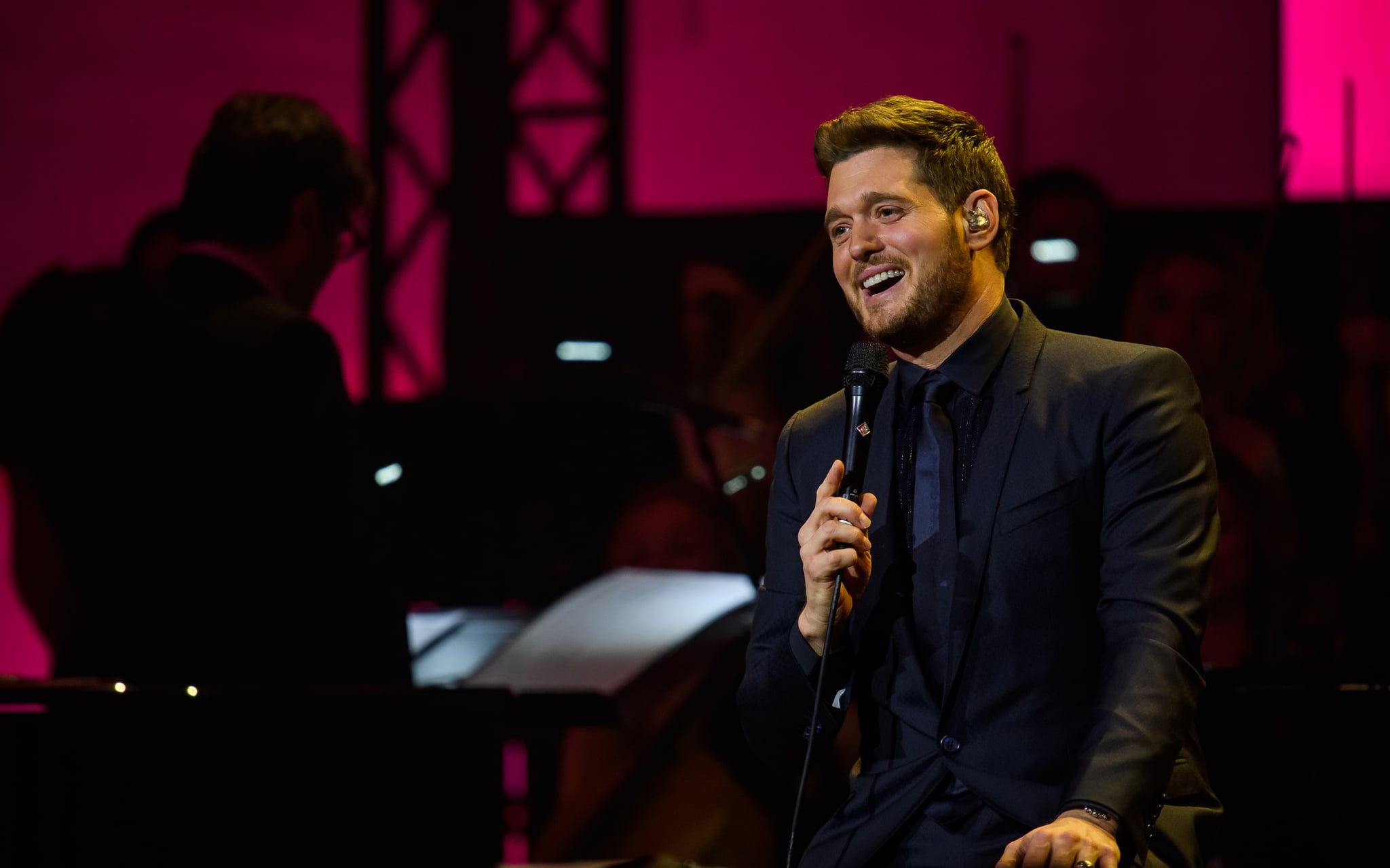 On Feb. 20, Michael Bublé held a concert at Madison Square Garden in New York City, but he ended up being the one impressed with someone else's vocals. During the show, he gave an audience member named Erin Bellucci a chance to sing one of her favorite songs: Etta James's "At Last." Before he handed over the microphone, he told the audience, "Don't be terrible judges. Be more Blake [Shelton] than Simon Cowell," he joked, referencing the former American Idol and The Voice judges. But we have a feeling both Shelton and Cowell would have been in awe of Bellucci's impromptu performance.

As soon as she started belting, the crowd broke out in applause while Bublé looked on in amazement. After she finished, Bublé couldn't hold in his excitement, saying, "You're the next American Idol! That was so beautiful. That was incredible — too incredible, if you ask me." Watch Bellucci sing "At Last," and Bublé's stunned reaction in the video ahead!