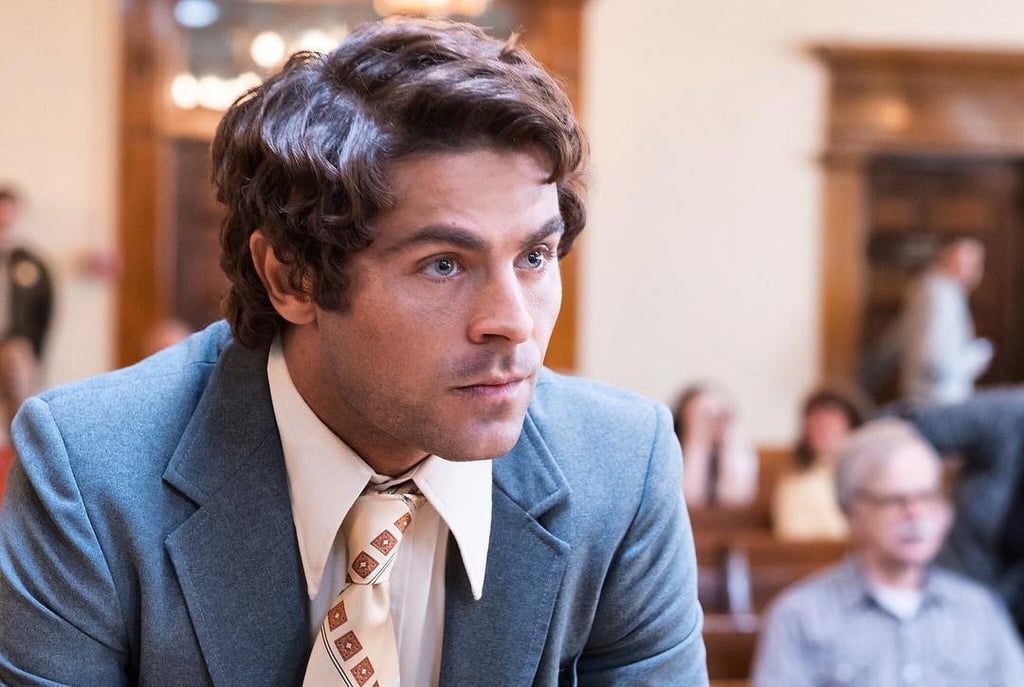 If you're still waxing poetic about Zac Efron's recent reveal of his admittedly drool-worthy beard, I just want to prepare you by letting you know the following photos are not recent and Efron is most likely still sporting said beard today. Now, you may proceed.

Over a year after Efron was cast to portray serial killer Ted Bundy in the upcoming thriller Extremely Wicked, Shockingly Evil and Vile, we're getting a proper look at his transformation.

The film tells the chilling story of the events leading up to Bundy's imprisonment through the eyes of his longtime girlfriend, Elizabeth Kloepfer. It's common knowledge now that Bundy confessed to the murders of 36 women — though police estimate he may have killed as many as 100 — but back then, Kloepfer spent years denying the accusations against Bundy. She eventually turned him in to the police and he was put to death by way of electric chair on Jan. 24, 1989. Horrifying, isn't it? While most wouldn't expect Efron to embrace this kind of role, the actor seems excited about the challenge.

Efron shared the first behind-the-scenes look on his Instagram page earlier this year — and has posted a couple more since then — but this is the first official look at Efron as Bundy from the film. "Ready for Sundance! #extremelywickedshockinglyevilandvile," Efron captioned the photo, in which he appears to be in a courtroom.

Lily Collins, who stars alongside Efron as Kloepfer, also shared a still from the film on her Instagram page. "The #SundanceFestival lineup has just been announced and I'm so proud to be included!" she wrote. "Here's a glimpse of the film @zacefron and I worked with @joeberlingerfilms and our incredible team, Extremely Wicked, Shockingly Evil, and Vile. Here we go!"

In addition to Efron and Collins, the Joe Berlinger-directed film also stars John Malkovich as Judge Edward Cowart, who handled Bundy's televised trial and sentenced him to the death penalty. Extremely Wicked, Shockingly Evil and Vile is set to have its world premiere at Sundance in January 2019. Ahead, heck out the small glimpses we've gotten of the film so far.