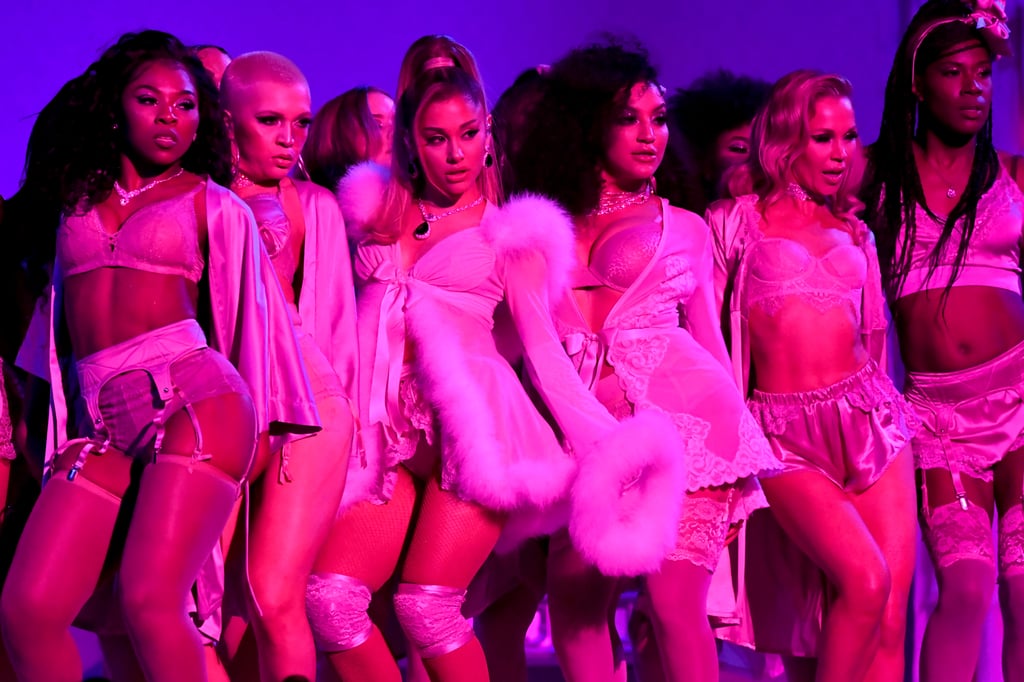 Ariana Grande's Grammys performance was worth the wait. After the 26-year-old singer backed out of last year's show due to a dispute with the ceremony's producers, Grande returned to the stage on Sunday and performed a medley of her hits from her Thank U, Next album, including "Imagine," "7 Rings," and "Thank U, Next," along with The Sound of Music's "My Favorite Things." Grande kicked things off in a black gown before changing into lingerie and having a slumber party on stage. Fans also think Grande shaded her ex fiancé, Pete Davidson, at the end of her performance when she removed a ring from her hand and placed it in a box, while others think it simply marked the end of an era.