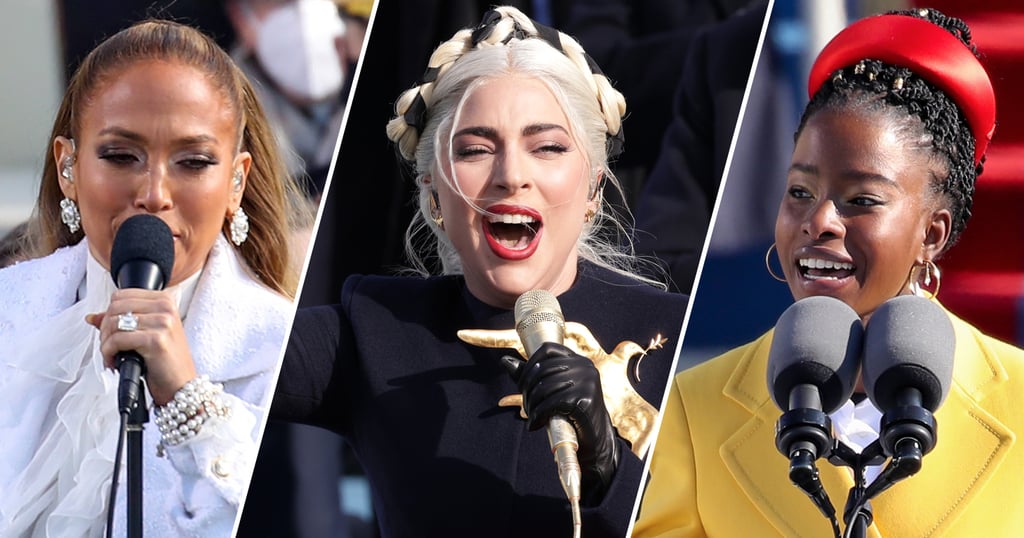 The day has finally arrived! On Jan. 20, Joe Biden was officially sworn in as the 46th president of the United States, with Kamala Harris as his vice president. Though this year's inauguration was unlike any other in US history, the celebration still included the performances, tributes, and parades that we're used to; however, it was before a small, socially distanced crowd in Washington DC.

Lady Gaga — who campaigned for Biden and Harris in November 2020 — was the first to kick things off by belting out a beautiful performance of the national anthem. Jennifer Lopez followed by performing a rendition of "This Land Is Your Land" on stage. On top of that, poet Amanda Gorman delivered a special poetry reading at the inauguration and, as a result, made history as the youngest inaugural poet in memory at age 22. Later in the day, John Legend, Demi Lovato, Katy Perry, and more performed in the Celebrating America inaugural concert to commemorate the momentous occasion. Ahead, check out all the star-studded performances from the Biden-Harris inauguration.

Fashion News
How Major Fashion Brands Are Responding to the Roe v. Wade Ruling
by Charlotte Kho 3 hours ago