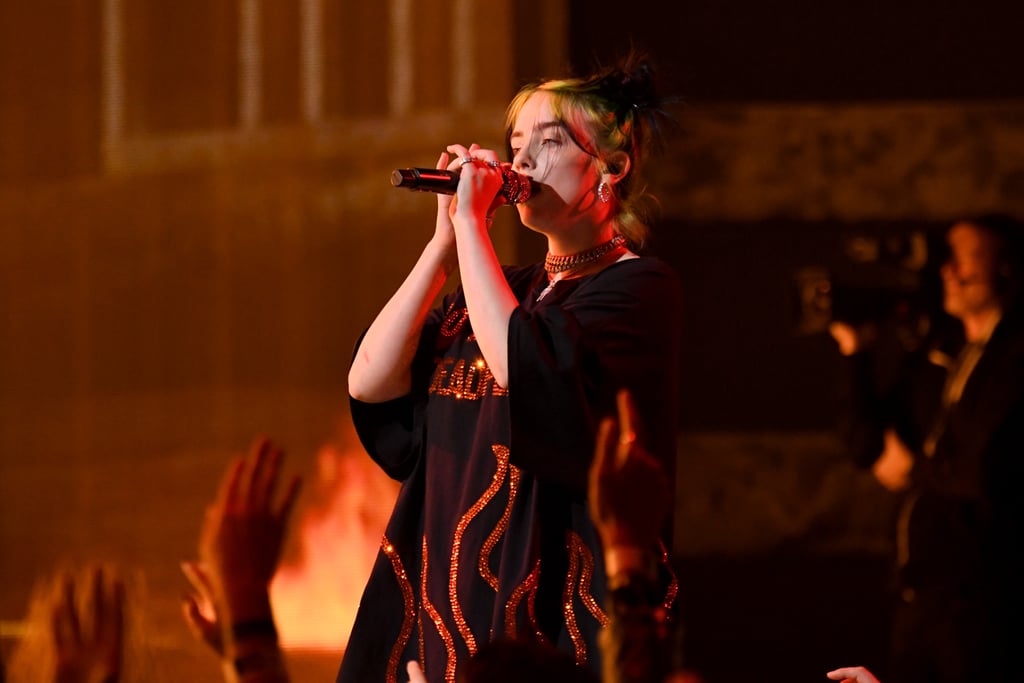 If there was ever any doubt that Billie Eilish would turn the American Music Awards stage upon its head, her Sunday night performance completely dashed them. Along with her 22-year-old brother Finneas, the Grammy-nominated 17-year-old performed on the AMAs stage for the first time, playing her well-known hit "All the Good Girls Go to Hell." The stage was lit with fire as Eilish wandered the stage in a black-and-red bedazzled outfit reading, "No Music on a Dead Planet."

Not only did Eilish completely bring the house down, but she was also nominated for six awards, including favorite new artist and favorite pop/rock album for When We All Fall Asleep, Where Do We Go?. Watch her rocking performance ahead!

Celebrity Couples
Like Taylor Swift and Joe Alwyn, These 10 Couples Wrote Hit Songs Together
by Hedy Phillips 14 hours ago