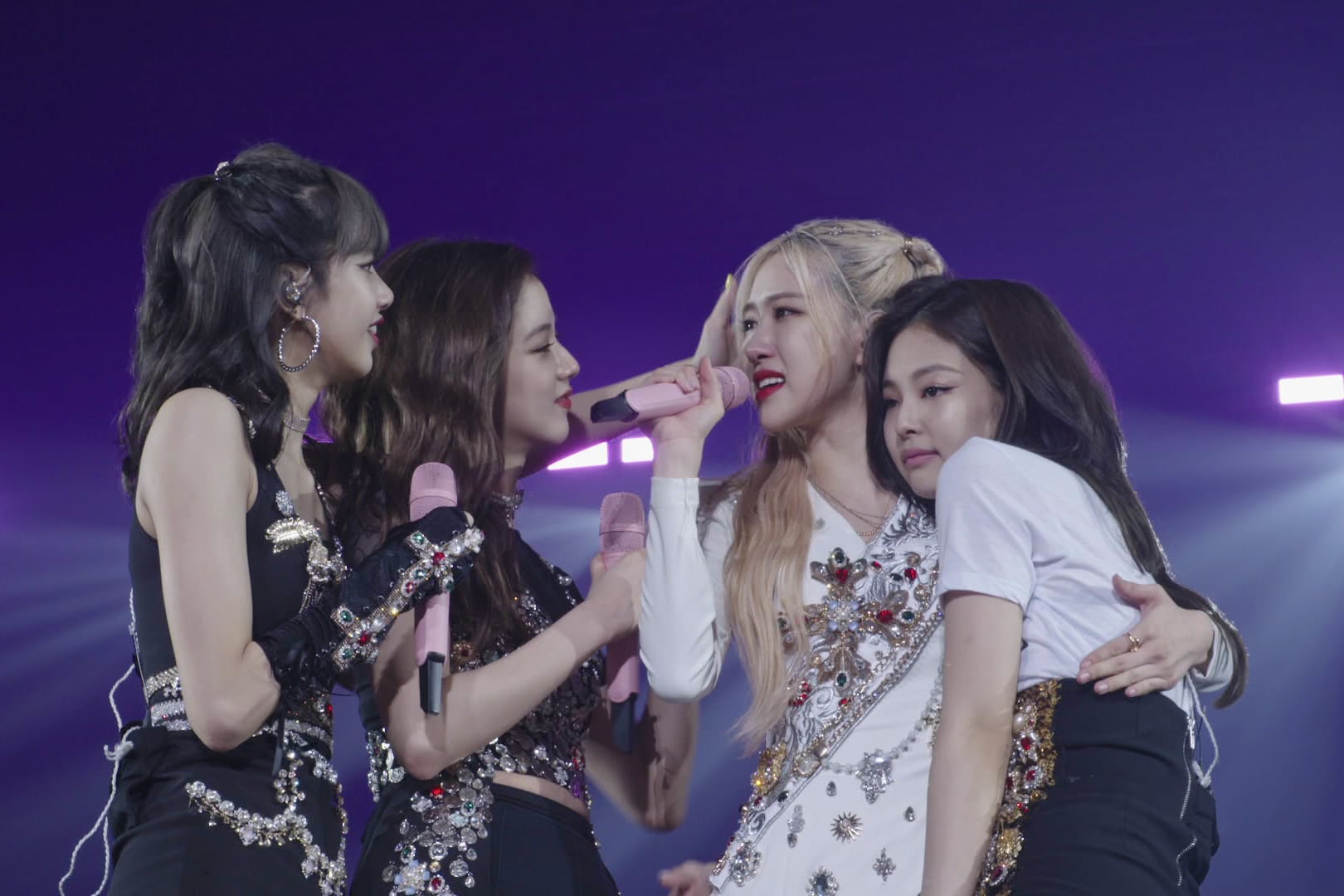 Blackpink is having a record-breaking year with numerous accolades and firsts, but throughout their biggest accomplishments, their sisterly bond has only grown stronger. Ahead of the release of their upcoming Netflix documentary, BLACKPINK: Light Up the Sky on Oct. 14, members Jisoo, Jennie, Rosé, and Lisa sat down with director Caroline Suh on Tuesday to discuss what fans can look forward to in the film, as well as their special relationships with each other.

"I think we realized just how much we mean to each other."

While Blackpink teased never-before-seen moments from their concerts and trainee days — like the time they first listened to their collaboration with Lady Gaga, "Sour Candy" — the members highlighted how filming the documentary deepened their friendships with each other. "We wanted to show the more honest, genuine sides of our ourselves, so through having heart-to-hearts and very genuine and honest conversations, we were able to get to know each other even deeper," Jisoo said. "And I think we realized just how much we mean to each other."

"Of course we are like family," Jennie also said, emphasizing that even while working, the group feels that "special bond" because they trained as teenagers and have grown up together since. She explained that though the girls all grew up in different environments and cultures — Jennie and Jisoo were born in Korea, while Lisa is from Thailand and Rosé from New Zealand — when they were trainees early on, they found that their goals, as well as the type of music they wanted to create, were completely aligned.

Related:
Blackpink's Solo Singles Are Bangers, but They Know How to Rock a Collab, Too

"In 10 years, hopefully we will still be Blackpink, the way we always have been."

Though the girls have certainly come a long way since they debuted in 2016, Blackpink are continuing to challenge themselves with new goals to give back to their fans. "Because music has now become very extended form of art, we want to be able to provide the best of that to all of our fans," Jisoo said. "In 10 years, hopefully we will still be Blackpink, the way we always have been, but also I can imagine ourselves talking about what other new things to do together."

Little Kids
After More Than 15 Years Off Air, Reading Rainbow Is Returning to TV in 2022 With Multiple Hosts
by Chanel Vargas 3 hours ago

Beauty News
And Just Like That, We're in Love With Carrie, Charlotte, and Miranda's Beauty Looks All Over Again
by Jessica Harrington 4 hours ago

Opinion
The Sex Lives of College Girls Proves That Sex Can Actually Be About — Gasp! — Women
by Njera Perkins 5 hours ago

TV
Calling It Now: You're Going to Love Prime Video's New Show As We See It
by Monica Sisavat 6 hours ago