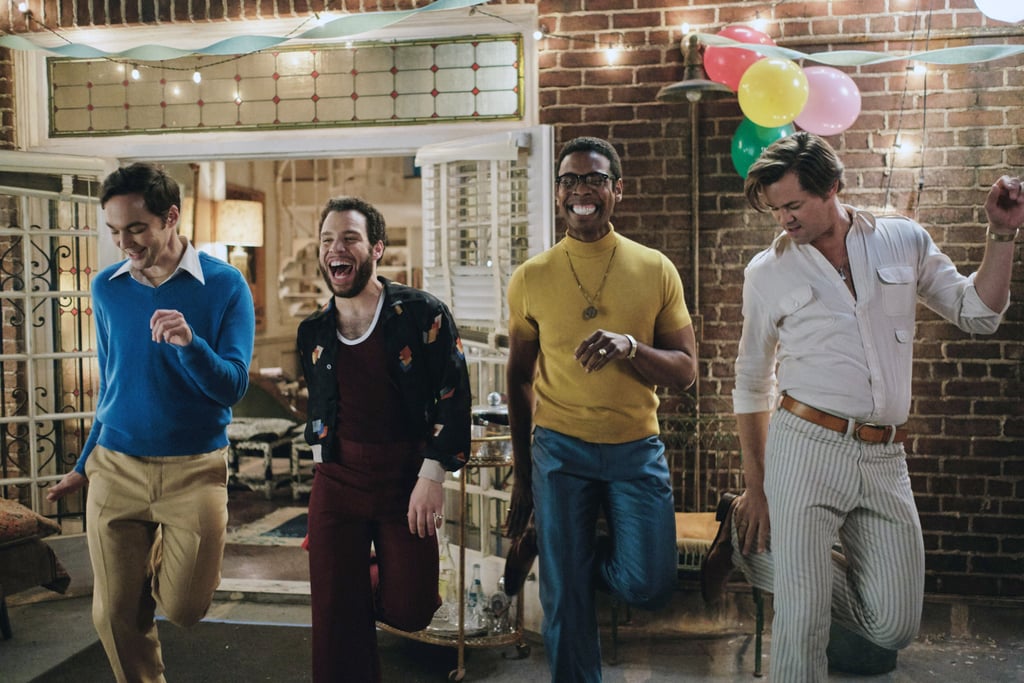 Didn't get a chance to see The Boys in the Band on stage? Now you can watch it from your living room. Ryan Murphy adapted Mart Crowley's 1968 off-Broadway play of the same name for Netflix, and it features the same cast from the play's 2018 revival. Set in 1968, the movie tells the story of a New York City birthday party gone very wrong, and it's as delightful as it is devastating. The best part: six of the nine cast members happen to be Ryan Murphy show alums, including actors from Ratched, American Horror Story, Hollywood, and The New Normal. Check out the gallery to learn more about the totally stacked cast.

Related:
Ryan Murphy's Adaptation of The Prom Will Drop in December — Meet the Star-Studded Cast
Previous Next Start Slideshow
NetflixMoviesThe Boys In The Band