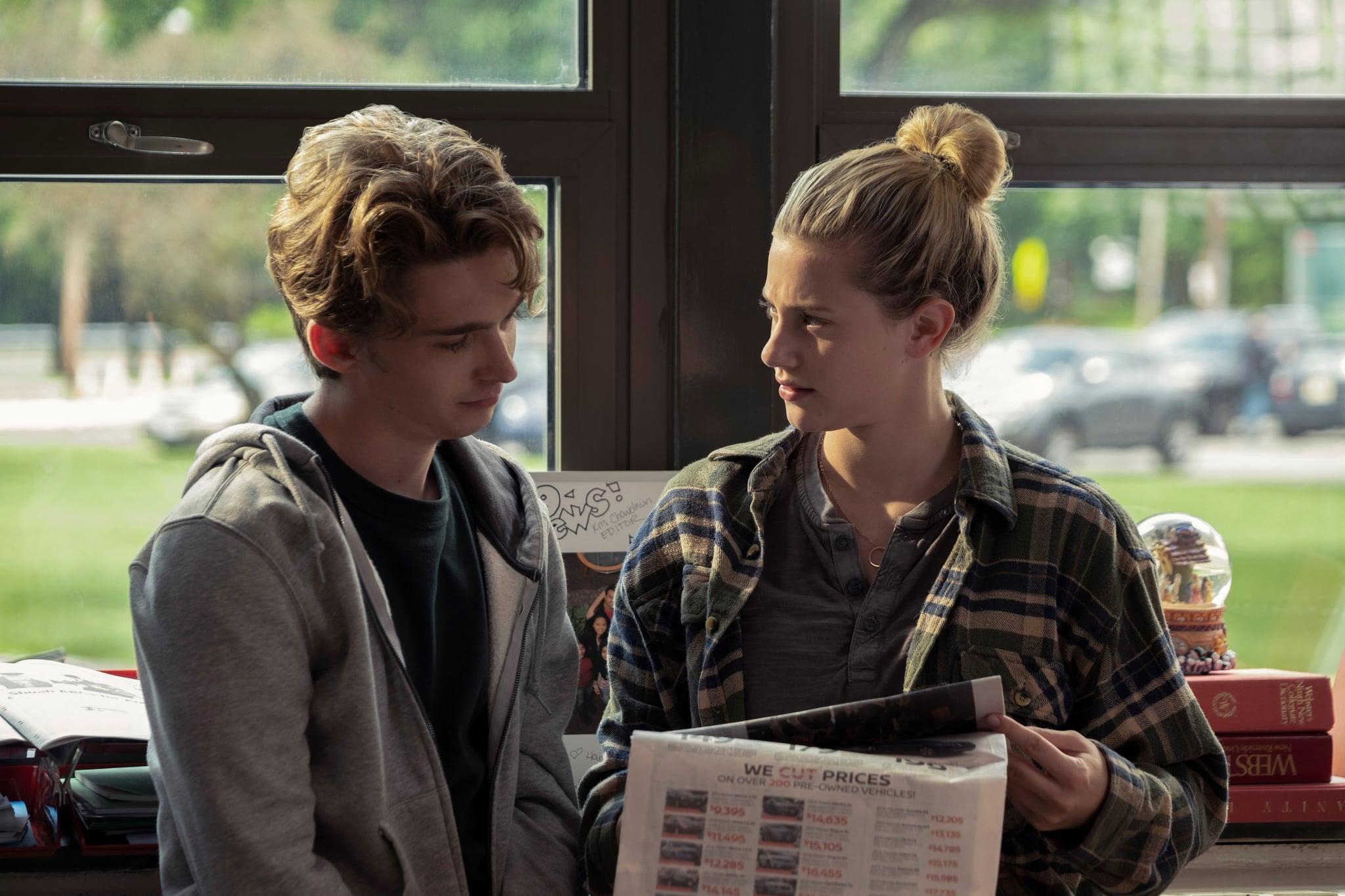 Amazon Prime's Chemical Hearts, based on the book Our Chemical Hearts, tells a complicated love story between two young high schoolers named Grace (Lili Reinhart) and Henry (Austin Abrams), and it's perfectly set to a beautiful soundtrack. However, there's one track in particular that plays a crucial role in the story. As Henry and Grace drive around in her car throughout the film, "Take Care" by Beach House constantly plays in the background. While Henry associates the track as "their song," it holds a very different meaning for Grace.

Later in the film, Grace reveals to Henry that the song actually reminds her of her previous boyfriend, Dom, who she was in a car crash with. Though Grace survived the car accident with an injury to the knee, Dom died. As a result, Grace struggles with immense depression and blames herself for his death because she says was distracting while he was driving.

Though the song's lyrics perfectly describe Henry's love for Grace, they eventually take on a different by the end of the film. After going their separate ways, Grace and Henry briefly reconnect in the hallway at the end of the school year. Henry is heading off to college, while Grace reveals that she's taking the year off to work on herself and continue therapy. The last scene shows Henry walking home by himself before the rest of his friends run to join him for moral support all while "Take Care" plays again in the background.

After watching the film on Amazon Prime (and possibly shedding a tear or two) relisten to the haunting track ahead.

Netflix
So, What Exactly Are Those Green Pills Beth Takes on The Queen's Gambit?
by Kelsie Gibson 12 hours ago