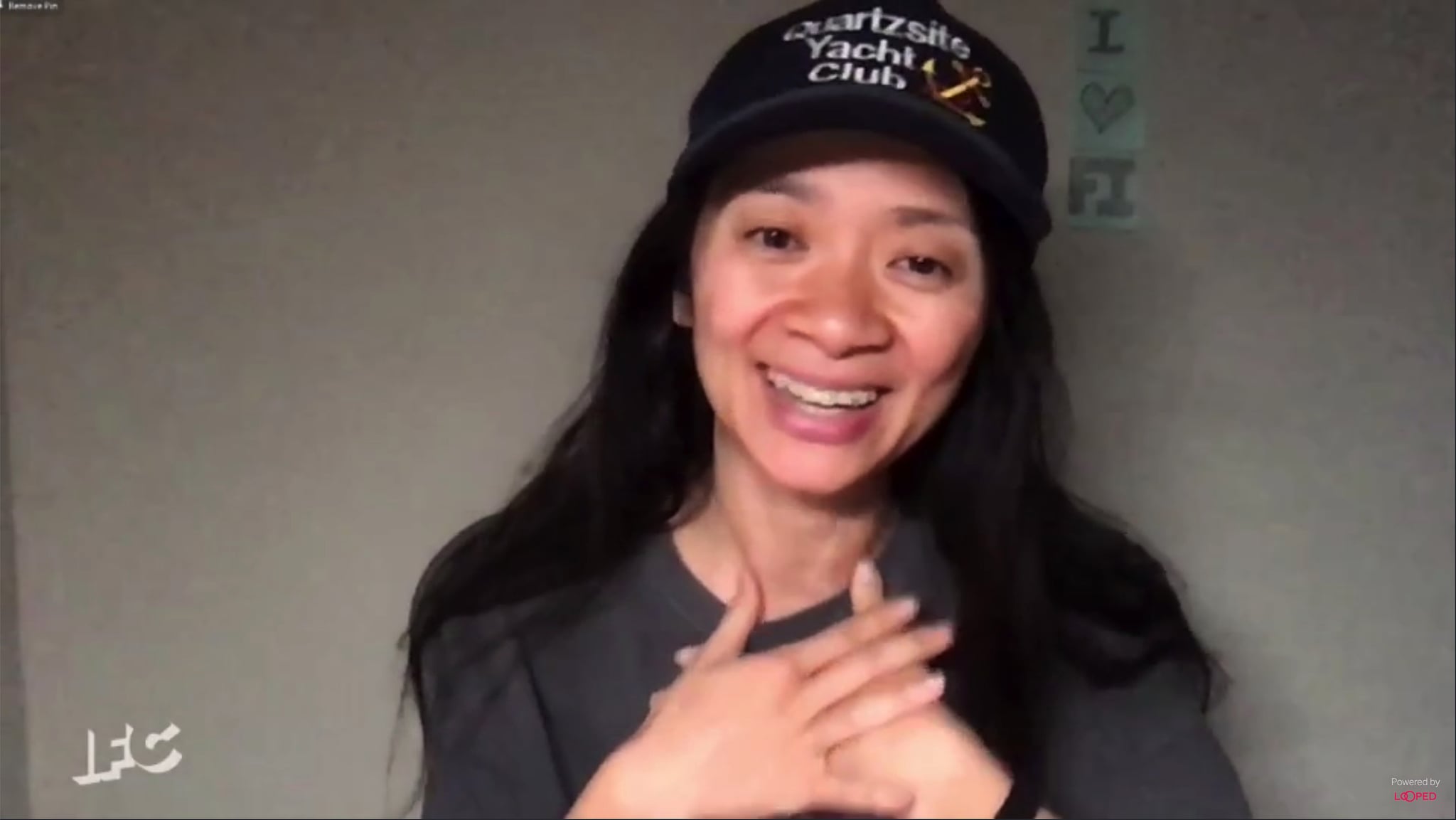 Chloé Zhao should definitely think about investing in some display shelves, because the Nomadland director is sweeping up this award season. On Thursday, she made history at the 36th annual Film Independent Spirit Awards as the first Asian woman to win the Spirit Award for best director. The indie film director was also the first Asian director and the first woman to win best editing in the show's history for her work on Nomadland, her biggest project to date, which also won the award for best feature.

Zhao's wins come less than two months after she made history as the first Asian woman and the first woman of color to take home the award for best director at the Golden Globes. Even more astounding, Zhao was also the second woman ever to win a Golden Globe for directing, 38 years after Barbra Streisand in 1983. With award season quickly coming to an end this year, we wouldn't be surprised if she also took home the Oscar for best director. Either way, we hope she pops a bottle of Champagne, because congratulations are definitely in order!

Keke Palmer
Keke Palmer Is Launching Her Own Digital Network: "My Greatest Dream of All"
by Lindsay Kimble 4 hours ago

Movies
It's Official, Human Beings: A "Community" Movie Is Coming to Peacock
by Victoria Messina 4 hours ago

Netflix
Who Was Tony Hughes, Jeffrey Dahmer's 12th Victim, and Where Are His Family Today?
by Pallavi Bhadu 7 hours ago

The Daily Show
Trevor Noah Leaving "The Daily Show" After 7 Years: "I Feel Like It's Time"
by Monica Sisavat 9 hours ago