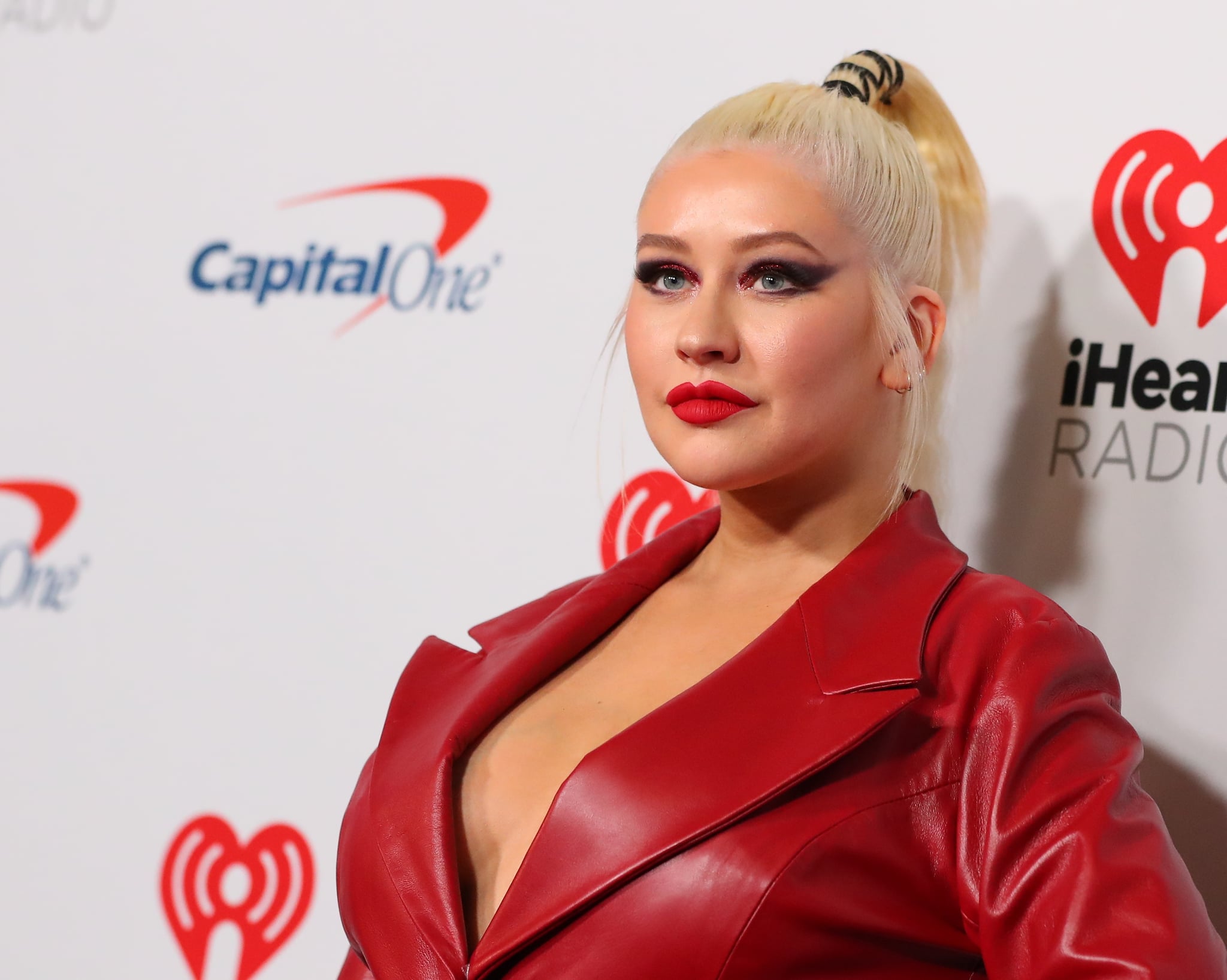 Xtina is back! On Oct. 1, Christina Aguilera released a music video to go along with her brand-new song titled "Haunted Heart." The track might just become the Halloween anthem of 2019 — which is appropriate since it features in the upcoming animated reboot of The Addams Family. Interspersed with footage of Aguilera belting out the darkly romantic song are clips from the actual film starring Charlize Theron and Oscar Isaac, which looks just as adorable as it is creepy.

Aguilera initially announced the song's release in an Instagram Story. She admitted the new single isn't the only way she's begun celebrating the spooky holiday since she's already started decorating her house, saying, "Guess who's ready for Halloween!?" Aguilera will be continuing the European leg of The X Tour from Nov. 5, so if you're heading to one of those dates, you might just get to see her perform the song live.

It's been two decades since Aguilera released her self-titled debut album, and this year, she has not only been touring but also has a wildly successful Las Vegas residency, "Christina Aguilera: The Xperience." Watch her video for "Haunted Heart" above, and then make sure you catch The Addams Family in theaters when it debuts on Friday, Oct. 4.