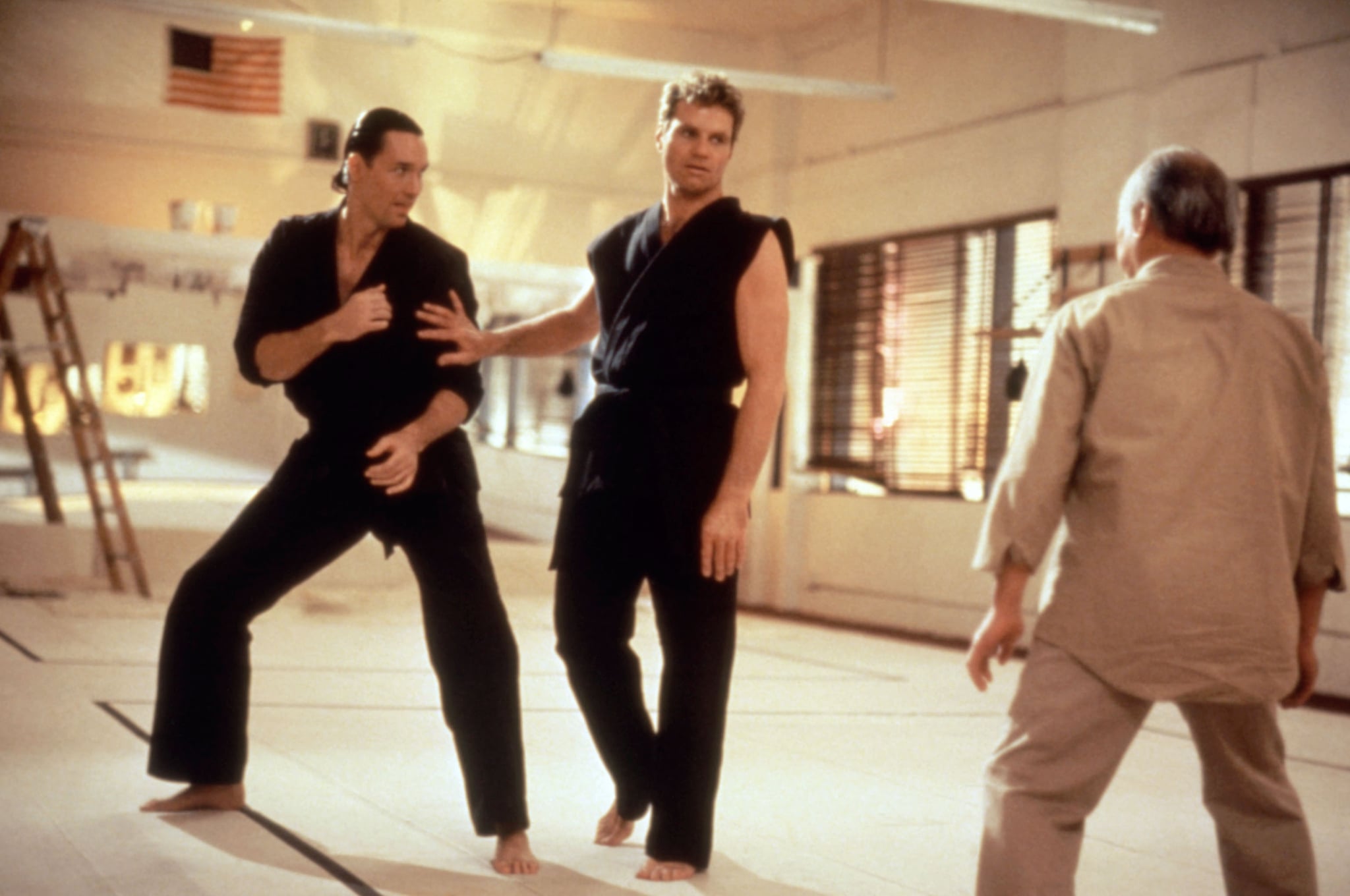 As we eagerly await the arrival of Cobra Kai's fourth season on Netflix (fingers crossed for later this year!), we are busy streaming our favorite episodes, rewatching the classic movies that inspired them, and scouring the internet for any hints about production. Now that Netflix has dropped a teaser trailer for season four, we have a new obsession to pass the time: learning about the latest character to appear in the show, the villainous Terry Silver.

"Since the beginning of the series, we've been carefully orchestrating the right moment to unleash Cobra Kai dojo cofounder Terry Silver back into the universe," said executive producers/writers Josh Heald, Jon Hurwitz, and Hayden Schlossberg in a statement to Deadline on May 27. "That moment is now. We can't wait for the whole world to experience Thomas Ian Griffith's majestic return to the franchise."

So, who exactly is Terry Silver? Here's what to know.

Thomas Ian Griffith will play Terry Silver in Cobra Kai, a role he knows better than anyone — he held the original role in The Karate Kid Part III after all. On May 27, Griffith (@tigianpage) tweeted, "Time to step out of the shadows… #CobraKaiSeason4," along with the trailer of the upcoming season. Griffith is an actor, producer, writer, and martial artist who has appeared in several TV films and series throughout his career. He has writing credits on NBC's Grimm and an episode of Netflix's Dolly Parton's Heartstrings, but playing Silver is one of his most popular roles. It seems Griffith is super excited to step into the dojo once again if you can judge by his recent tweets. (Can you blame him? We're stoked, too!)

What is his role in the series?

ICYMI, Terry Silver is a wealthy businessman who cofounded Cobra Kai. He is also a former war buddy and best friend of John Kreese (Martin Kove).

When is the last time we saw him?

The events in Cobra Kai take place over 30 years after the 1984 All Valley Karate Tournament, in which Silver and Kreese were defeated. However, Silver has been mentioned in passing throughout Cobra Kai. The season three finale shows flashbacks of Kreese saving Silver's life when they were held as prisoners in the war, then reflecting while looking at an old photo in the present day.