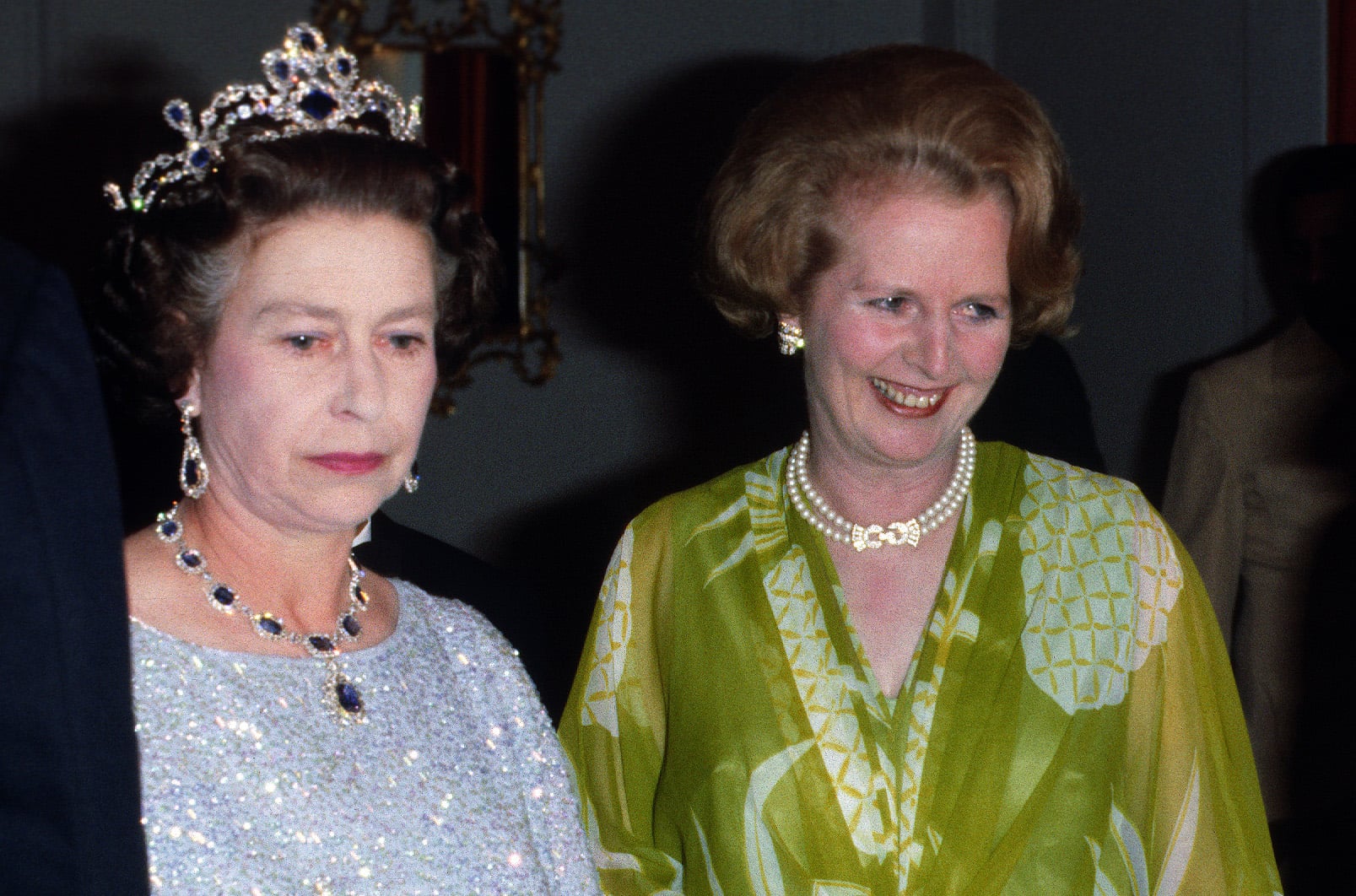 Media far too often gives in to the temptation to pit two powerful women against each other, even if there's little evidence of a dispute. But in the case of Margaret Thatcher and Queen Elizabeth II, it's safe to say their relationship was every bit as complex as it is shown to be on The Crown's fourth season. As leaders, they found a way to work together and respect one another, even as they seemingly disagreed on a number of social issues, but their differences did get the better of them on occasion.

Despite being born just six months apart, Thatcher and the queen came from different worlds. The prime minister was the daughter of a grocer, while the queen was born into power. But what they had in common was a love for England, even if they expressed that love in different ways. In the eighth episode of season four, "48:1," Thatcher's controversial decision not to sign a sanctions letter in response to the apartheid in South Africa leads to the queen's press secretary sharing that the queen believes the prime minister is "uncaring" in a statement to The Sunday Times. That story is real, although the palace quickly issued a statement denying that the monarch spoke out against Thatcher's refusal to join the rest of the Commonwealth in denouncing the situation in South Africa.

On the show, Thatcher's next audience with the queen is a frosty one, with the monarch denying The Sunday Times' report as the prime minister makes it clear she won't be taking orders from the queen, who is meant to be an apolitical figurehead. However, the world may never truly know what went on behind closed doors. The queen's weekly meetings with Thatcher were private, just as her meetings with every other prime minister have been.

What we do know about the women's relationship is that they each regarded the other as a bit alien. In her research for the role of Thatcher, Gillian Anderson discovered that the prime minister would show up 15 minutes early for her meetings with the queen, and each week, the queen would leave her waiting. "One of the early things that I read was that, when Thatcher first showed up for her audiences with the queen, she came very early and would sit outside going through her notes and prepping herself," the actor told Vanity Fair. "Eventually, I think the palace said, 'You know, you can come later. You don't have to be here early.' I think that time of her being around, and in that proximity, maybe made the queen uncomfortable in some way."

Additionally, the show didn't exaggerate Thatcher's disdain for her trips to Balmoral. Playwright Moira Buffini, who wrote Handbagged about the private meetings between the prime minister and the queen, told The Guardian, "When Thatcher went to Balmoral, she hated it — bagpipes, wellingtons, corgis. She couldn't wear shoes. And yet it was there the Queen felt most at home."

Ultimately, the queen and Thatcher's mutual respect for one another rose above all else. Queen Elizabeth reportedly felt Thatcher's party treated her poorly when she was ousted in 1990. In response to the prime minister's years of service coming to an end, the queen invited her to a horse race, per The Independent, and even though Thatcher declined, she was reportedly touched by the gesture. What she did accept was the Order of Merit that the queen bestowed on her for her years of service.

Several years later, the queen attended Thatcher's 80th birthday party, even though she was under no obligation to do so. And in 2013, Britain's longest-reigning monarch broke protocol and attended Thatcher's funeral, even though the queen doesn't traditionally attend the funerals of commoners. In the end, the queen's actions speak louder than palace hearsay: Thatcher and Queen Elizabeth didn't always agree on how Great Britain should be run, but they always had a great deal of respect for each other as leaders.

The Royals
Sundance 2022: 5 Chilling Takeaways From The Princess
by Monica Sisavat 9 hours ago

TV
Who's Dating Who on Euphoria? A Breakdown of Every Messy Relationship
by Mary Everett 15 hours ago

Celebrity News
Meat Loaf, Louie Anderson, Sidney Poitier, and Bob Saget Are Among the Stars Who Died in 2022
by Naledi Ushe 15 hours ago