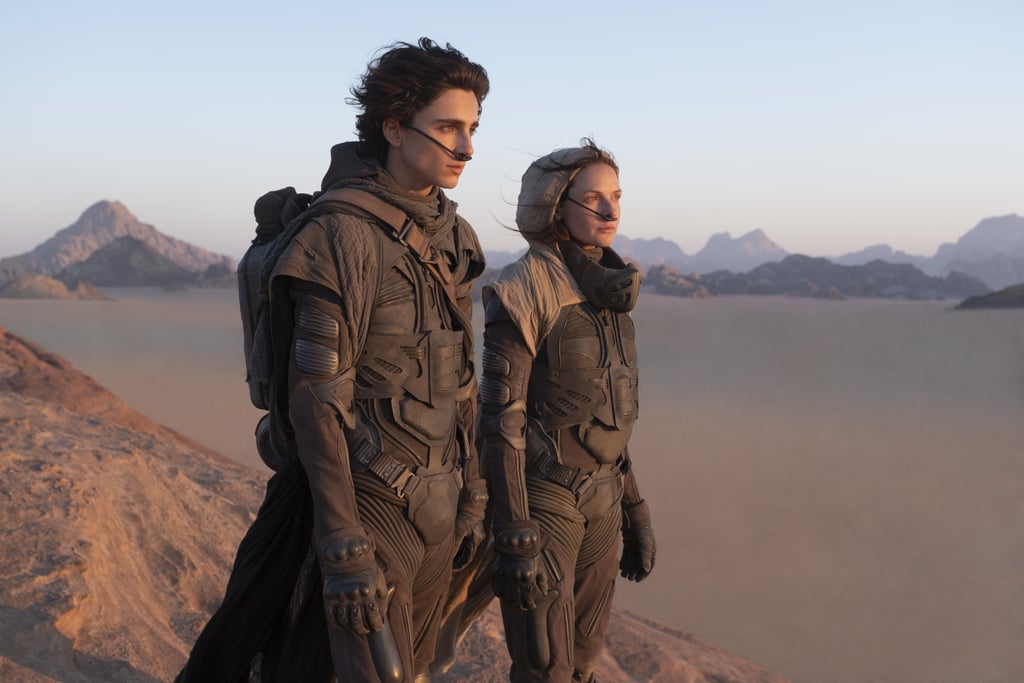 The trailers for Dune have blasted us into an alternate world of revolution, and we're into it. The first clip, which dropped on July 22, features a stunning Timothée Chalamet as Paul Atreides, a young man who endeavors to regain control of Arrakis, the planet the Atreides have been assigned to rule, after his family lose their authority over the prized province. Not only do we get a glimpse of Chalamet with costar Zendaya, but we also see an adorable moment between Chalamet and Jason Momoa. They clearly know what the people want! The stacked cast also includes Rebecca Ferguson, Josh Brolin, Oscar Isaac, Javier Bardem, and Stellan Skarsgard. Denis Villeneuve, who directed Dune, cowrote the film with Eric Roth and Jon Spaihts.

The film is based on Frank Herbert's 1965 book of the same name. The novel takes place thousands of years into the future, when humans have spread out and populated different planets. Paul develops special powers and becomes the leader of Arrakis, protecting the inhabitants from intruders. Dune was first turned into a movie in 1984 with director David Lynch's rendering. Look ahead to watch the trailers for Villeneuve's upcoming adaptation, then check out all the first-look photos from the movie before it hits theaters and HBO Max on Oct. 22, 2021!