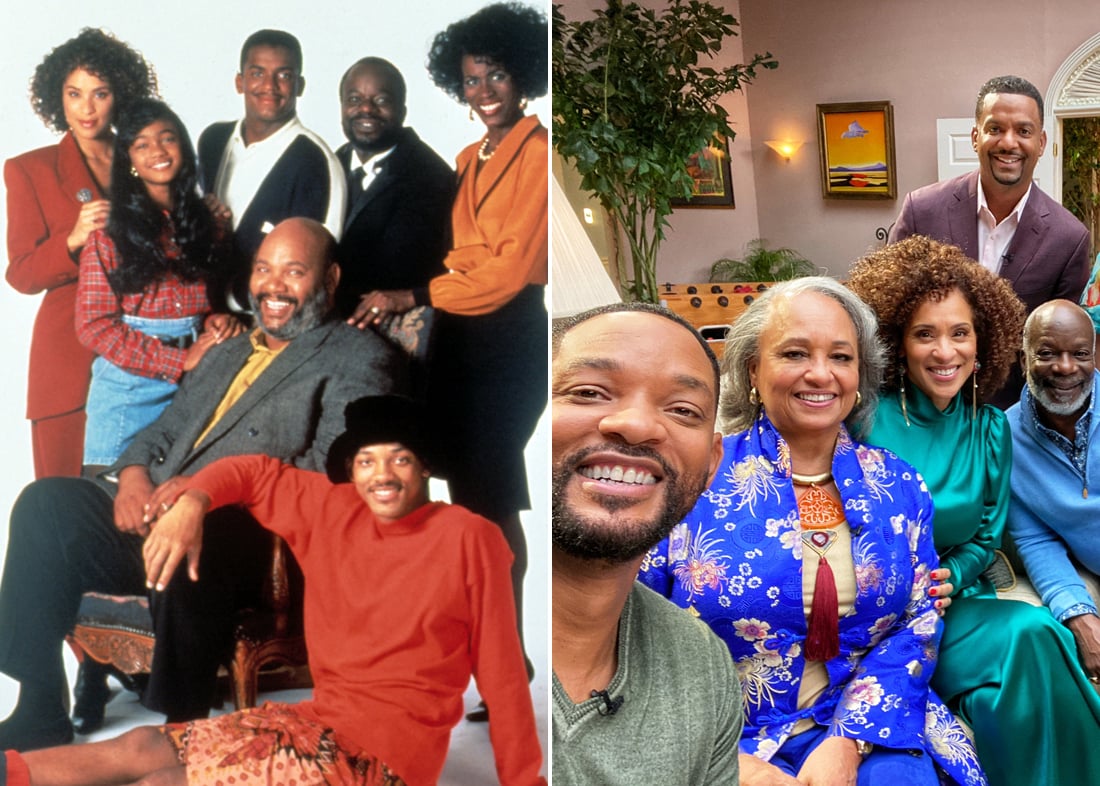 I don't know about you, but I'm in tears after watching the cast of The Fresh Prince of Bel-Air come together for HBO's reunion special, which dropped on Nov. 18. During the hour-long program, former castmates Will Smith, Tatyana Ali, Karyn Parsons, Joseph Marcell, Daphne Maxwell Reid, Alfonso Ribeiro, and DJ Jazzy Jeff paid homage to their late costar James Avery, aka Uncle Phil, who died in 2013 due to open-heart surgery complications. In honor of Avery's legacy, they opened up about his fatherly presence on and off screen before showing a video tribute with his most notable scenes. Look ahead to see the cast's salute to Avery.

Related:
What Has the Banks Family Been Up to Since The Fresh Prince of Bel-Air? Here's a Recap