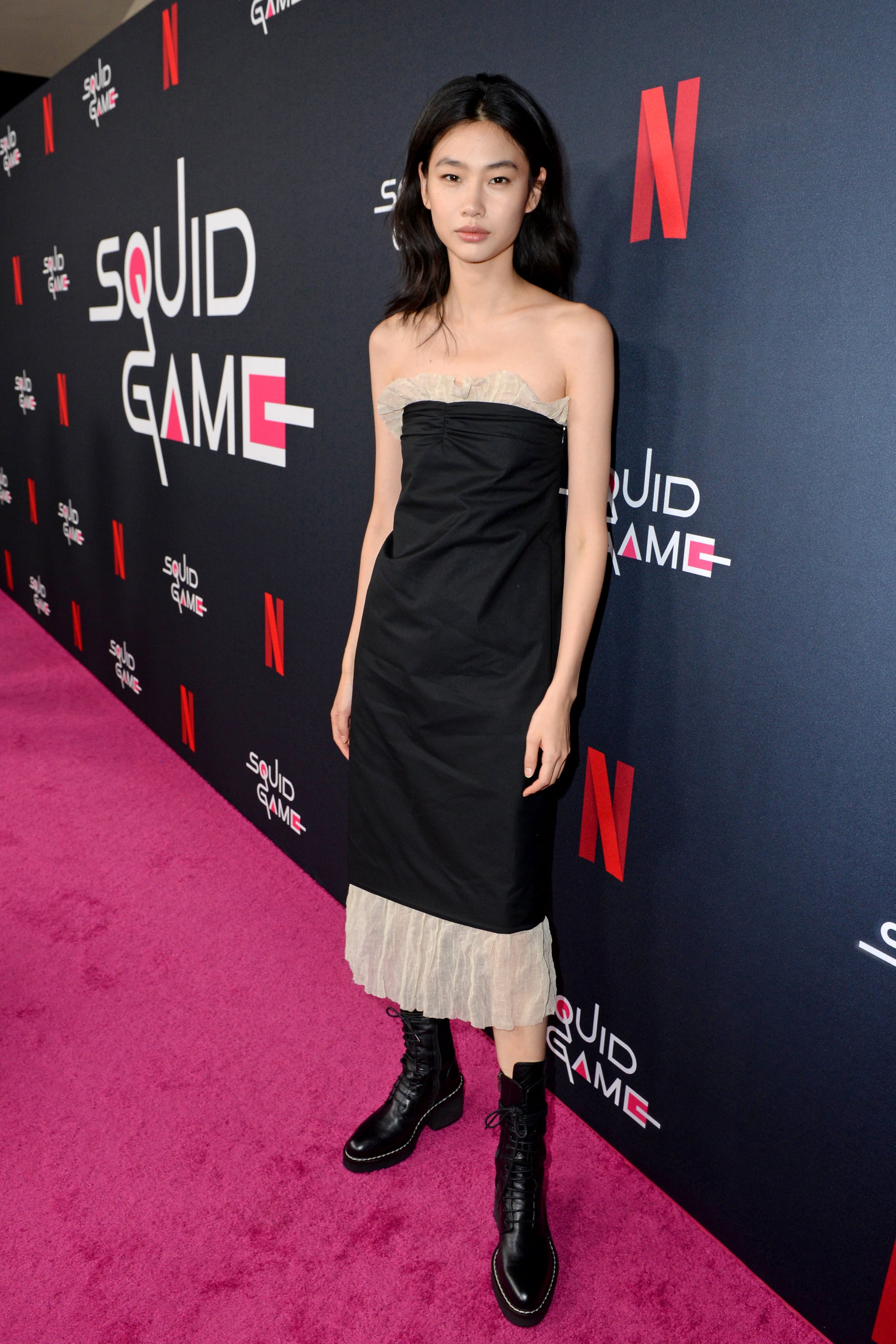 "Squid Game" took over Netflix when it debuted in September 2021 and continues to make a splash with season two getting confirmed. The Hwang Dong-hyuk-directed thriller also saw HoYeon make the transition into acting for the first time after years of working as a model. In a new interview with i-D, the 27-year-old opened up about her interest in the world of entertainment and how "Squid Game" caused her to think deeply about her own life and love. "Almost every time in the movies, the main characters are f*cked up. So they taught me that's it's ok to f*ck up," she told the outlet of her interest.

When it comes to "Squid Game," there is an overarching theme about anticapitalism, but to HoYeon, there was another equally important message. "I realize the show is about the power of love," she said, explaining that Sae-byeok's objective to win the competition was fueled by giving back to her brother. "It's very cheesy to say it, but you know, as HoYeon, I never led my life for other people. I only cared about my career and my wellness, and maybe some of my closest friends. I never had that kind of experience to live for somebody else as my whole life's purpose, like my brother or my family."

HoYeon also opened up about wanting to support children's charities as a result of researching for her role. "I see myself as a kind of spoiled child," she admitted. "Because I have my cell phone to Google anything, anytime; if I'm hungry I can order any food in 30 minutes; airplanes are fast — everything is so convenient."