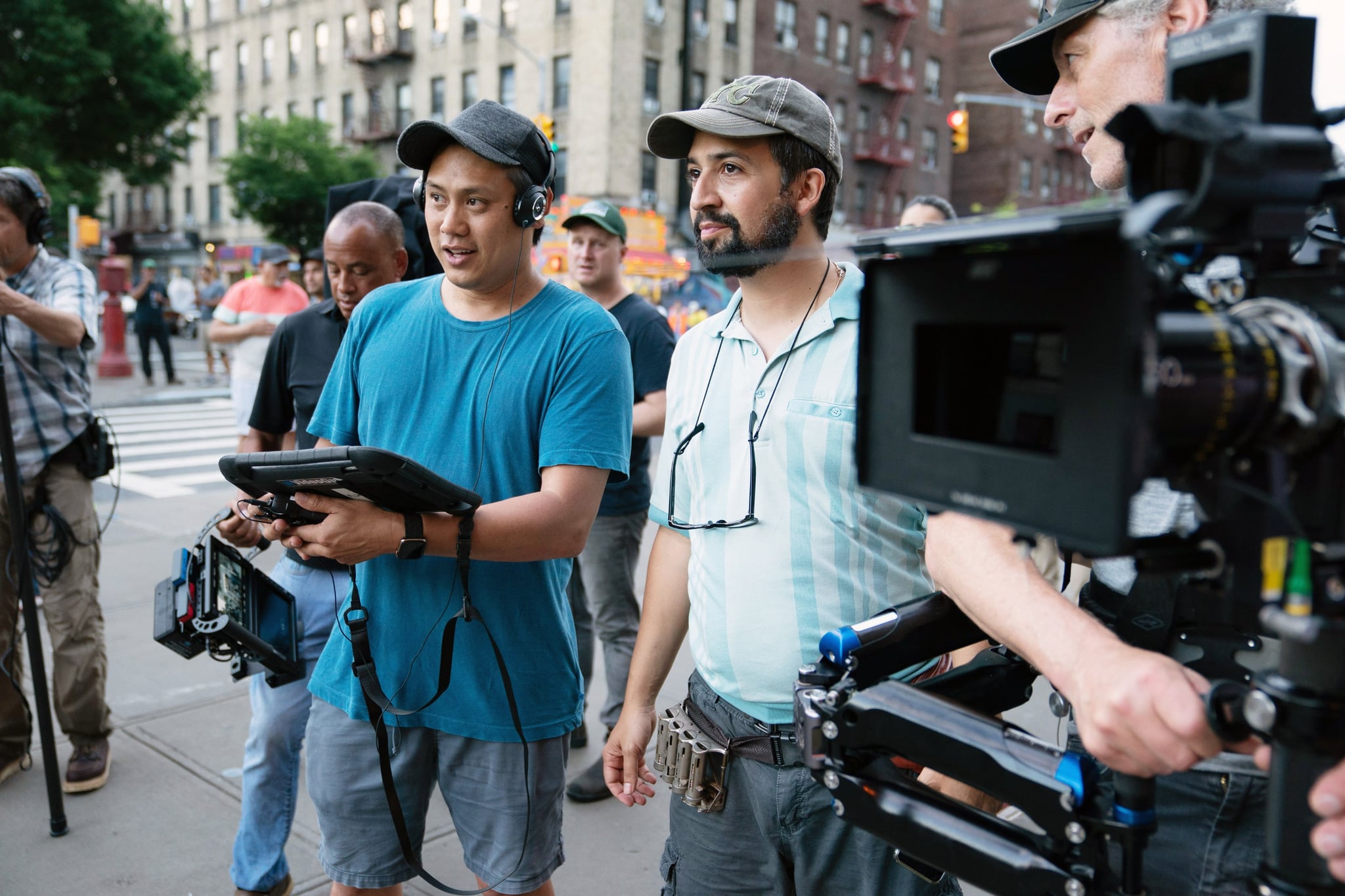 The conversation surrounding In the Heights and its lack of Black representation started long before the movie's release on June 11. When the trailer was first released back in December 2019, multiple Twitter users pointed out that the film didn't seem to be realistic of the Washington Heights neighborhood because darker-skinned Black Latinx characters weren't featured. Their concerns about Washington Heights, which is a predominantly Dominican neighborhood, are valid and highlight the issues of colorism and prejudice found within the community. "Latino is a very broad statement, but what it has done traditionally is weed out people that are Black inside that community," actress Stephanie Beatriz said in an interview with Entertainment Tonight. And she's not the only one from In the Heights addressing the criticism.

In an interview with The Root on June 9, director Jon M. Chu's response to the lack of Black Latinx representation shows just how far Hollywood still has to go when it comes to dealing with colorism on both a conscious and subconscious level. "In the end, when we were looking at the cast, we tried to get people who were best for those roles . . . But I hear you on trying to fill those cast members with darker skin," he told Felice León. "I hope that encourages more people to tell more stories, and get out there and do it right then . . . We tried our best on all fronts of it."

Melissa Barrera, who plays Vanessa in the film, discussed the audition process in the same interview. "In the audition process, which was a long audition process, there were a lot of Afro-Latinos there. A lot of darker-skinned people. They were looking for just the right people for the roles, for the person that embodied each character in the fullest extent," she explained to The Root. "And because the cast ended up being us, and Washington Heights is a melting pot of Black and Latinx people, Jon and Lin wanted the dancers and the big numbers to feel very truthful to what the community looks like." Barrera's response touched on the issue social media had with the Black and Afro-Latinx actors who are seen in the film. It's not enough to include darker-skinned actors in the background; real representation comes from featuring them front and center with speaking roles.

It took starring as Nina for Leslie Grace, one of the film's few featured Afro-Latinx actors, to realize she'd not seen herself truly represented on screen before. "I didn't realize how much that affected the limitations that I put on myself — being someone who wanted to be an artist, an actress and even be in the Latin music industry being Afro-Latina. I feel so blessed that we get to express the diversity that is within the Latinx community in a way that we haven't been able to see onscreen," she told León. "I hope that this is cracking that glass ceiling. Because I do hope to see my brothers and sisters that are darker than me lead these movies."

As for what In the Heights creator Lin-Manuel Miranda had to say about the film's representation issues, it has all the hallmarks of a typical Hollywood blame shift. "It's unfair to put any kind of undue burden of representation on In the Heights," he told Vox. "There are so many millions of stories . . . from the cultural specificities of the Puerto Rican American experience, the Dominican American experience, the Cuban American experience, and we couldn't get our arms around all of that." There's a difference between not being able to tell every Latinx story and being able to tell the story of Washington Heights.

Following a weekend of controversy, on June 14, Miranda released a statement on Twitter apologizing for In the Heights' lack of Black representation in lead roles. "I can hear the hurt and frustration over colorism, or feeling still unseen in the feedback," Miranda wrote. "I hear that without sufficient dark-skinned Afro-Latino representation, the work feels extractive of the community we wanted so much to represent with pride and joy. In trying to paint a mosaic of this community, we fell short. I'm truly sorry." Miranda's apology was his second attempt at addressing the movie's backlash. With his first, he tried making excuses for the film's lack of comprehensive casting and completely missed the mark.

During her June 15 appearance on The Late Show, actress Rita Moreno explained that she didn't feel the film's backlash was warranted. "Can we talk for a second about that criticism about Lin-Manuel? That really upsets me," she said to host Stephen Colbert. "You can never do right, it seems. This is the man who literally has brought Latino-ness and Puerto Rican-ness to America. I couldn't do it . . . I'm simply saying, can't you just wait a while and leave it alone? It would be so nice if they hadn't come up with that and left it alone, just for now. They're really attacking the wrong person." This isn't the first time colorism surrounding the Latinx community has been an issue in Hollywood. For 1961's West Side Story, Moreno and the white actors playing Puerto Ricans were put in brownface so that they could match skintone.

Hopefully, the casting blunders of In the Heights continue the conversation about what qualifies as authentic representation, and next time, Hollywood can get it right.