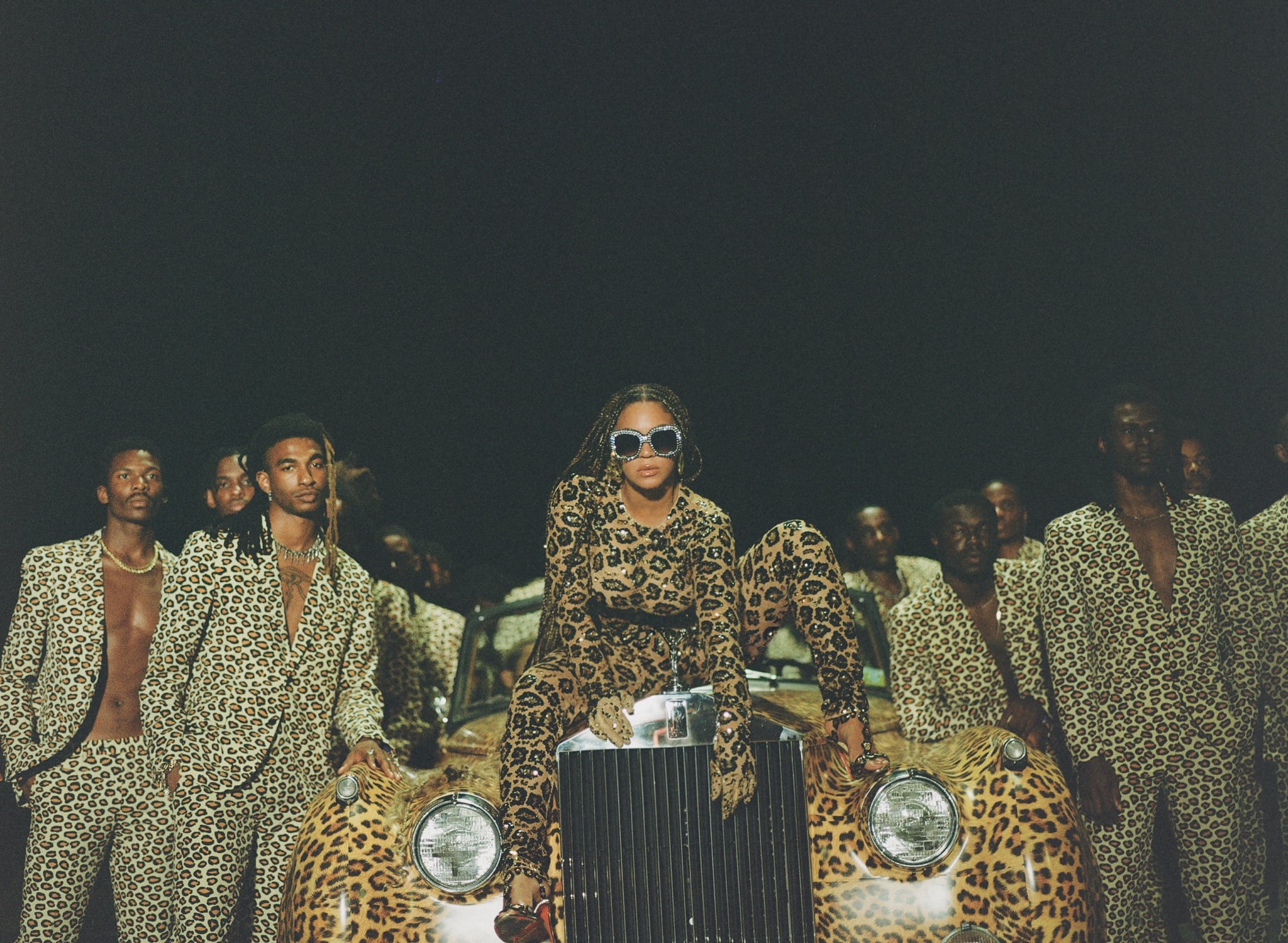 In an atypical fashion, Beyoncé actually warned us about the greatness that was to come: Black Is King, a visual album to follow The Lion King: The Gift, dropped on Disney+ on July 31. Although the album's official description tells us it "reimagines the lessons of The Lion King for today's young kings and queens in search of their own crowns," I was not prepared for the incredible way the story would be told. When Beyoncé took the reins of the original idea of a young boy learning to be a king, she ran with it to create something all her own, simply using The Lion King as a blueprint for the story of growth.

Black Is King's references to the Disney movies (both the 1994 original and the 2019 live-action version) begin immediately, and range from in-your-face shoutouts to subtle nods. The unmistakable baritone of James Earl Jones (aka Mufasa) can be heard during the opening shots of Black people proudly standing in various parts of nature and a basket floating in a river, reciting the same speech that began in The Lion King. As the first song, "Bigger", begins, Beyonce is seen painting the face of a little boy, similar to the way Rafiki does with Simba. There are images of the same boy seated on a throne that follow. The scene is not only a nod to the original story's ending, but an image not many young Black men get to see.

The question "who are you?" is repeated throughout Black Is King, just as it is a central theme of The Lion King. The question is first uttered in the scene before "Ja Ara E" begins. A man holding a snake asks the young boy who he is after he trails a monkey into a mysterious place and is guided to what seems like bad influences. This scene turns into a motorcycle stampede that ultimately leads to Mufasa's untimely death — another undeniable reference to the original that is depicted in a unique way.

The joyful scenes in "Mood 4 Eva" are purposely parallel to the scenes from The Lion King's iconic "I Just Can't Wait to Be King" number, a colorful and vivid preview of what's to come for the young king. There's Billy Eichner's voiceover explaining "Hakuna Matata" while a leopard print car drives young the boy to his next stage of growth and synchronized swimmers dressed in pink just like Disney's animated dancing flamingos. The visuals are stunning, the Black joy is a treasure to see, and the celebrity cameos (including Jay-Z and Kelly Rowland) are icing on the cake.

In between the wealth of references, Beyonce tells a classic story from the Black perspective. With new tracks such as Black Parade added to the mix and an inspiring message to black young men and women to wear their crowns proudly, this body of work is the gift we truly deserved. Beyonce took a children's story and turned it into a form of activism, rebellion, and an expression of self-love. It's the reimagination of The Lion King we didn't even know we needed.