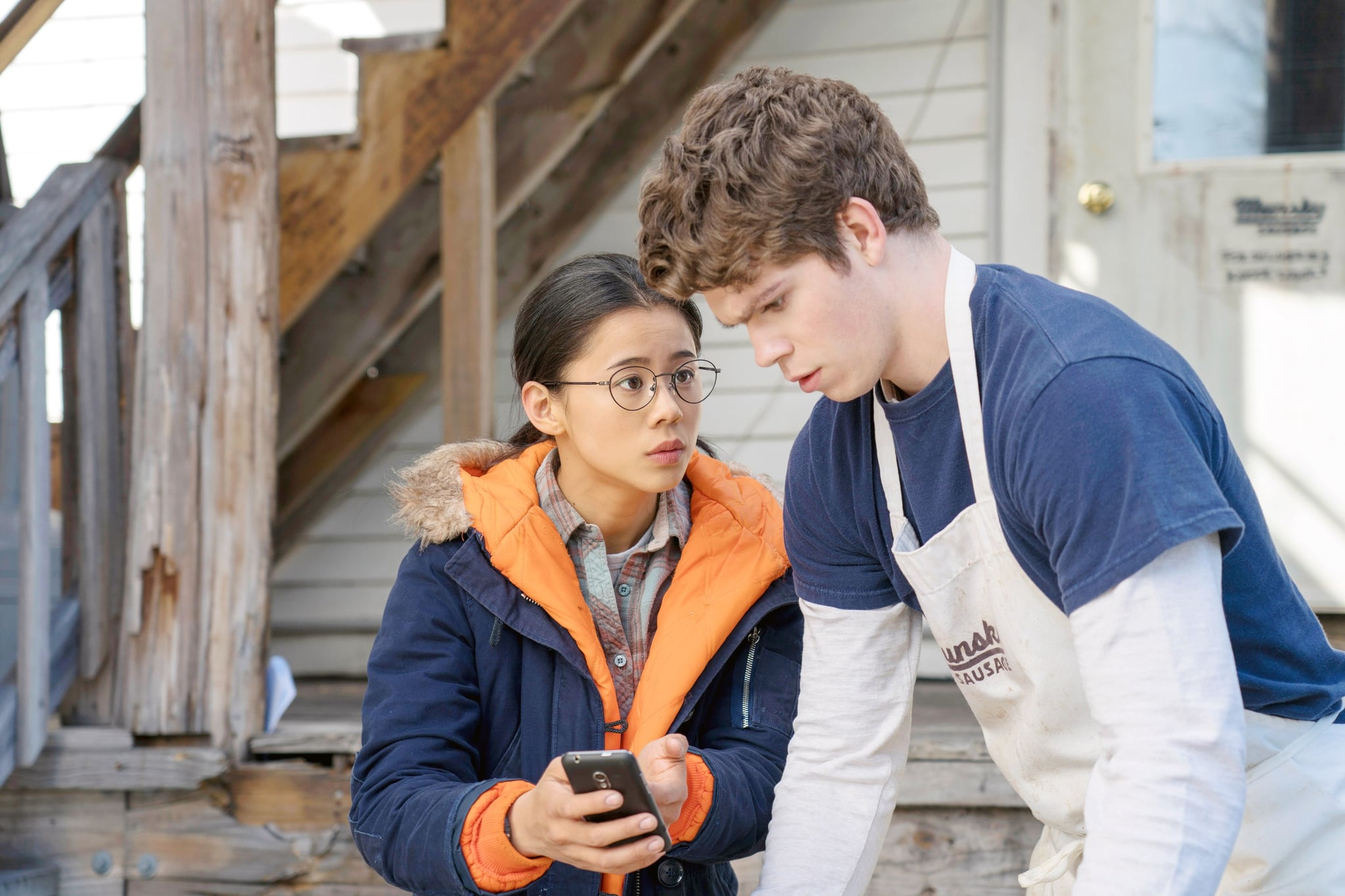 Netflix's The Half of It is already getting enormous buzz, and it's easy to see why. After watching the trailer, you might be wondering if the film is based on a book — something about the story sounds very familiar! In fact, the movie is loosely based on a famous play that's also inspired several other movies in recent years. Here's where you've seen it before.

The Half of It is loosely based on Cyrano de Bergerac, a 19th-century play that revolves around an eloquent but "ugly" man helping a handsome but uninspired man woo a beautiful woman whom they both develop feelings for. In this latest version, it's a little more complicated than that: the movie's protagonist, Ellie, has to hide the fact that she secretly has a crush on another girl while helping a jock guy write love letters to that same girl. In addition to the fear being that the love interest wouldn't love Cyrano/Ellie if she knew who was really writing the letters, there's the extra layer of whether she'd be interested in another girl.

This isn't the first time a Netflix coming-of-age movie has taken the Cyrano story as inspiration. The 2018 movie Sierra Burgess Is a Loser was a gender-flipped version of the story: an unpopular "band geek" communicating with her secret crush on behalf of the popular girl who also likes him. The plot was also referenced in Set It Up, when the two main characters — executive assistants pulling the strings to get their bosses to fall in love with each other — debate if their plans are more like the plot of Cyrano or The Parent Trap. Even Disney Channel has gotten in on it: the 2012 TV movie Let It Shine lifts the plot and transplants it to the world of teen pop idols, where a young musician lets his best friend pretend he wrote his music in order to win over their childhood friend who is now a famous singer.

It's easy to see why this plot is so appealing for adaptations: secret love letters, unrequited pining, mistaken identities, and all the trappings of a great rom-com (even if the original play is more of a tragedy). It seems pretty certain that The Half of It will be another great addition to the long line of Cyrano-inspired movies when it debuts on Netflix on May 1!

Image Source: Everett Collection
NetflixBooksMoviesBooks To MoviesThe Half Of It

Reese Witherspoon
Melanie Lynskey Is in Touch With Some of Her "Sweet Home Alabama" Children: "Very Cute, Sweet Kids"
by Eden Arielle Gordon 11 hours ago

Books
Jennette McCurdy Details Abuse by Her Mother, Her Difficult Nickelodeon Experience in Memoir
by Lindsay Kimble 11 hours ago