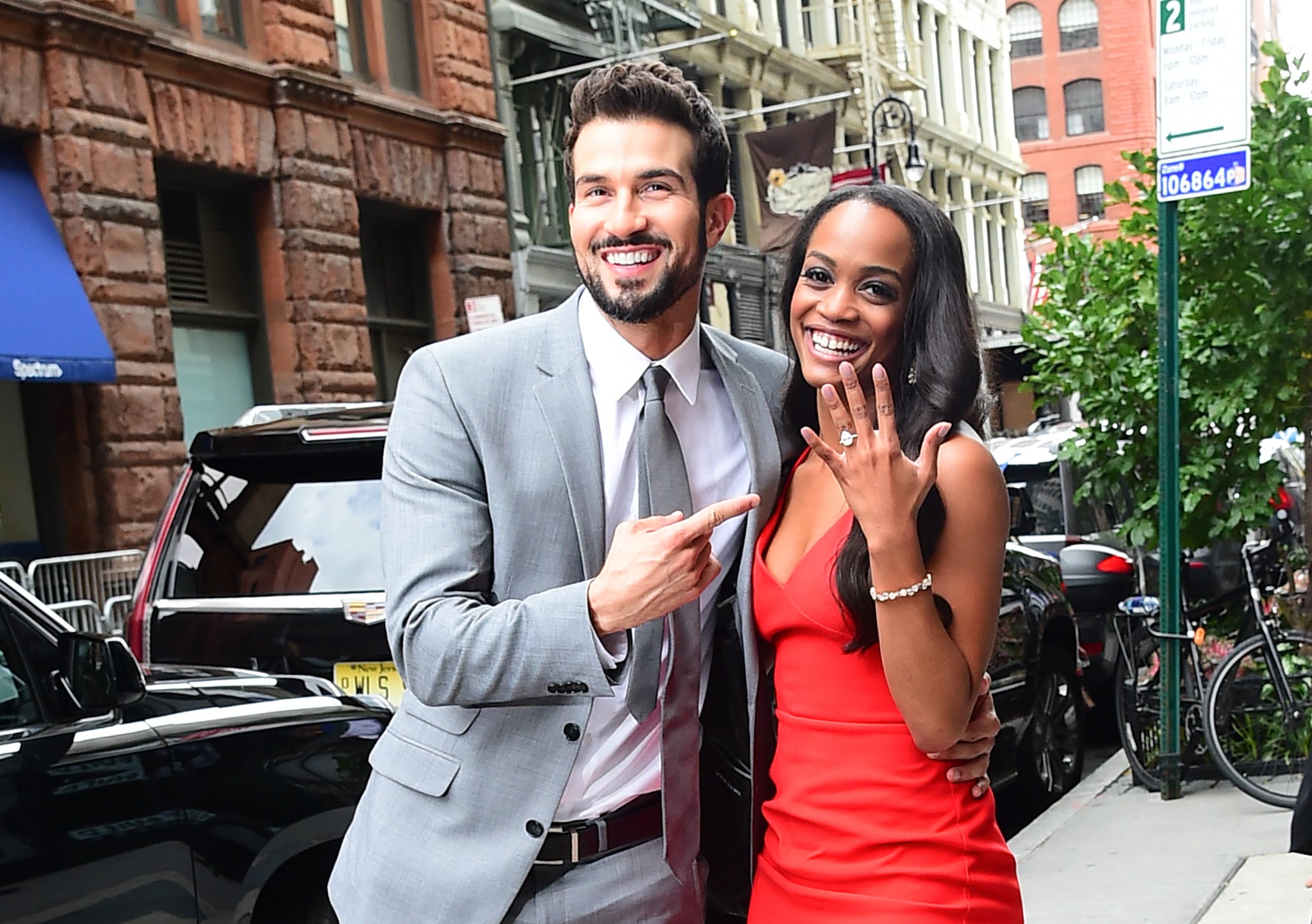 Rachel Lindsay returned to The Bachelorette on Monday night to give current lead Tayshia Adams some advice as she moves toward her final rose ceremony. It's been over three years since Rachel took her own journey on the show, so how much do you remember about how her season ended?

Rachel became the bachelorette in 2017 after becoming a fan favorite during Nick Viall's season of The Bachelor earlier that year, where she finished in third place. She became the first Black bachelorette in franchise history, and, at the time, she was the oldest bachelorette to lead a season: she was 32 years old when her season filmed, only surpassed this year when 39-year-old Clare Crawley led the first half of this season before departing with Dale Moss and turning the season over to Tayshia.

Eventually, it came down to two finalists: Peter Kraus, a 31-year-old business owner, and Bryan Abasolo, a 37-year-old chiropractor. When the finale rolled around, there was major drama around Peter's departure, when she ultimately sent him home early when he hesitated about proposing to her. Fortunately, it all worked out in the end. Bryan proposed to her, she accepted, and they got married in 2019! Rachel has stayed connected with the Bachelor world, hosting the Bachelor Happy Hour podcast along with fellow former bachelorette Becca Kufrin, plus popping up for guest appearances — including a powerful one in early 2020 where she spearheaded a discussion about bullying in the show's online world.

Although things worked out well for Rachel in the end, at the time, she criticized the show's producers for manipulating the editing of her season to put more focus on the drama with Peter rather than the real love she found with Bryan. "When it comes to Bryan, you obviously see that we're very passionate with each other, but you don't see the depth our relationship had," she told The Hollywood Reporter. "There was no drama. It's crazy the chemistry that we have between each other and how compatible we are. I really wish you could have seen more of that."

In a separate, later interview with THR, Rachel pointed out the differences in how her finale was edited versus how her successor (and future cohost) Becca's was. Becca and then-fiancè Garrett Yrigoyen got engaged at the end of the show, then returned for a traditional "After the Final Rose" interview, whereas Rachel's live portion of her finale was intercut with the previously filmed section, resulting in a focus on questioning her in real time about her breakup with Peter more than her "happily ever after" with Bryan.

"There was no controversy and [Becca] was not put in a position to face any. She was protected and I was placed on display for three hours and labeled an angry black female. And there will always be that stigma attached to my finale because it has been said that when truth is blurred by misinformation, perception becomes reality and all is lost . . . As for my happy ending, it was not demonstrated within the confines of your television screens, but I am living it every day in real life." We couldn't be more thrilled that Rachel has gone on to live her best life — calling out issues with the franchise in the process — and we hope Tayshia will get to do the same, no matter how her story ends!