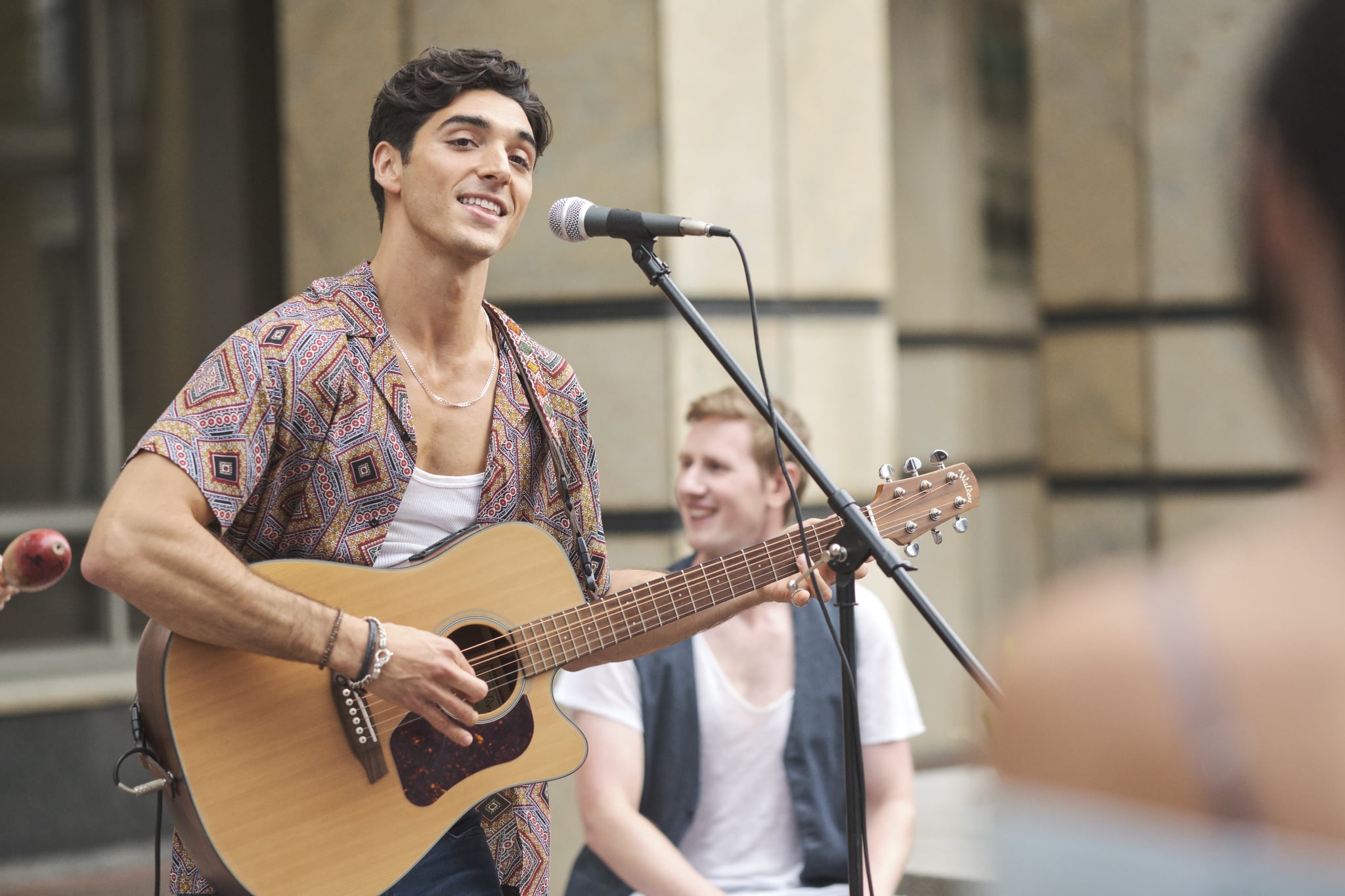 Elle has a brand new love interest in The Kissing Booth 2, and he's giving Noah a run for his money. In the Netflix sequel, Elle finds herself drawn to the new guy in school named Marco, played by Taylor Zakhar Perez. Not only is he incredibly attractive and charming, but he's also a musician. Swoon! Throughout the movie, Marco shows off his musical skills as he performs at the Halloween party and on the street. Of course, our main thought after watching the movie was: is that really Perez singing and playing guitar?

While Perez does have a background in musical theater, Netflix confirmed a voice double was used in the film for his singing scenes. That being said, he practiced really hard to make sure he nailed those performances. "I practiced my butt off," he said about the musical moments in the film. "I was super, super lucky to have [the film's director Vince Marcello], who has a crazy amazing musical background, being an actor on Broadway. He was able to set me up for greatness and just give me all of the support I needed." He even learned how to play guitar for the role! "Looking at those strings, I was very confused the first couple of weeks," he said. "And then it just kind of became like muscle memory."