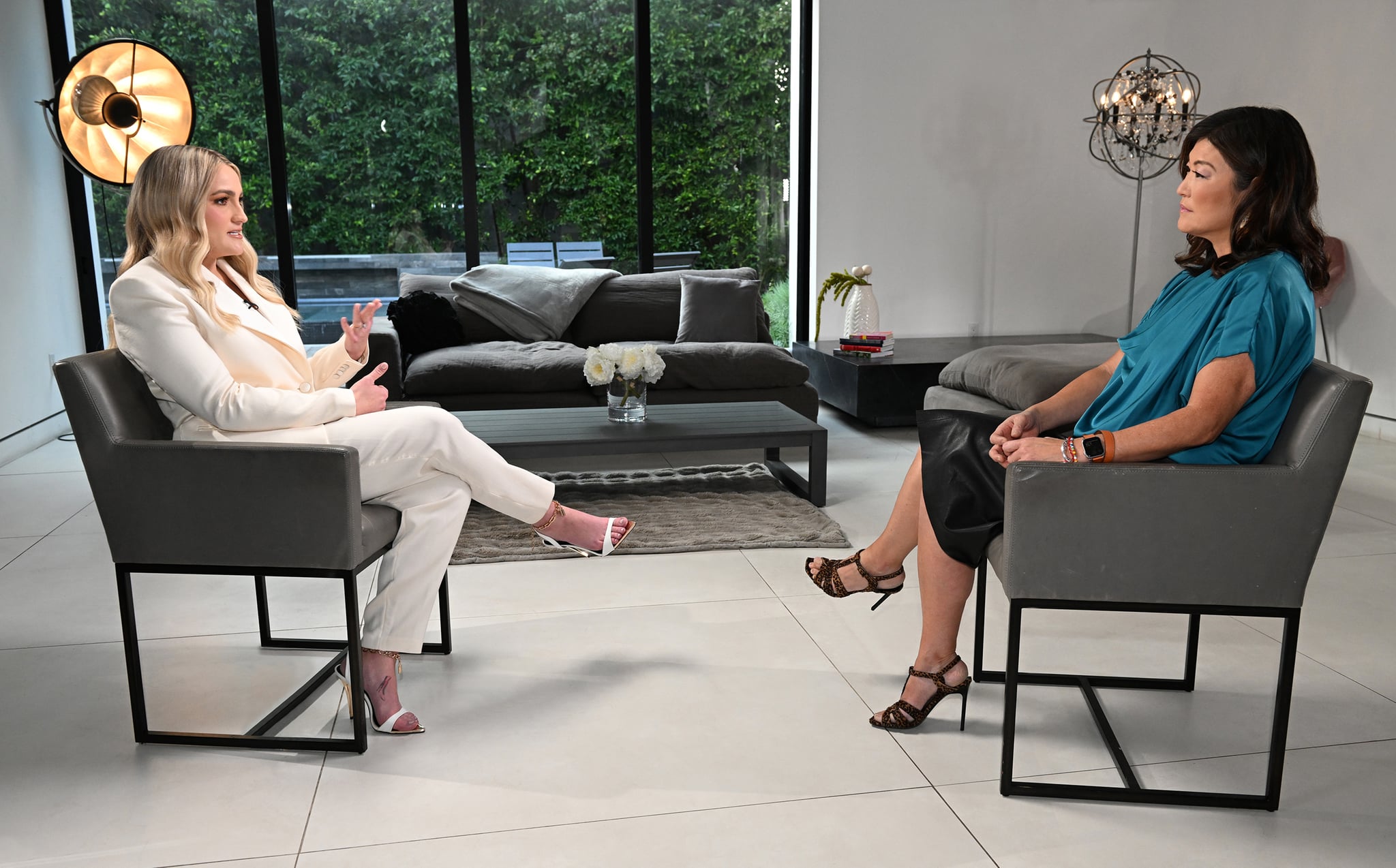 Jamie Lynn Spears is breaking her silence for the first time since her older sister, pop icon Britney Spears, was released from her 13-year-long conservatorship in November. The 30-year-old Sweet Magnolias star sat down with Nightline coanchor Juju Chang on Jan. 12 to promote her upcoming memoir, Things I Should Have Said, while addressing her complicated relationship with her family. In the book, Jamie Lynn writes about two alleged incidents where she feared her older sister. The Sweet Magnolias star discussed those with Chang, including a moment when Britney allegedly locked the two of them in a room while holding a knife and another time when the pop star allegedly "got in [her] face" while holding Jamie Lynn's youngest daughter, Ivey Watson, in her arms.

"It's important to remember that I was a kid in that moment. I was scared. That was an experience I had. But I also was fearful to, like, really say anything because I didn't want to upset anybody or anything," Jamie Lynn said of the alleged incident when her sister locked her in a room after grabbing the knife. "But I also was so upset that she didn't feel safe." When discussing the moment Britney allegedly "cursed" at her while holding her daughter, she said her oldest daughter, Maddie Aldridge, got defensive. "I guess she just got really angry and my oldest daughter tried to, you know, mediate the situation. I hated that — like, that's not what you're supposed to do. You're 12," she recalled, adding that her parents were dismissive. "They told me that I shouldn't be upset, like I can't upset Britney. I said, 'You just saw me and my children be upset. When will I matter?'"

Elsewhere in the interview, which first aired on Good Morning America, Jamie Lynn discussed Britney's conservatorship."I was happy . . . when it was put into place, I was a 17-year-old, I was about to have a baby, so I didn't understand what was happening, nor was I focused on that," she said of learning about Britney's conservatorship. "I was focused on the fact that I was a 17-year-old about to have a baby. I understand just as little about it then as I do now."

On her long journey to freedom, Britney has repeatedly and publicly called out her family, including her younger sister, even unfollowing Jamie Lynn on Instagram over a week ago. Recently, she also expressed frustration over Jamie Lynn covering her hit song "Till the World Ends" during a live tribute at the 2017 Radio Disney Music Awards. "I don't like that my sister showed up at an awards show and performed MY SONGS to remixes !!!!!" she shared in a lengthy Instagram post. "Honestly, it was somewhat confusing to me . . . I was doing a tribute to honor my sister and all the amazing things that she's done," Jamie Lynn said of the performance, adding that she doesn't think that Britney is "personally upset" with her about it.

Two years ago, court documents revealed that Jamie Lynn was secretly named a trustee of Britney's SJB Revocable Trust in 2018, furthering the strain between the two. "There was a time where my sister asked me . . . if I would be the person who assured that her boys got what they needed," Jamie Lynn told GMA. "Whether she's in a conservatorship or not, that was a very normal thing I thought." She added: "Once I realized that, 'You know what, she's in a conservatorship,' I felt like I just didn't want be part of [it] until maybe she was out of the conservatorship, so there was no like, me overseeing funds or something like that. And if it was, it was a misunderstanding, but either way, I took no steps to be a part of it."

Despite their complicated relationship, Jamie Lynn insists "that love is still there, 100 percent" for her older sister. While wiping her tears away, she added: "I've only ever loved and supported her and done what's right by her, and she knows that, so I don't know why we're in this position right now."

She also opened up about becoming a teenage mother in the public eye, her daughter's ATV accident in 2017, and taking back control of her life. Check out a few snippets of the interviews ahead.