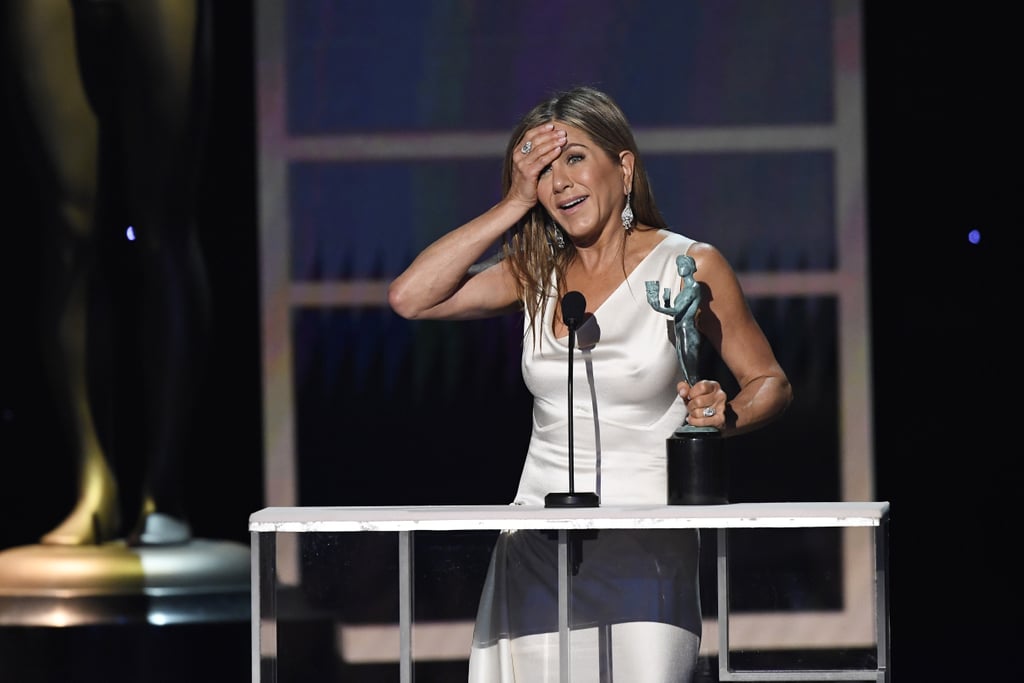 Jennifer Aniston was her usual lovable self as she won outstanding performance by a female actor in a drama series at the SAG Awards on Sunday. After taking home the special honor, the Morning Show actress looked adorably flustered as she made her way to the stage. Not only was the award one of the first big wins for the Apple TV+ series this award season, but it also marked Aniston's first SAG win in over two decades. She previously took home outstanding performance by an ensemble in a comedy series in 1996 for Friends. In addition to getting support from her costar Reese Witherspoon in the audience, Aniston's ex Brad Pitt was spotted proudly watching her speech backstage. See more photos of Aniston's win ahead.