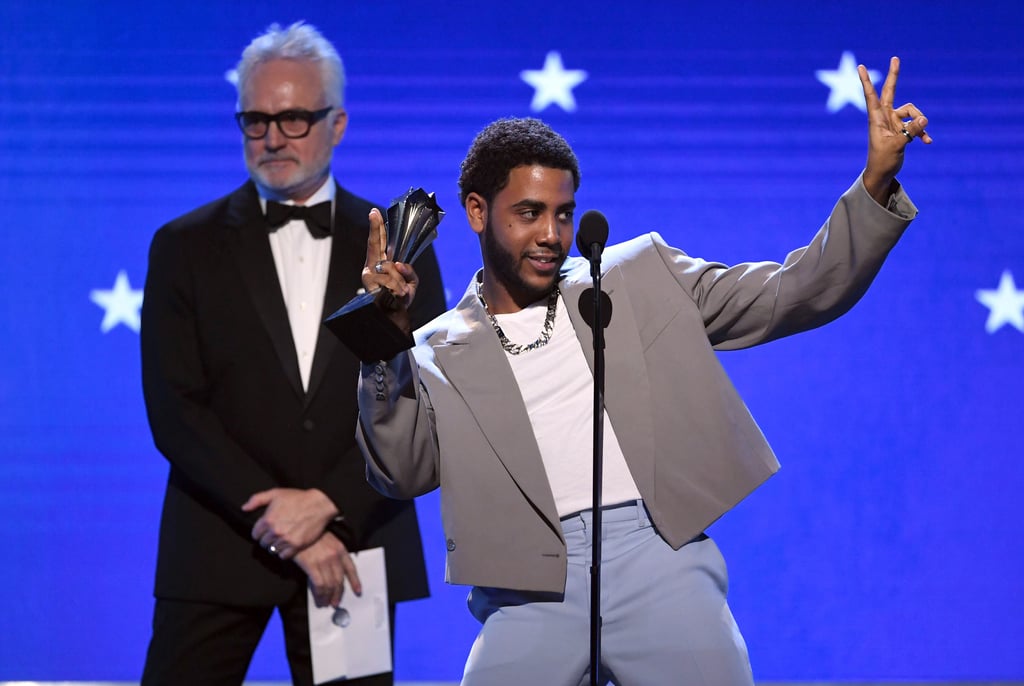 Jharrel Jerome was one of the big winners at Sunday's Critics' Choice Awards. The 22-year-old actor took the stage to accept the award for best actor in a limited series or movie made for television, accredited to his role as Korey Wise in Netflix's When They See Us. He took a moment in the spotlight to thank everyone who played a part in his success, notably the Exonerated Five, who inspired the series.

"This is for the Exonerated Five, no matter what," Jerome said, accepting his first-ever Critics' Choice award. "This is for Korey Wise, Antron McCray, Yusef Salaam, Raymond Santana, Kevin Richardson." He went on to thank his mother, father, aunt, and sister before giving a special shout-out to director Ava DuVernay — who, earlier in the night, delivered a powerful speech while accepting the best limited series honor for When They See Us. Calling DuVerney an "amazing, graceful queen," Jerome showed her some appreciation for giving him the opportunity to bring such an important story to light. Check out more photos from Jerome's memorable night and stay tuned for a video of his full speech!

Netflix
An Update on Where Dr. Donald Cline From "Our Father" Is Now
by Pallavi Bhadu 11 hours ago