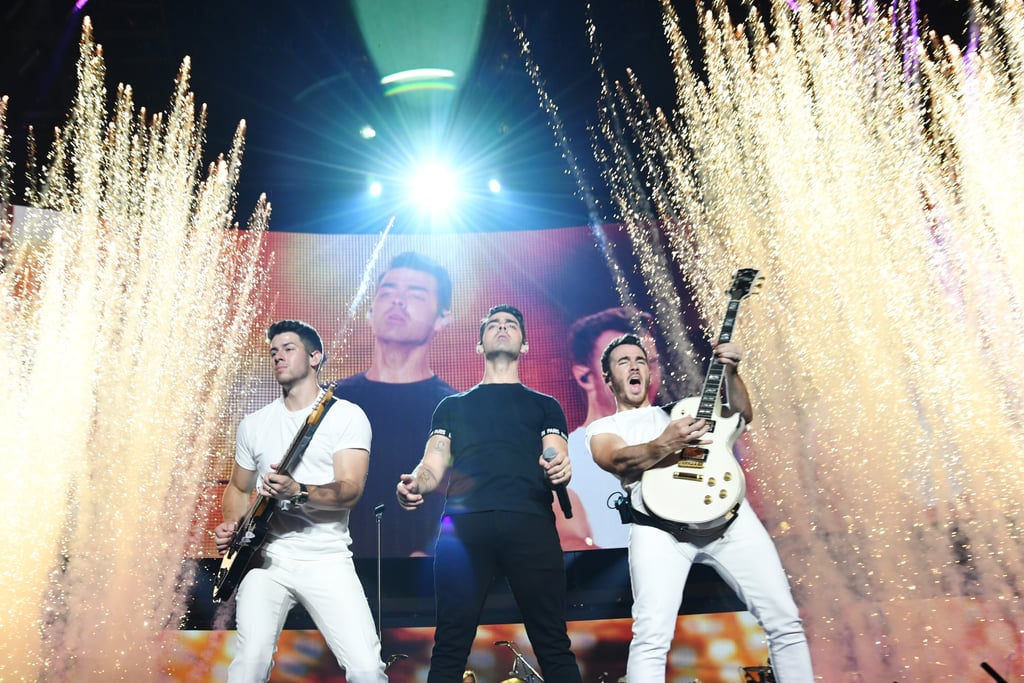 The Jonas Brothers Sang "Burnin' Up" With Big Rob, and the Crowd Lost Their Minds

The Jonas Brothers are currently touring the country for their Happiness Begins tour, but they had a very special guest for their LA show. While performing at the Hollywood Bowl on Sunday night, the brothers brought out their former bodyguard, Big Rob, for a special performance of "Burnin' Up." As OG Jonas Brothers fans know, Big Rob, whose real name is Robert Feggans, famously rapped on the 2008 song and even appeared in the action-packed music video. Naturally, the crowd went completely wild as he joined Kevin, Joe, and Nick for the number. Even the band looked pumped as they jammed out on stage.

This certainly isn't the first time Big Rob has reunited with the Jonas Brothers. He previously made a cameo at their Hershey, PA, show and even attended the premiere of their Amazon documentary, Chasing Happiness. After all this time, Big Rob and JB are still close, and that's no lie!

Related:
These Pictures of the Jonas Brothers Living Their Best Lives Will Bring You Pure Happiness
Previous Next Start Slideshow
MusicJonas Brothers

Music
H.E.R. Feels Like She's Finally Earned Her Stripes as an Artist
by Njera Perkins 4 hours ago

Politics
When Will the Law Stop Putting Rap Lyrics on Trial?
by Njera Perkins 9 hours ago