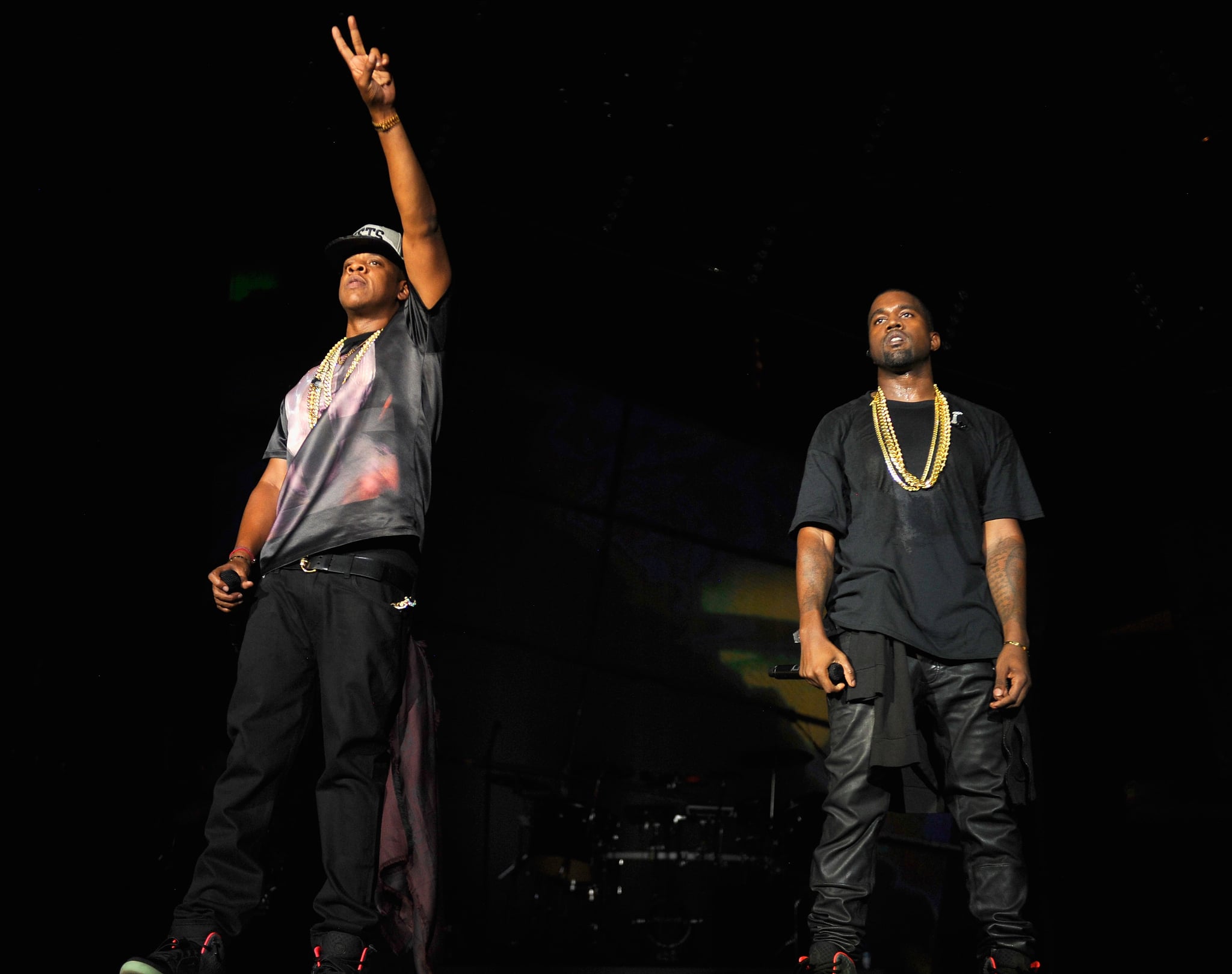 Kanye West is making music with JAY-Z again for his upcoming album Donda, which is named after his late mother who died in November 2017. During the album's listening event at Atlanta's Mercedes Benz Stadium on Thursday, it was revealed that JAY-Z has a quick feature on a song which is reportedly titled "Guess Who's Going to Jail Tonight?" Following the pair's complicated friendship over the past few years, fans were pretty shocked and a little emotional to hear JAY-Z featured on a Kanye West track again.

The last time the two teamed up for a song was for Drake's "Pop Style" in 2016, before their falling out later that year. In the new track, JAY-Z makes reference to their recent reunion, rapping, "This might be the return of the throne. Hova and Yeezus, like Moses and Jesus," alluding to their 2011 collaborative album Watch the Throne. It's being reported that JAY-Z actually recorded the verse just a few hours before the album listening event.

The rappers' friendship has been pretty rocky these past years. Rumors of a feud first started brewing in 2014, after JAY-Z and Beyoncé didn't attend West's wedding to Kim Kardashian. During his Saint Pablo tour in 2016, West publicly called out JAY-Z out for not visiting him and Kardashian after her Paris robbery. JAY-Z later shared his side of the story on his 13th studio album, 4:44 in three different tracks. In 2017, it was reported that the duo were back on speaking terms, and a year later, West teased a second Watch the Throne album, though that never came to fruition. Maybe we'll actually get the followup album now that the two are working together again.

by Emily Weaver 12 minutes ago