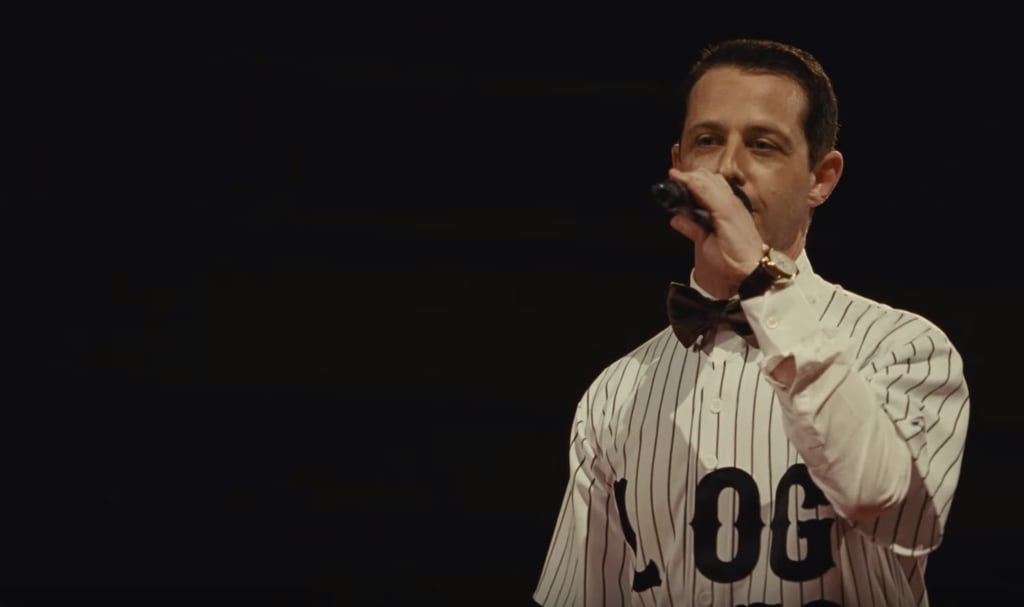 Oh, did you think Boar on the Floor would be the most humiliating part of Succession's second season? WRONG. Just one episode after Logan cruelly forces his son to visit the home of the man he (indirectly) kills, Kendall grabs the mic and performs a rap for Daddy Dearest.

As a devotee of the series, I have so many questions. When did he write these lyrics? Did he enlist a recording professional to help with the beat? Did he make that customized jersey himself? Did he practice in front of anyone? How is this a real thing we're watching with our eyes and hearing with our ears? Am I in a lucid dream state?

"The idea of Kendall rapping was, I remember, I was thinking, if you heard a billionaire's son had done that, you'd be like, 'Yeah, it sounds like the sort of toe-curling thing you might see on Instagram,'" creator Jesse Armstrong said during the show's Inside the Episode featurette. "I think it's pretty embarrassing. It's also kind of good."

"Good" is an interesting adjective choice here. Upon an initial inspection of Twitter, half the audience is ready to cancel Kendall, and the other half is looking for a way to make "L to the OG" their new ringtone. (There may be some crossover in this Venn diagram.) Here are some of the best reactions.

Related:
The Roy Family Is Back — Here Are All of the Characters in Succession's Second Season
Previous Next Start Slideshow
SuccessionTVTwitter Reactions