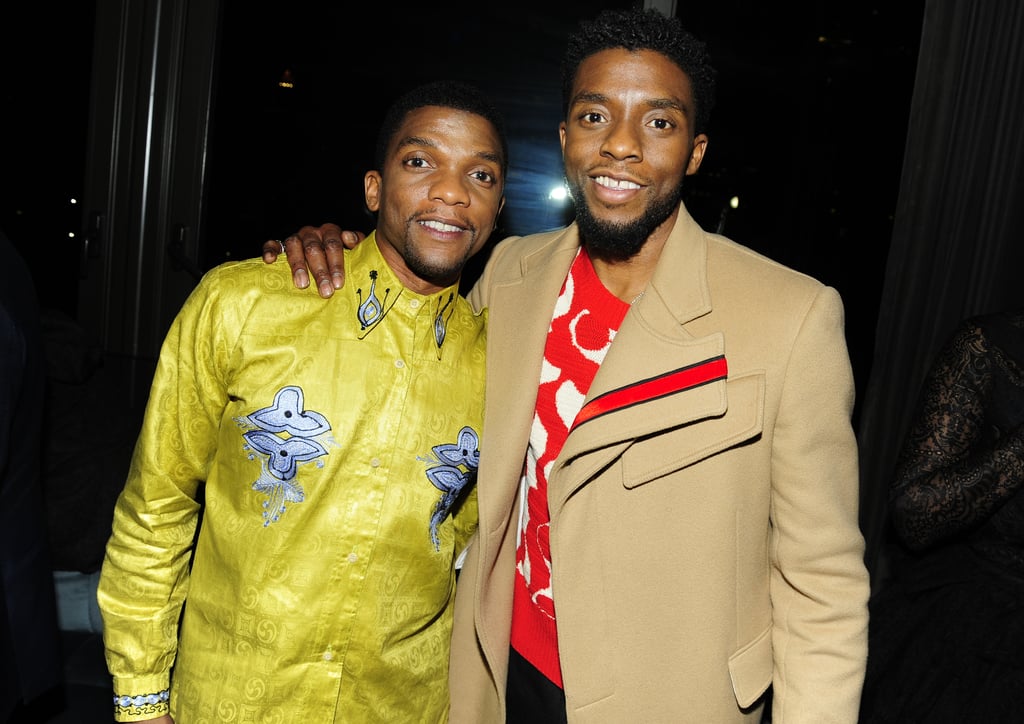 After seven years, Kevin Boseman made his triumphant return to the dance stage on June 21. The Alvin Ailey American Dance Theater alum headlined this year's Dance Against Cancer Outside benefit, which was held at New York's Damrosch Park. Kevin performed a piece titled "A Tribute to Our Heroes," alongside fellow National Dance Institute students Clifton Brown and Erin Fogarty, as well as the Harlem Alumni Ensemble. The performance was dedicated to medical professionals, educators, mentors, and the heroes lost to cancer.

"I feel very honored that Dance Against Cancer and Earl Mosley wanted to feature me as a dancer with a long career who is also a cancer survivor," Kevin told POPSUGAR ahead of the performance. "There is absolutely nothing like witnessing artists bare their souls in front of me. It's been more than a year since most people have been able to see live dance or any live performance, and this evening is packed with artists of the highest calibre and our piece is full of heart and energy, so I know people will be dancing in their seats and leave inspired and hopeful."

"He was a hero to me because he was courageously fearful."

Kevin previously took a break from performing to initially deal with burnout after working nonstop for 20 years, but then "life happened." "I had other medical issues and mental health issues before the cancer diagnosis in 2018. I made a return of sorts in 2019 with my first professional choreography credits, but honestly, I've been quietly plotting how to get back on stage since I left," he explained. "Over the past nine months, I've been working weekly with an amazing vocal coach to prepare for auditions when Broadway reopens, hopefully now as a singer-actor, who also dances a little bit. With what I've personally gone through and what my family has endured with cancer, the DAC benefit just felt right. I was also excited to get to work again with my friend of almost 30 years, choreographer Earl Mosley."

Kevin lost his younger brother, beloved actor Chadwick Boseman, to colon cancer in August 2020. He was 43. For Kevin, this was more than a comeback performance, it's a way to keep his brother's legacy alive. "After I signed on to do this piece, I received a beautiful email that brought me to tears from Erin Fogarty, one of the DAC cofounders, asking if we could dedicate the piece I'm dancing to my brother," Kevin said. "I know many people saw him as a hero. I certainly did, but not because of his work as an actor or his battle with cancer. Although anyone fighting cancer is a hero. He was a hero to me because he was courageously fearful. I can't recall a time when he didn't stand up to his fears and proclaim victory over them."

Back in October 2020, Kevin celebrated two years of being in remission from cancer, however, he noted that it sometimes feels weird for him to celebrate his life and health while also being in "devastating grief." "But that's part of the journey," Kevin added. "I've gotten the oddest messages on social media from people comparing my brother's journey to mine. I want people to know that no two battles are the same." With his performance, Kevin hopes to send love to those battling cancer and those who know someone fighting the disease. "Stay on the battlefield," he said.

The Dance Against Cancer Outside benefit helped raise money for the American Cancer Society. In addition to supporting the organization, Kevin emphasized the importance of routine checkups. "Healthcare is unfortunately still a privilege and there are many factors that contribute to healthcare disparities," he noted. "With that being said, the first line of defense against cancer or any disease will most likely be you and one of your regular doctors . . . Cancer is ferocious but early detection and early treatment can save your life, so don't ignore any significant changes in your health and absolutely stay on top of those regular checkups and screenings."

Check out Kevin's emotional performance ahead.

Celebrity Families
Ashlyn Harris and Ali Krieger Adopt Their Second Baby: "Our Hearts Are Full"
by Victoria Messina 18 hours ago

Simone Biles
Seeing Double: The Cutest Pictures of Simone Biles and Her Sister Adria
by Victoria Messina 22 hours ago