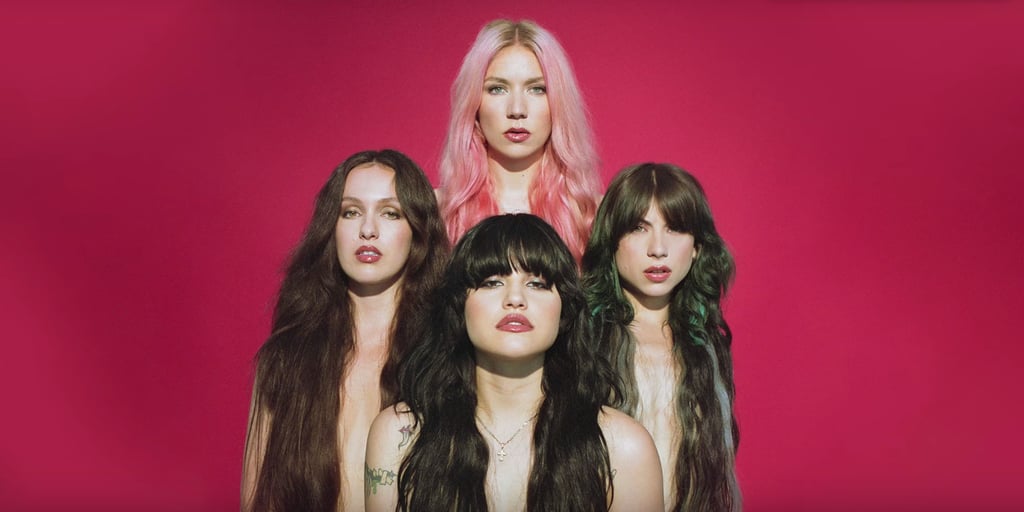 Nasty Cherry has been described as a mix of half Spice Girls, half Runaways and inspired by everything from Josie and the Pussycats to The Craft, but the all-girl rock band backed by pop superstar Charli XCX has still managed to carve out an original, exciting niche all for themselves over the past year.

So far the four-piece outfit — which consists of lead singer Gabby Bechtel, guitarist Chloe Chaidez, bassist Georgia Somary, and drummer Debbie Knox-Hewson — has released four songs, which are mandatory listening if you plan on watching Netflix's upcoming reality series about how the band got its start, officially titled I'm With the Band: Nasty Cherry. Charli XCX handpicked each member of the group, put them in a house together, and gave them everything they'd need to create rock 'n' roll magic, which we'll get a front row seat to when the show begins streaming on Nov. 15.

Although she's not actually a member of the group, the "2099" singer is still very much present in both the band's day-to-day lives and in their sound. Get a taste of what you can expect from Nasty Cherry by listening to the first four tracks they've dropped so far ahead!

Related:
Bye, 1999! Charli XCX and Troye Sivan Take Us to "2099" With an Ultrafuturistic Jam
Previous Next Start Slideshow
NetflixMusicTVNasty Cherry