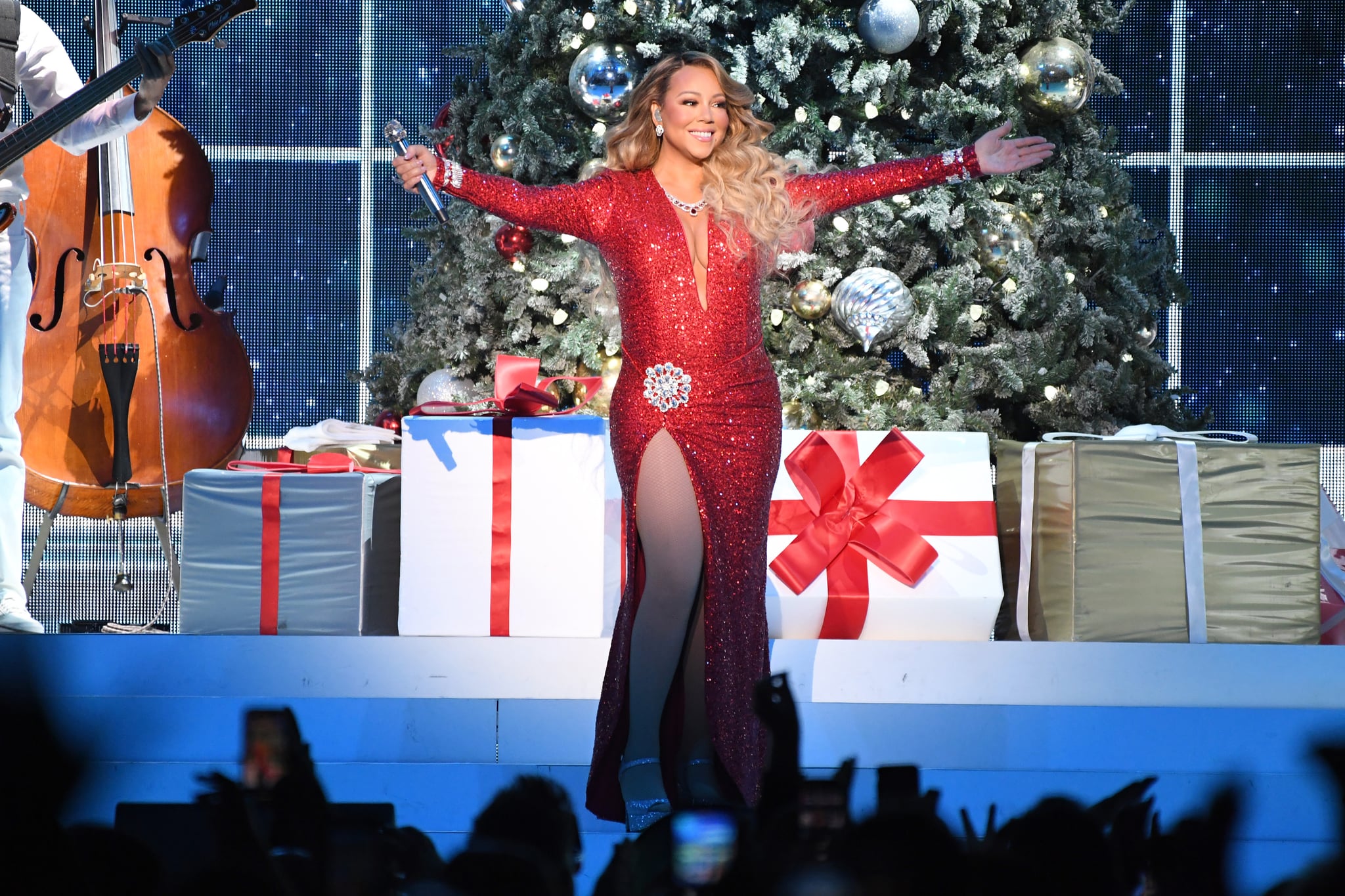 It took 25 years, but Mariah Carey's Christmas wish has finally come true. Carey's 1994 Christmas hit "All I Want For Christmas Is You," aka one of the most iconic holiday party jams ever, has hit No. 1 on Billboard's Hot 100 list for the first time (yes, ever). This marks the first time one of Carey's songs has topped the charts since the release of her 2008 hit "Touch My Body" — and it's about time.

Originally released on Carey's Merry Christmas album when she was 24, the timeless classic is the first holiday song to reach No. 1 since "The Chipmunk Song" by the Chipmunks and David Seville in 1958-1959. This also marks the 19th time Carey has had a No. 1 song overall, putting her only one single away from tying with The Beatles. Today, you'd be hard-pressed to see a holiday special or enter a shop in December that isn't playing the festive tune — it basically marks the start of the holiday season!

Carey also stars in the recently released mini-documentary Mariah Carey Is Christmas: The Story of "All I Want For Christmas Is You," which takes a behind-the-scenes look at the creation of the song and how it became such a hit. Yes, please! So come one, come all as we celebrate this momentous occasion, and rewatch Carey's original "All I Want For Christmas Is You" video here to get into the festive spirit.