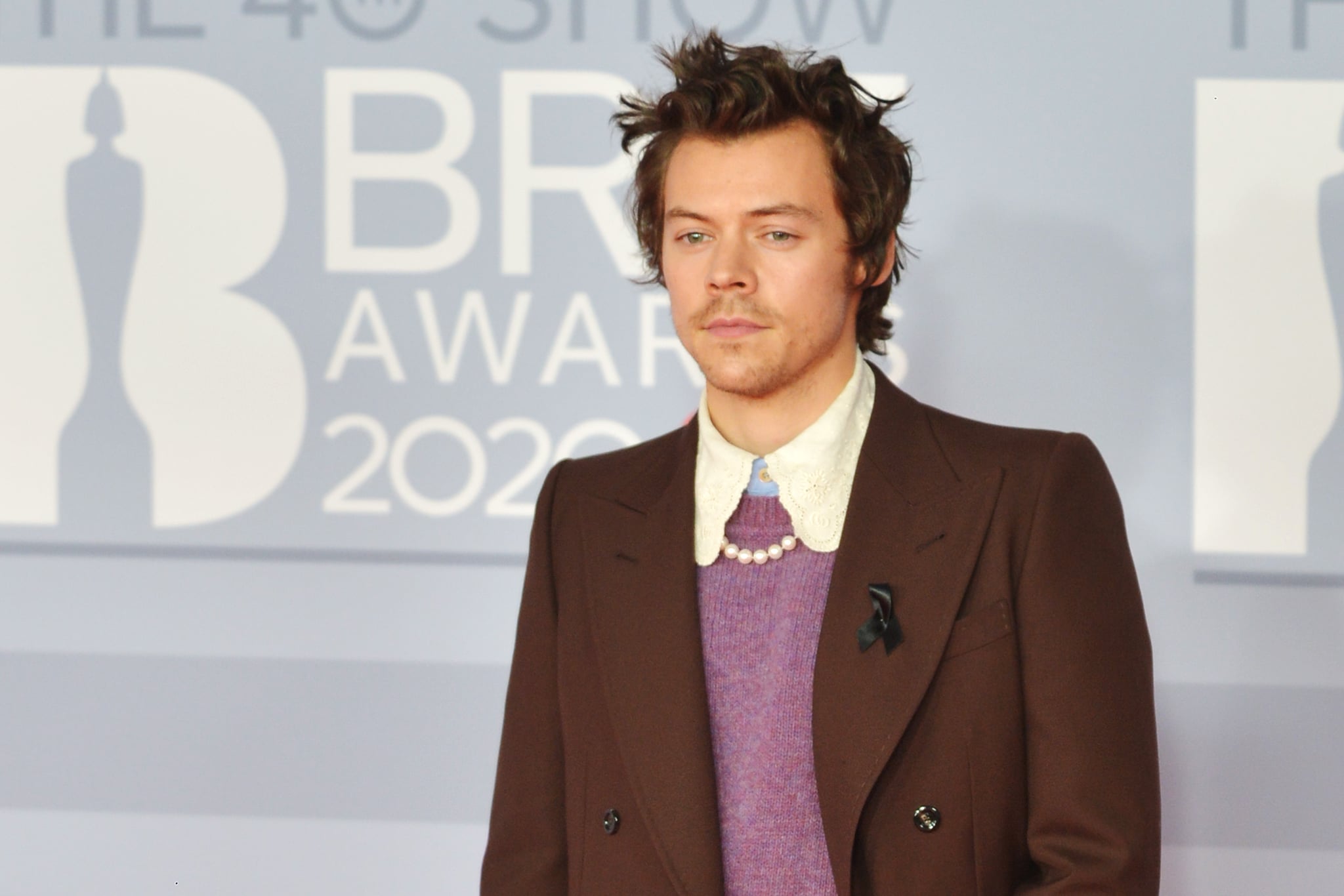 As the fourth phase of the Marvel Cinematic Universe (MCU) rolls out, new characters are popping up everywhere, making way for a major pop star to join the superhero franchise's ranks. Harry Styles is reportedly joining the MCU as the character Eros the Titan. The big news came as a surprise at the Eternals premiere on Oct. 18 when, according to Variety, Styles made an appearance in a post-credits scene, sending Styles and Marvel fans into a frenzy. In a recent interview with Deadline, director Chloé Zhao gave fans a little insight into her casting decision. "I kept tabs on Harry since Dunkirk, I thought he was very interesting," she said. "After meeting him I realized he is that character — the same way I cast the rest of my cast." She added that Eros wouldn't be part of Eternals if Styles turned down the role, calling him "very much a package deal."

Eternals follows a divergent race of immortal humans called Eternals who were created by powerful cosmic beings called the Celestials over a million years ago. At some point in the comics, the Eternals fled Earth and settled on the planet of Titan. When the Eternals movie picks up, a group of Eternals who have lived on Earth in secret for over 7,000 years must reunite to protect humanity from the evil Deviants. If you're curious about who Eros is and why his role in the MCU is so important, read on because I've got answers for you.

Who Is Eros the Titan?

Eros is the youngest son of two Eternals named A'Lars and Sui-San. His original name was Eron, but he was later legally renamed Eros. Considering Eros is the god of love and sex in Greek mythology, you can probably guess what the character's key personality traits are. He's a carefree womanizer who loves life, adventure, and romance. Eros goes by multiple aliases throughout the comics, such as The Knave of Hearts, Spaceman, and Starfox.

How Is Eros Related to Thanos?

Perhaps, the most crucial detail you should know about Eros is his relation to Thanos. The main villain in the final Avengers movies is Eros' older brother!

Is Eros a Hero or a Villain?

Don't go thinking Eros' familial tie to Thanos means he supports his big bro's schemes to snap half the universe out of existence. In the Marvel comics, Thanos leads an attack on Titan that leaves their mother dead, a loss that leads Eros to take life more seriously. Eros subsequently teams up with The Avengers to take down Thanos.

What Are Eros's Powers?

Like all Eternals, Eros has the ability to manipulate cosmic energies, is immortal, and possesses superhuman strength, stamina, speed, and reflexes. But what sets Eros apart is that he has the prodigious ability to master powers it takes other Eternals centuries to perfect, such as pleasure stimulation (he can stimulate the pleasure centers of brains of people within 25 feet of him), psychokinesis, and fast flight.

What Is Eros's Role in Eternals?

Those who attended the Eternals premiere are keeping tight-lipped about what the post-credits scene revealed about Eros' role in the MCU. His big brother Thanos was decapitated at the end of Avengers: End Game, but a deleted scene from the movie hinted his death might not be final (he is an Eternal, after all). So, will there be a reunion of the brothers down the line? Fans will have to wait until Eternals hits theaters on Nov. 5 to learn more about Eros.

Celebrity News
Meat Loaf, Louie Anderson, Sidney Poitier, and Bob Saget Are Among the Stars Who Died in 2022
by Naledi Ushe 15 hours ago